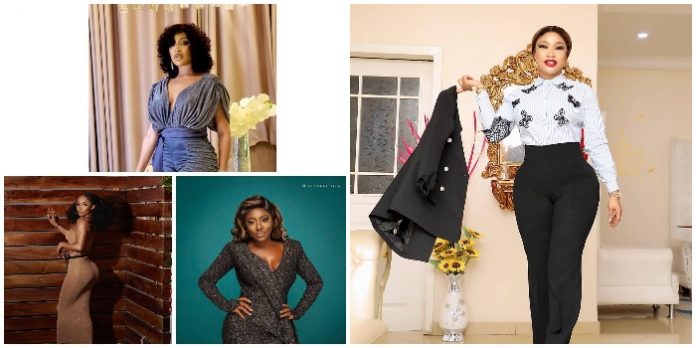 Plastic surgery is becoming very popular in Nigeria as more women are now embracing the procedure. A few years ago, no woman would have been able to talk about enhancing her body feature but that has since changed.

For some women, the idea of plastic surgery is to enhance the body part that they want to look good in while others go for it because of self-esteem issues.

To some extent, plastic surgery has now become acceptable in Nigeria as some women who engaged in it revealed that they didn’t have to travel all the way abroad to work on their bodies.

As popular as the procedure is becoming in Nigeria especially among celebrities, not many of them are open about it. Meanwhile, some talk about it at every chance they get.

When it comes to conversations about plastic surgery, you can trust the Nollywood actress to march forward and share her experience. In fact, she was open about going for the procedure in a video she shared online.

The mother of one has not stopped talking about her surgery as she often takes to her social media page to share throwback photos of her tiny hips, thanking her doctor for doing a perfect job on her, or even calling out people who said she looked good without her surgery hips.

The popular media personality does not even hide the fact that she enhanced her hips and bottoms. In fact, her official Instagram page is where she displays beautiful photos of her rocking lovely outfits that show how good she looks in her new body.

Recently, the actress revealed that she worked on her stomach after she had her son, which made her look curvier. She stated that she had the surgery done in Nigeria.

According to the mother of one, she does whatever she wants with herself and her body.

The beauty mogul took to her social media page to speak about women going to quacks for their body enhancements. A follower then told her that her bottoms also looked fake but Dabota was quick to disagree with her saying that there is nothing that her body cannot carry.

A few years ago, the 2011 winner of Big Brother Africa revealed that she worked on her bosoms to become bigger. According to her, it cost her over N1 million, noting that she makes good money from it.

Karen stated that investing in her bosoms makes her happy and that is all that counts. She also revealed doing the procedure at the age of 23. The reality show star has since gotten married with a child.