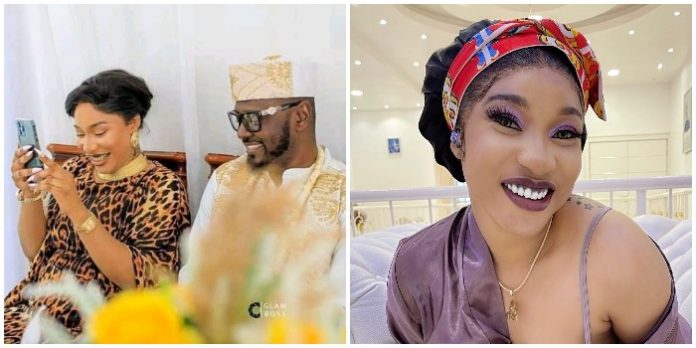 The ongoing drama between Actress Tonto Dikeh and her ex-lover, Kpokpogri, seems to be gaining new twists everyday.

The mother-of-one released her chats with her ex, Prince Kpokpogri, to show how he reacted when she confronted him about the leaked voicenote where he was talking bad about her to a woman.

This is coming after Kpokpogri claimed that he broke up with Tonto because of her smoking and drinking habits long before the voicenote was leaked and the voicenote wasn’t the reason why they split.

Tonto has now reacted, asking how she can leak a voicenote she knows would affect her too. 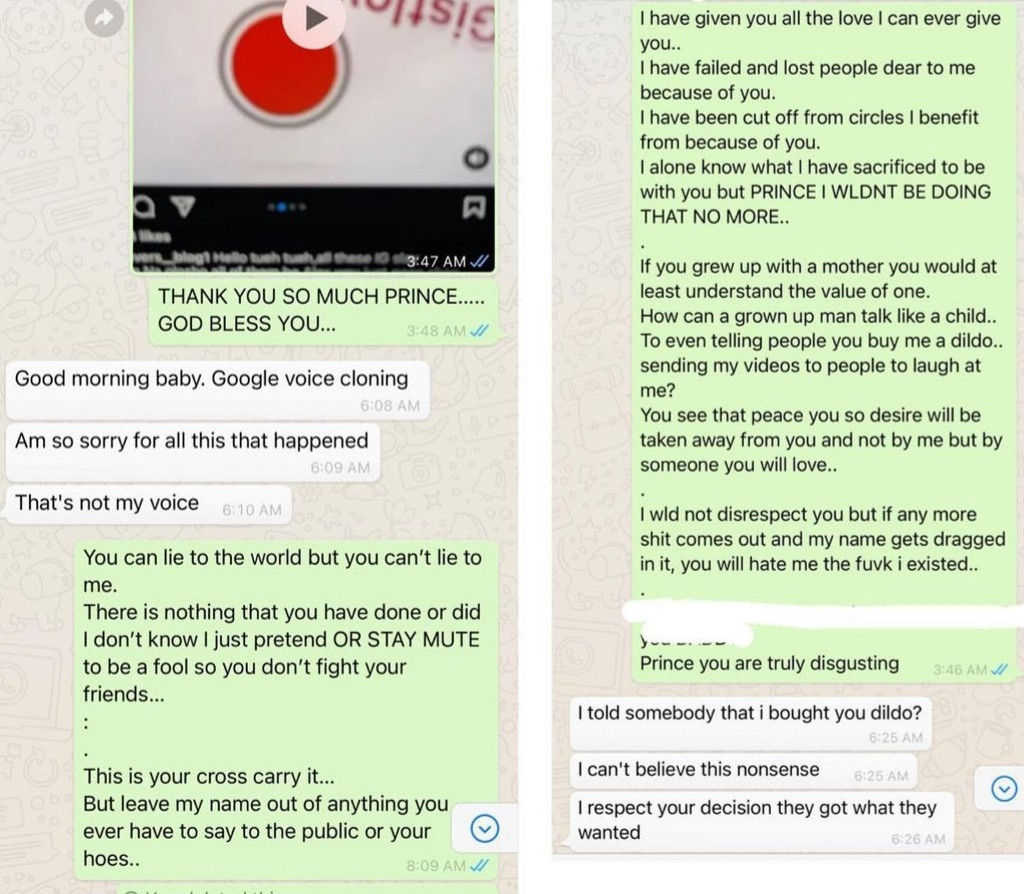 In chats, Tonto released Kpokpogri is seen claiming his voice was cloned after she confronted him about his leaked voicenote.

She wrote in the caption ;

I am a very truthful person. I have not a bone of lie in me.. I tried so hard to ignore all these You can’t ridicule me with the story that you broke off this relationship and then I leaked a voice note that would affect me too.. You cant also use my past to Hurt me either…

A relationship ended privately, you shld have left it in peace that way… Rather you went ahead with your blackmail threats and actually carried your threat out..

You begged me to publicly come out and defend you in this and I didn’t, is that my crime?? How cld I support you with such a demeaning leaked Voice note!!! 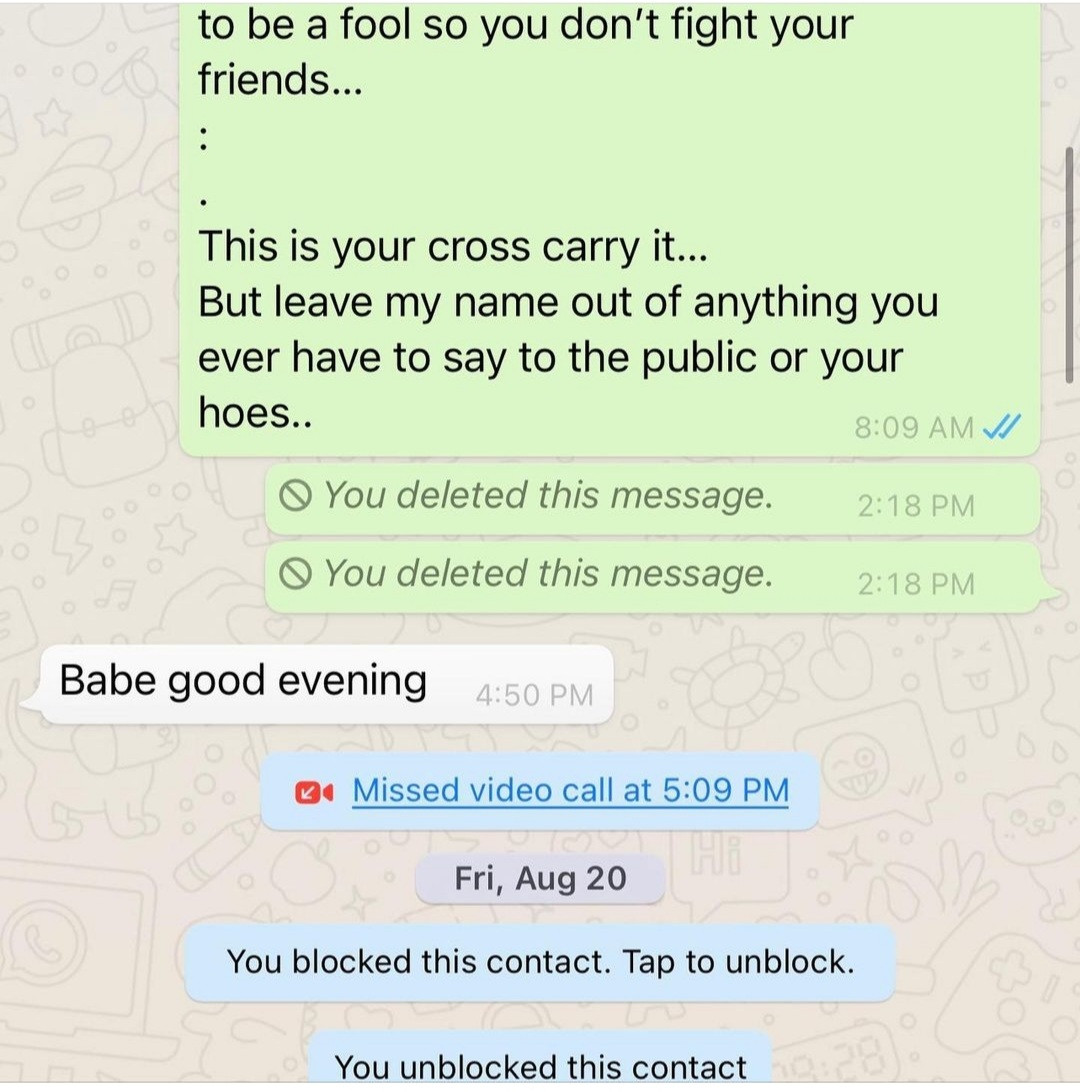 I would love to respect you But you would need to give me the opportunity to do so. Respect is earned!! 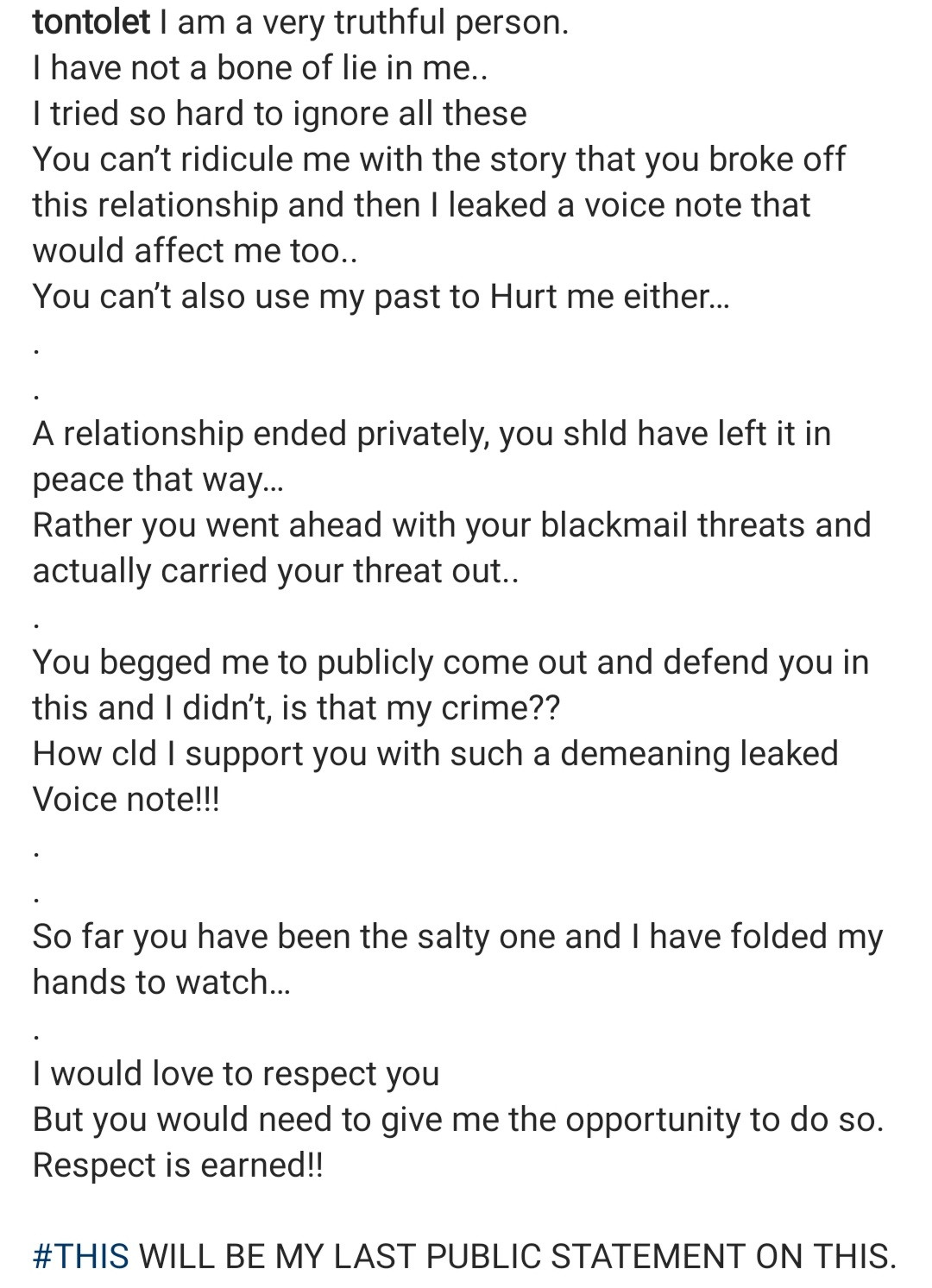