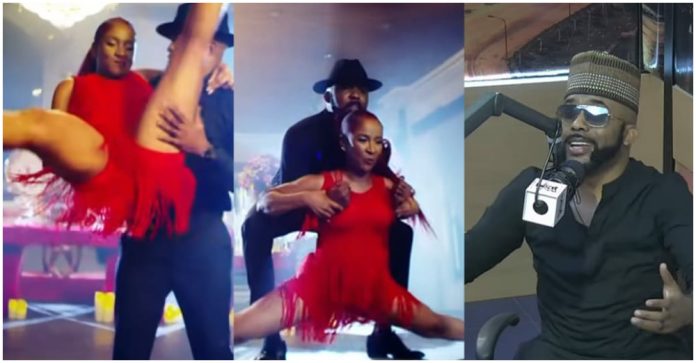 After weeks of teasing his new single and video, Jo, Nigerian singer Banky W finally released the song along with the music video and well, let’s just say, fans of both Banky and his wife, Adesua Etomi will not be disappointed by the music video.

The music video sees the couple bursting out some salsa moves and doing what some people have called ‘dangerous’ choreography. If you haven’t yet seen the music video, here it is.

Speaking to The Beat 99.9FM about the song and video, Banky opened up about his inspiration for the song, the video, and also shared some funny and interesting stories from the behind the scenes. Here’s what Banky said about the music video.

Speaking about what inspired the song, Banky said it was seeing his wife dance for the first time that inspired him. He said: 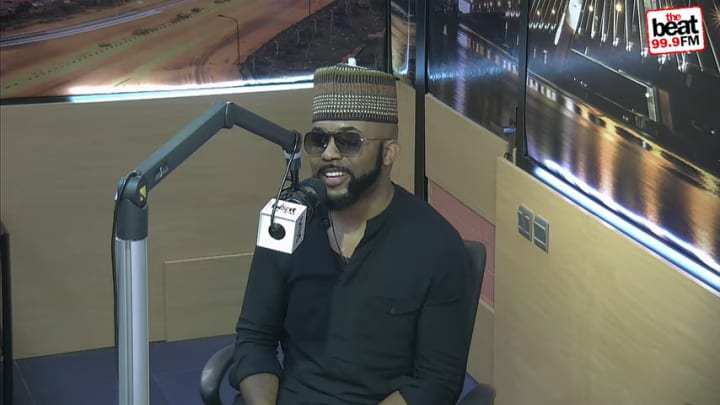 I was inspired by the first time my wife danced for me. This was like a few years ago of course. The first time we were in that kinda intimate moment, I was like ‘wow, I’ve hit the jackpot!’ It was a different kinda dance sister but it was an inspiring moment for me and I always said I was going to write a song about it. Cuz you know, we’re married now, we’re in our fourth year and sometimes you look around and marriage now looks like something you have to endure rather than enjoy and I’m just trying to show people that it’s not always like that. I’m having the best years of my life now.

Then, on the inspiration behind the salsa music video, Banky said:

I always wanted to do a Salsa or Latin flavored video. It’s something I’ve wanted to do for years but I just never really put it together and I’m glad I didn’t because Susu and I in this video, woosh! Where is the flame emoji? We need the flame emoji. I’ve done a lot of videos in my life, this might be my favorite video ever. Because there’s so much flavor. It’s turnt. It’s lit. It’s fully lit.

Prior to this video, we didn’t have any salsa knowledge but I knew that this is what I wanted to do with this song so we found a friend of ours, Bunmi Olunloyo who is an amazing dancer and choreographer and we said, ‘Hey give us a bootcamp’ so for like a month straight, we were rehearsing like 2, 3 times a week. Then we took a little break because Susu had to go off and shoot a movie and I had other things to do. So when we came back, about a week and half, two weeks before the video, we just rehearsed, rehearsed, rehearsed. So it was an intense rehearsal schedule to get to this point but I’m so glad we committed to it.

Finally, Banky shared some funny and interesting stories about rehearsing all the dangerous parts of the dance. He said:

I think for me, when you’re doing all those spins and tossing her in the air, I had to get over the fear of dropping her. I mean she did the harder work cuz she had to flip in the air but I gotta catch you, you know. So in the first few weeks, I’d throw her up and I’ll be trying to bring her down from the sky because I’m like nothing can happen o, this is the mother of my child. We’re not gonna have no accidents on this set. So just mentally breaking through that fear of nothing can happen to her. So they used to laugh at me that I care too much but we did it and I’m so proud of the work we did. I might have had kinda one or two moments where it was a little dodgy but you know, my God is bigger than any accidents so all is well that ends well and we’re all good.

Alas, it all paid off and both of them made a very interesting music video. What do you think about Banky’s new song and music video? Let me know by leaving a comment on my Facebook post.