MaDailyGistGet the Latest Gist in Town
More
GOSSIPGet Daily Gist
More
Home Celebrity/Entertainment “The tongue and teeth fight everyday to speak or eat but they... 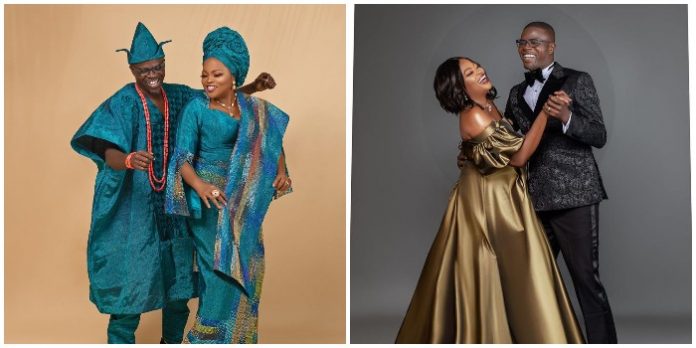 JJC Skillz has penned a lovely note to his wife, Funke Akindele Bello ahead of their coming fifth wedding anniversary.

The former music producer turned film director and actor took to his Instagram page to share a video of himself and the star actress announcing their special song to celebrate their coming anniversary.

“AHAN ati EYIN = The tongue and teeth fight everyday to speak or eat but they coexist forever. This song is to remind us that we will have ups and downs. But our love will last forever. 🙏🏽 I pray we never encounter an issue we can’t forgive or forget. Love you always. 5th year anniversary loading 🥰” 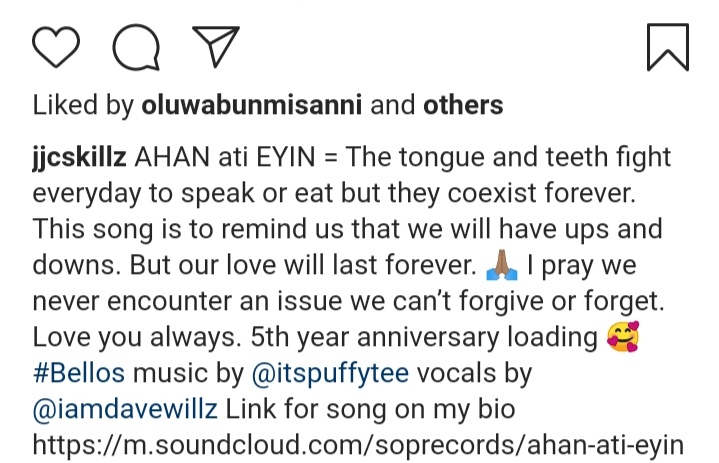 In another news, Nollywood actress, Eniola Badmus flooded Instagram with videos of her, Funke Akindele and her husband hanging out together. In the videos, Eniola and Funke were seen having a great time together along side few friends.

In one of the videos , Funke was heard telling Eniola to prove her beauty without using a filter.

In her words; “o pree… You’re very pretty but remove the filter and lets see”. Eniola replied her with ‘Motherfucker’

Captioning the video, the plus-size actress wrote; “Positive Vibes only….. TELL ME WHAT YOU LIKE ABOUT THIS DUO”

Taking to Eniola’s comment section, the mother of two wrote;

“I love you eniola. Thank you for always reminding me to calm down and unwind. God bless you dear. By the way you still be mumu sha”

Watch the videos below;

Reacting to the videos,

@adornedbydolly wrote “The bants always worth the watch”

@floridaokunowo wrote “Their chemistry is baaaaad!”

@dah_rihana wrote “Ur friendship I wish am still cool lik dis wit my best frd. I miss her”

@layosignatures wrote “These two Mama’s can play for Africa”

@nelsonjoshua007 wrote “Nothing rather than their crazy Ghetto lifestyle”