MaDailyGistGet the Latest Gist in Town
More
GOSSIPGet Daily Gist
More
Home Celebrity/Entertainment The Baba Ijesha I know couldn’t have done what he is being... 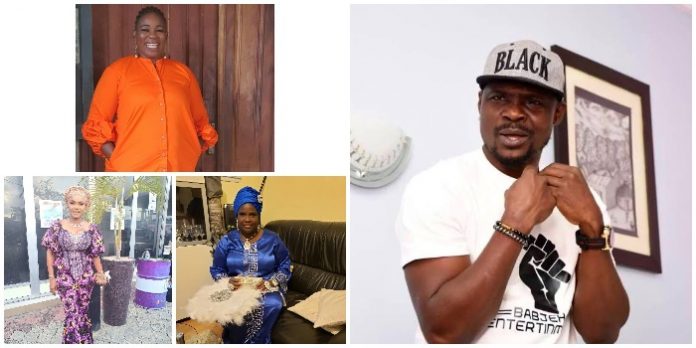 Baba Ijesha is being held at the State Criminal Investigation Department (SCID) Panti pending legal advice from the Director of Public Prosecution (DPP), following allegations that the actor molested the 14-year-old girl seven years ago and recently.

However, Bukky Black showed support for Ijesha as she believes he isn’t guilty of the said crime. According to her ‘the Baba Ijesha’ she knows isn’t capable of doing such as he has always been shy around women.

Replying her, Iyabo Ojo called her a disgrace to womanhood and asked if her ears are blocked.

Is you ear paining you? Did you not hear his confession where they were telling him he did it years ago and he came back to do it again claiming the world is working against him.

Your grandchild should be taken away from you because you are telling me that if someone you know that you love passionately should assault your granddaughter and she comes to you and say Grandma this person assaulted me, you will tell her to shut up and look away because that person that committed that crime is somebody you love so much.”

Nollywood actress, Ada Ameh also heavily descended on Yoruba actress Bukky Black for defending Baba Ijesha over his rape case after he was accused of se.xually molesting a teenage girl.

Reacting to this, Ada Ameh who lost her only daughter in late 2020 described Bukky Black as stupid and a shameless woman who does not deserve to be counted among women.

Always speak the truth no matter your relationship with someone, never cover up for them.