MaDailyGistGet the Latest Gist in Town
More
GOSSIPGet Daily Gist
More
Home Celebrity/Entertainment “Strong men came to push the riff-raff away for the king to... 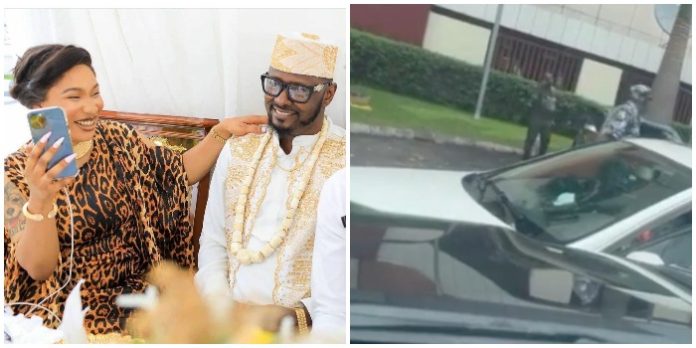 Controversial Nollywood actress, Tonto Dikeh has shared a video which captured the moment her ex-lover, Prince Kpokpogri was arrested.

Sharing the video on her Insta-stories the singer mocked a certain ‘riff-raff’, speculated to be her ex-lover, Kpokpogri and bragged about how strong men came to push him away for her to pass.

“Strong men came to push the riff-raff away for the king to pass”, she captioned the video.

It was earlier reported that Tonto Dikeh‘s ex partner, Prince Kpokpogri has allegedly been arrested and detained by the Nigerian police.

The mother of one’s friend and colleague, Doris Ogala hinted on the arrest in an Instagram post she shared recently. Although she didn’t give names, she however stated that the person will be “sleeping with mosquito” till Wednesday October 20.

Journalist and former Presidential aide, Jackson Ude later corroborated the arrest claim, where he mentioned Kpokpogri as the detainee.