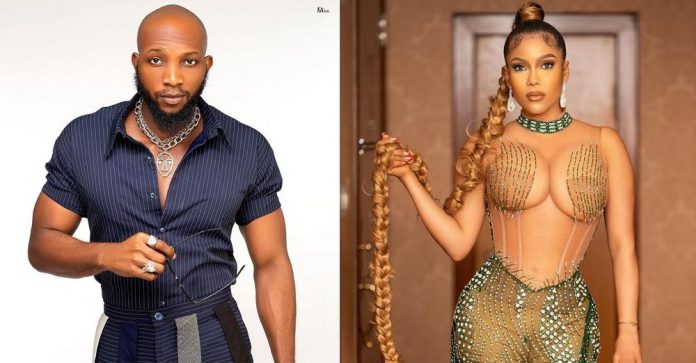 Big Brother Naija star, Tuoyo has weighed into the controversy surrounding his co-reality star, Maria, after she was accused of snatching a married man from his wife.

It would be recalled Maria came under fire after popular socialite, Cubana Chief Priest, called her out on social media for dating his sister’s husband, Kelvin.

However, the reality show star is yet to respond to the allegations and seems unbothered by the public criticisms she has been receiving.

Reacting to this, Tuoyo took to his Instastory to tell those criticizing Maria to stop the hypocrisy because they do worse things lowkey.

According to him, majority of those criticizing her are plotting ways to snatch someone’s husband or wife.

“Abeg make una leave maria alone, many of una dey do worse lowkey. So many insulting her right now are potting ways to snatch someone’s husband.” 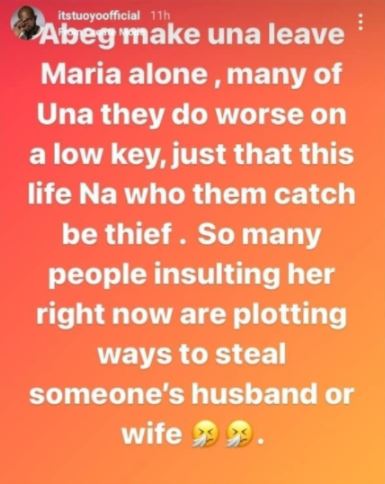