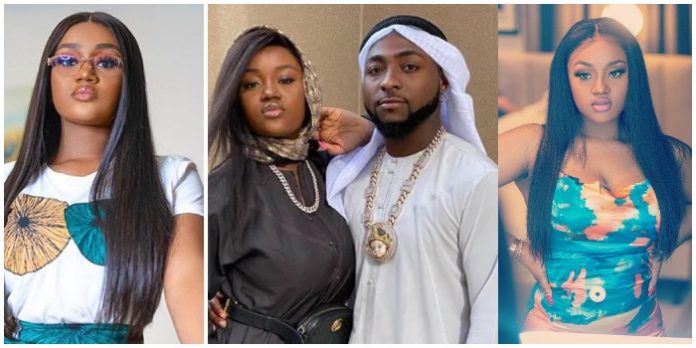 Davido’s baby mama Chioma has shared a cryptic message advising that if you can’t be good to people, at least do not hurt them in any way. 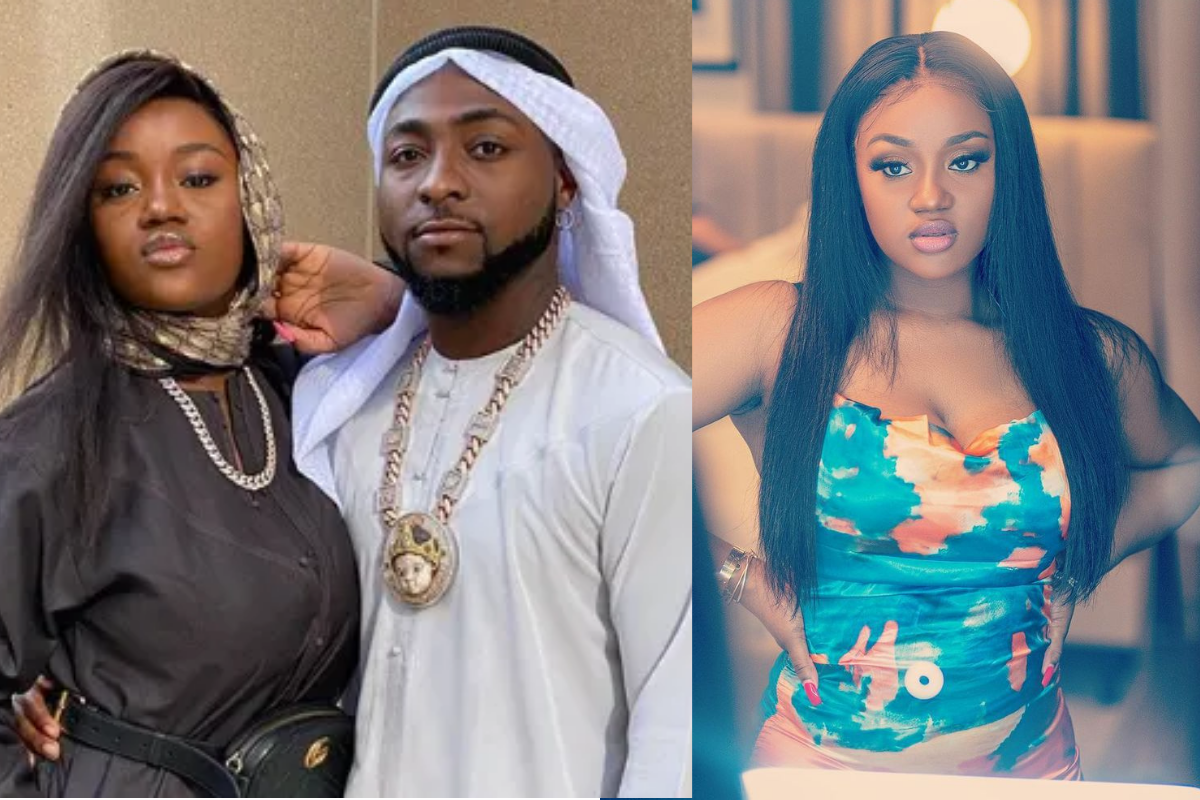 Chioma shared the cryptic post on her page as if it was directed at someone saying if you can’t be good to people at least you shouldn’t hurt them in any way because that alone hurts a lot especially when you are close.

This cryptic post of Chioma makes us wonder who is trying to hurt her or who has hurt her with their actions when she has been good to them expecting that they reciprocate the same goodness or nothing less than that.

This is what some people terms as paying goodness with evil as they take advantage of someone’s kindness towards them and do whatever they please which sometimes hurts the other party at the end of the day.

Hence, Chioma has advised that if you know you can’t be good to people no matter how good they are to you, at least try your possible best not to hurt them in any way because in most situations the receiver just gets disappointed. 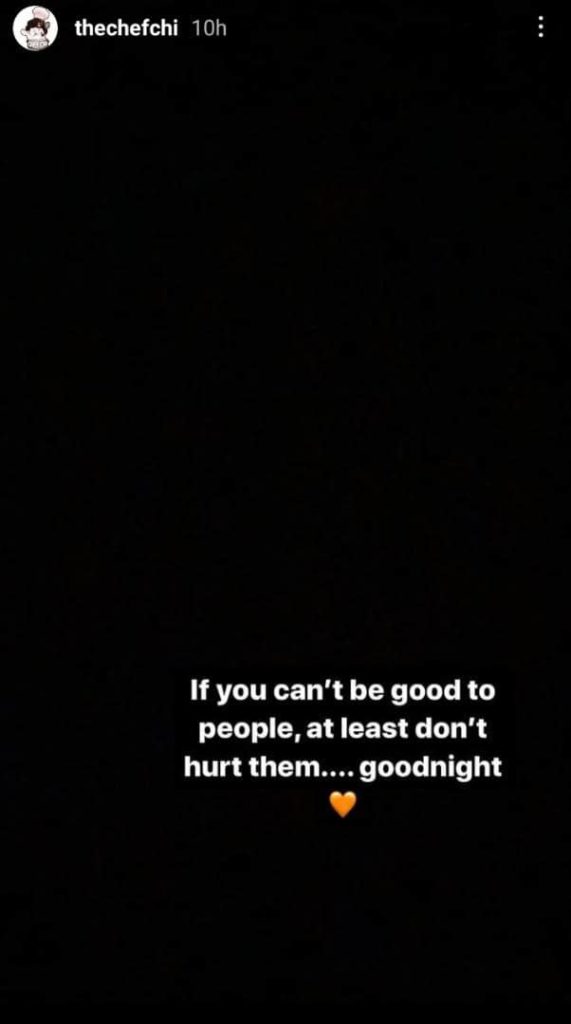 Some social media users have reacted to the recent post by Davido’s third baby mama, Chioma Rowland made on her Instagram story.

Some people think Chioma Rowland is still pained by the alleged claim that she and Davido’s relationship has hit the rocks despite the assurance he gave her. See reaction below: 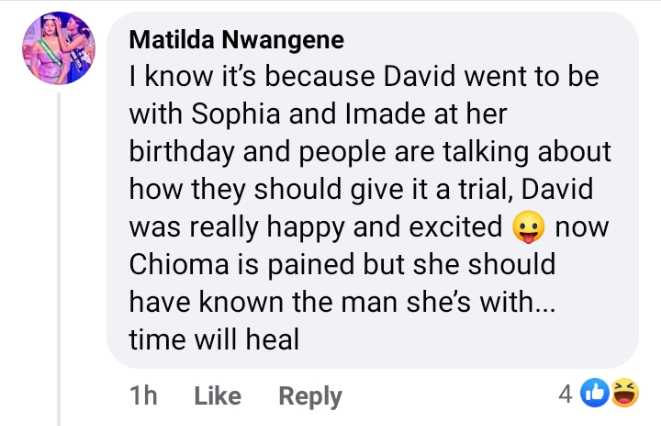 Meanwhile, last week Chioma also shared a cryptic post that can be subjected to different interpretations in a new InstaStories publication we sighted. 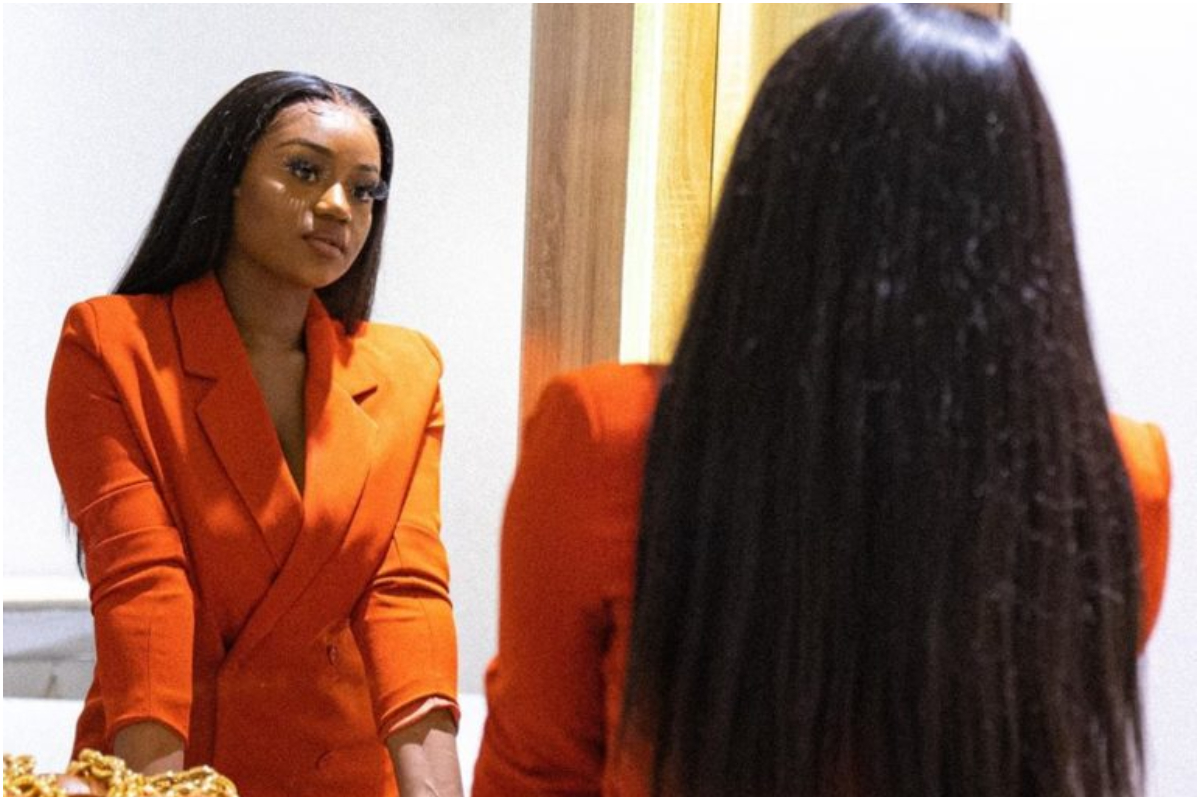 Affectionately called Chef Chi, Chioma implied that most people don’t actually know all the sufferings and troubles she has passed through in the past, but some of them are still wondering how she’s coping.

Her post read; ‘I’m proud of you…The truth is, if most people really knew your story and all the things you have been through, they’d probably wonder how you’re still smiling. So, if you don’t hear it from anyone else, I’m proud of you.’

Recall that a few months ago, it was rumoured that Chioma and the Afrobeat singer, Davido have gone their separate ways over Davido’s infidelity when he publicly kissed American model Mya Yafai. 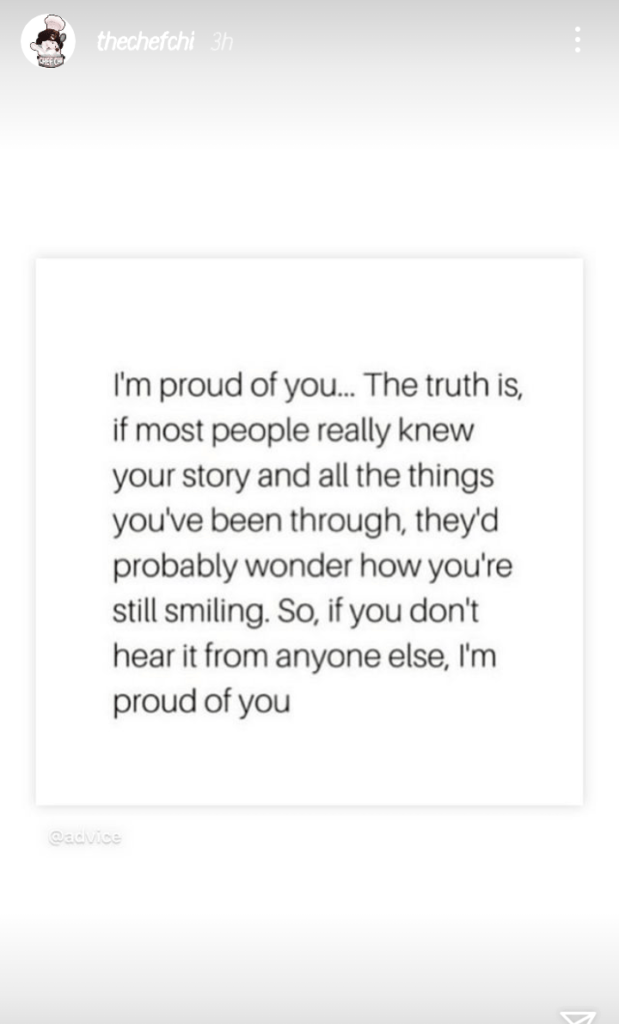