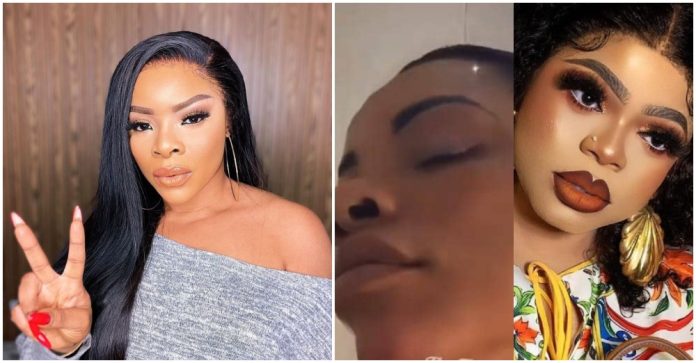 Businesswoman Laura Ikeji has been dragged for getting herself a new jaw months after reshaping her nose and netizens think she looks like Bobrisky now.

Laura Ikeji has been trying her best to loo perfect hence going for surgery to change something on her face or body whenever she gets the money and this time around she went to acquire a new jaw but some netizens think it’s not necessary.

Laura Ikeji seems excited about her new looks but some netizens aren’t sharing the same view with her as they think whatever she did to her jaw has made her resemble Bobrisky rather and no longer beautiful as she used to be.

Laura Ikeji before her surgeries was a very beautiful woman but no one knows what influenced her to get a nose that is shaped like that of Kim Kardashian and now it’s a new jaw that makes her look like Bobrisky according to some fans. 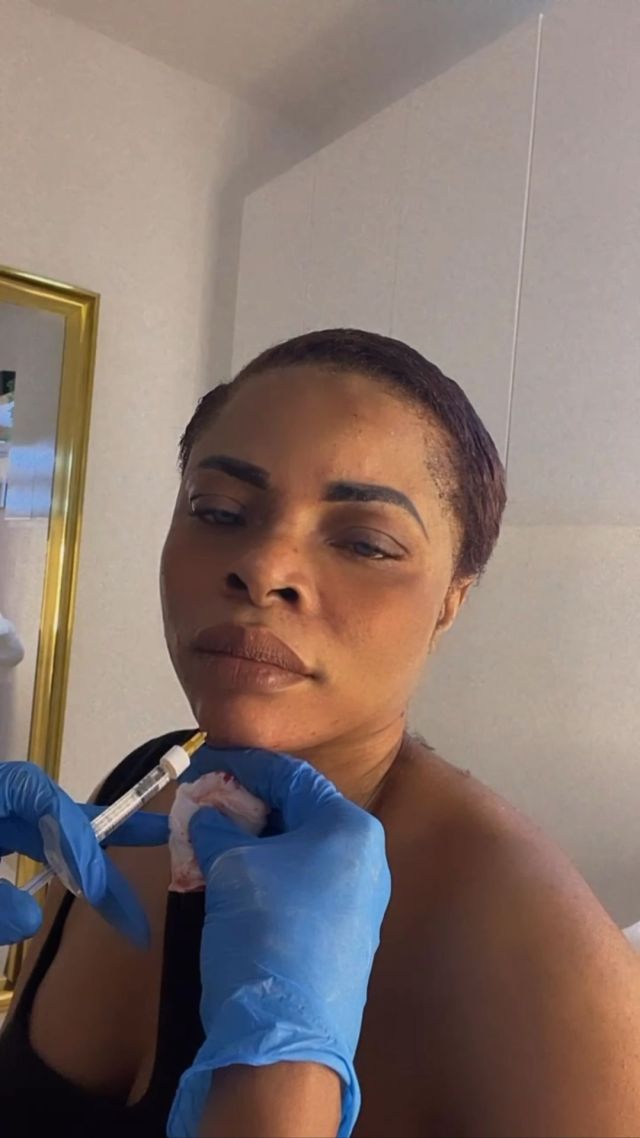 Laura Ikeji herself sees nothing wrong with what she did and most female celebrities and public figures commenting on her post also saw nothing wrong with it but some netizens were bold enough to tell her that it didn’t make her beautiful as she wanted.

Some were just making fun of her saying she’s going to be the Michael Jackson of Nigeria as very soon she might go for change of complexion just to look like a white person asking her to end her surgeries before the worst happens. 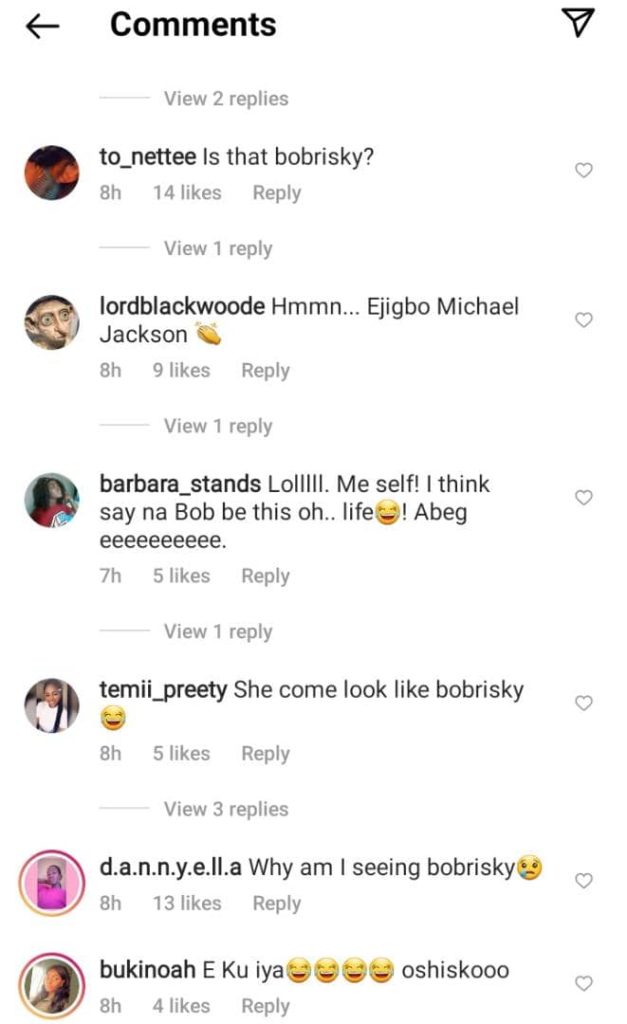 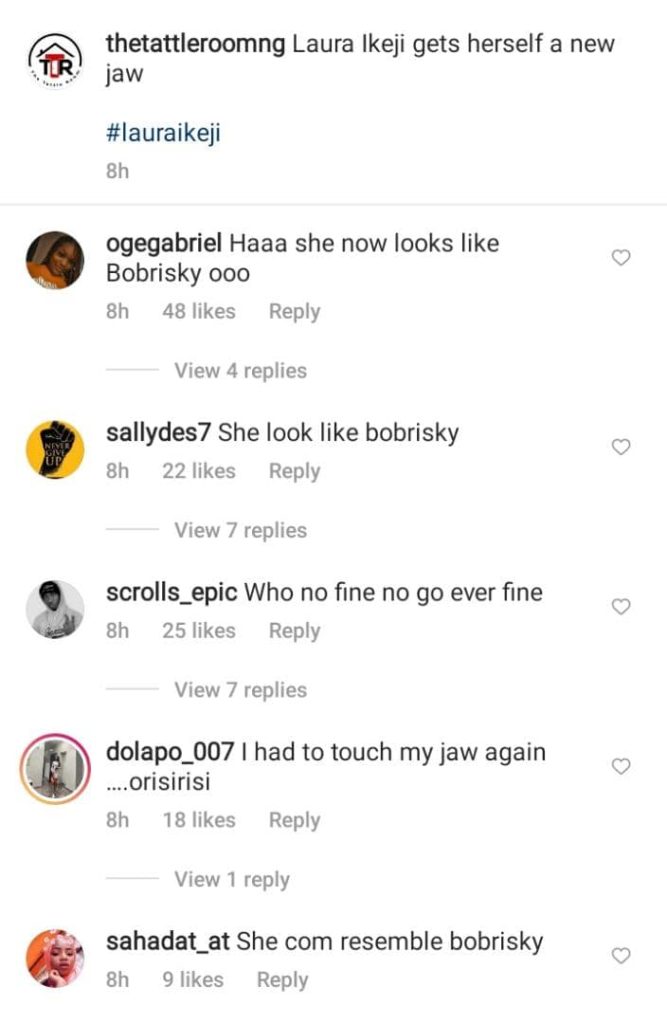 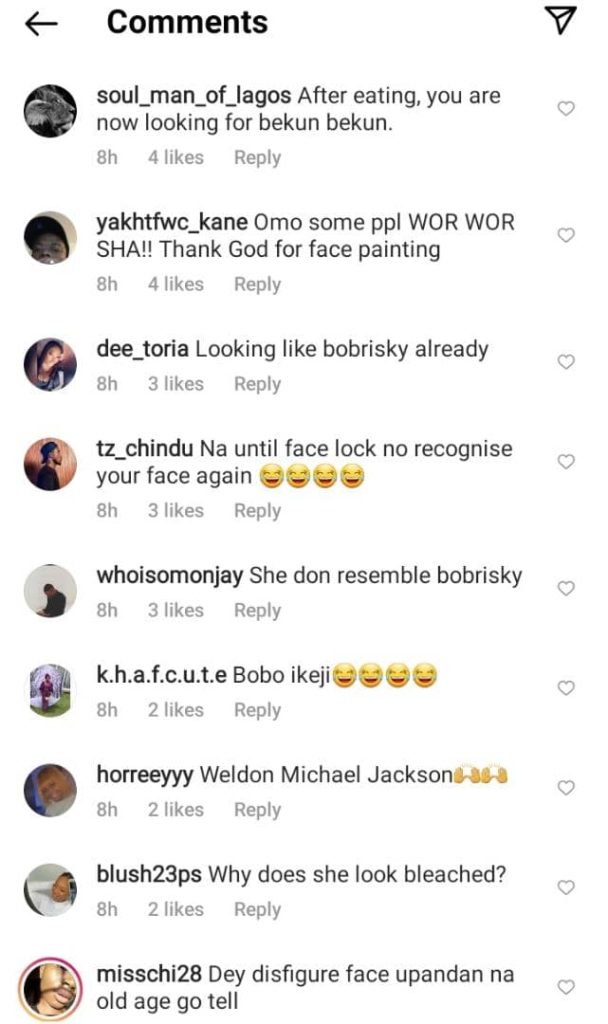 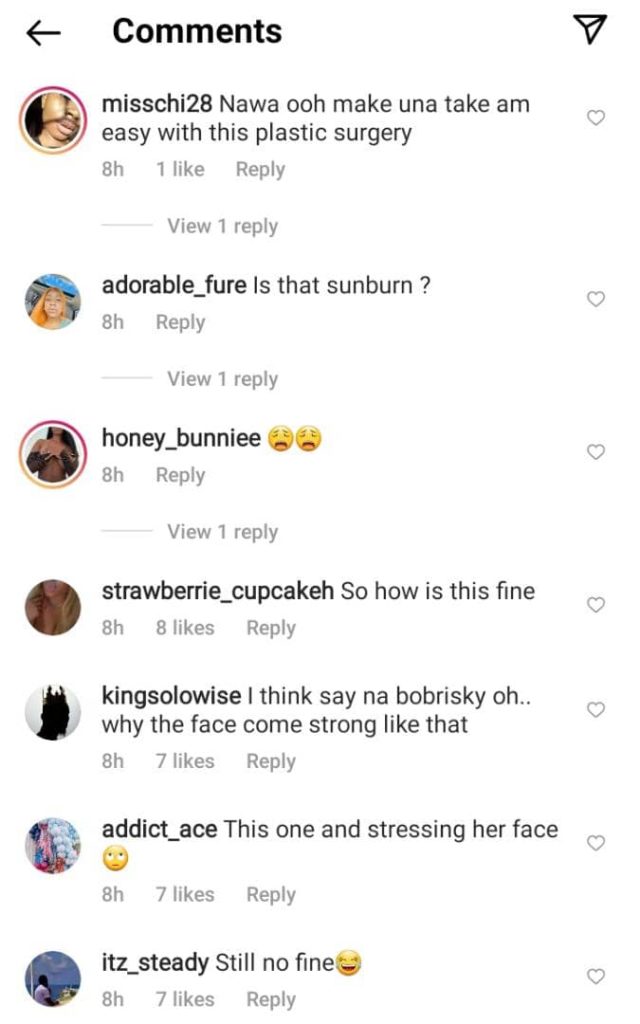