MaDailyGistGet the Latest Gist in Town
More
GOSSIPGet Daily Gist
More
Home Celebrity/Entertainment “She don receive alert, It’s like he bought the car for her”... 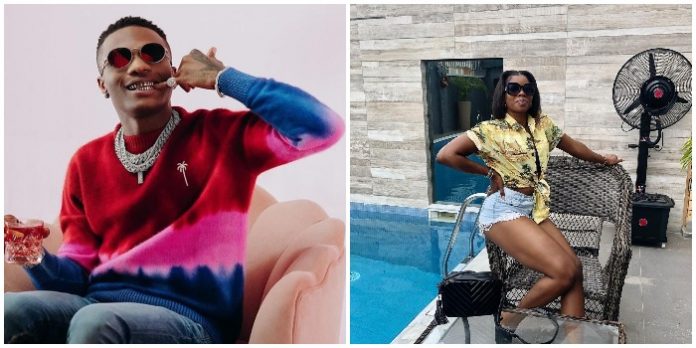 Shola Ogudu, first baby mama of superstar singer, Wizkid has got tongues wagging after she described the singer as an amazing man.

The mother of one took to Twitter in the early hours of Thursday, March 26th to offer words of prayers for the Grammy award winner and applauded the father of her child.

“Ayodeji is such an Amazing person? And I pray that God grants unto you that which your soul yearns for and that which your heart really and truly desires. It shall end in PRAISE ?,” she tweeted.

Shola’s tweet sparked reactions amongst fans who wondered what their favourite could have done right, which made his baby mama to start her day with praise and words of prayer for him.

mz_joiz wrote, “It’s like he bought the car for her”.

kitty.x.o.x wrote, “Be like say he don Dey do normal…sometimes you need to call them out for them to have sense”.

This is coming after, Shola called her baby daddy, Wizkid out on social media in 2018 over his constant neglect of their first son, Boluwatife.

In September 2018, Sola in a very lengthy pot on Instagram, made several claims about the father of her child.

Well, in a shocking turn of events she has now taken to Twitter to applaud the father of her child and showered prayers on him.