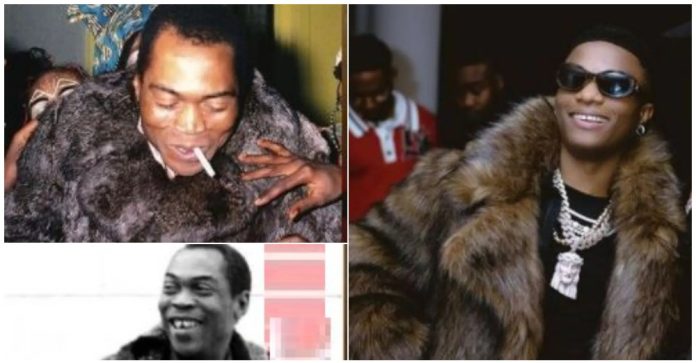 Grammy-winning Nigerian singer, Wizkid, has had fans arguing over who is more superior between him and Afrobeats pioneer, Fela Kuti. 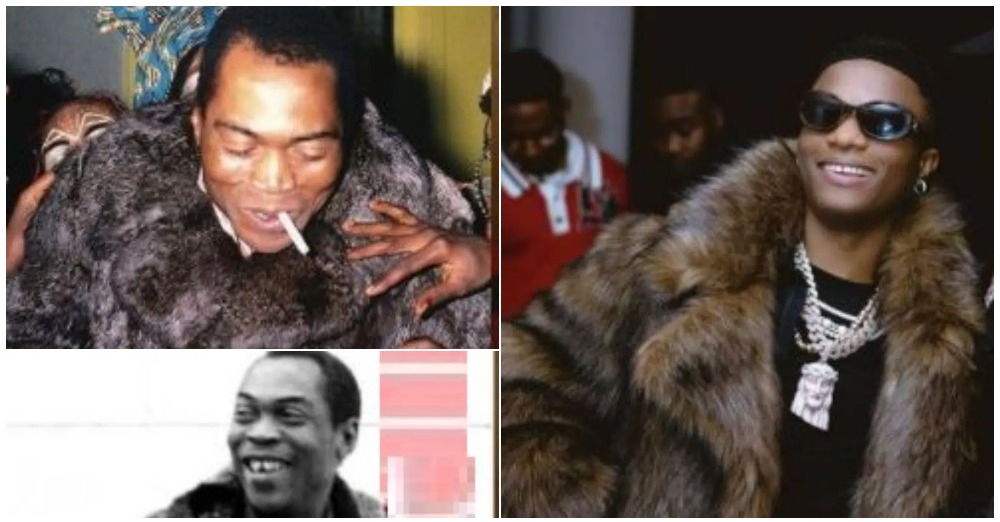 Wizkid, who is still making waves online over his successful O2 Arena concert in London, has now raised a new argument online.

The Made in Lagos crooner appeared to recreate Fela Anikulapo Kuti’s iconic photos in snaps posted on his Instagram page.

In the snaps, Wizkid wore a big brown fur coat just like Fela did in some of his popular photos.

The photos made the rounds online and led to a back and forth from fans who decided to argue over their superiority.

See the photos below:

Since the photos went viral, some of Wizkid’s fans shared their interesting reactions. Read some of them below:

Jay_henryjay: “All these peoples basing this argument on Fela being a legend, no one is arguing that with y’all. But being a legend doesn’t mean people won’t out do you. Pele and Maradona are football legends, but rn Messi is the goat…Hubert Ogunde is one of the movie industry pioneer in Nigeria, he is a legend and peoples have outdone him, RMD is doing really great. Tupac, Snopp, 50 cent are hiphop legends…dem Jayz, kanye are outdoing them rn. MJ is a legend but people will out do him. Wizkid is doing really great rn and he is goated than Fela.”

Jennblinkz: “Who be Fela? wizkid is a top artist waiting he dy sing and fela no be the same thing type of music he dy sing fela no go fit sing am❤️.”

karbankz1 wrote: Wizkid take over the movement from the great Fela.

Leather_merchandise: “Everyone fighting to be Fela.”

Karbankz1: “Wizkid take over the movement from the great Fela. ☠️.”