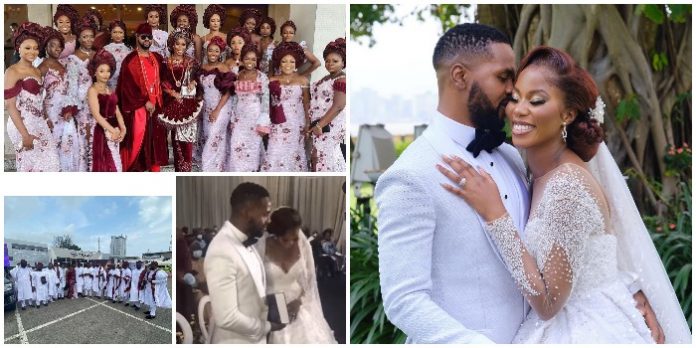 Over the weekend, the wedding of former Governor, Otunba Gbenga Daniel’s beautiful daughter, Kenny and her beau, Adebola Williams, shut down Lagos. The event took place at the prestigious Balmoral event centre inside the Federal Palace Hotel Victoria Island Lagos on Saturday, 07 August 2021. 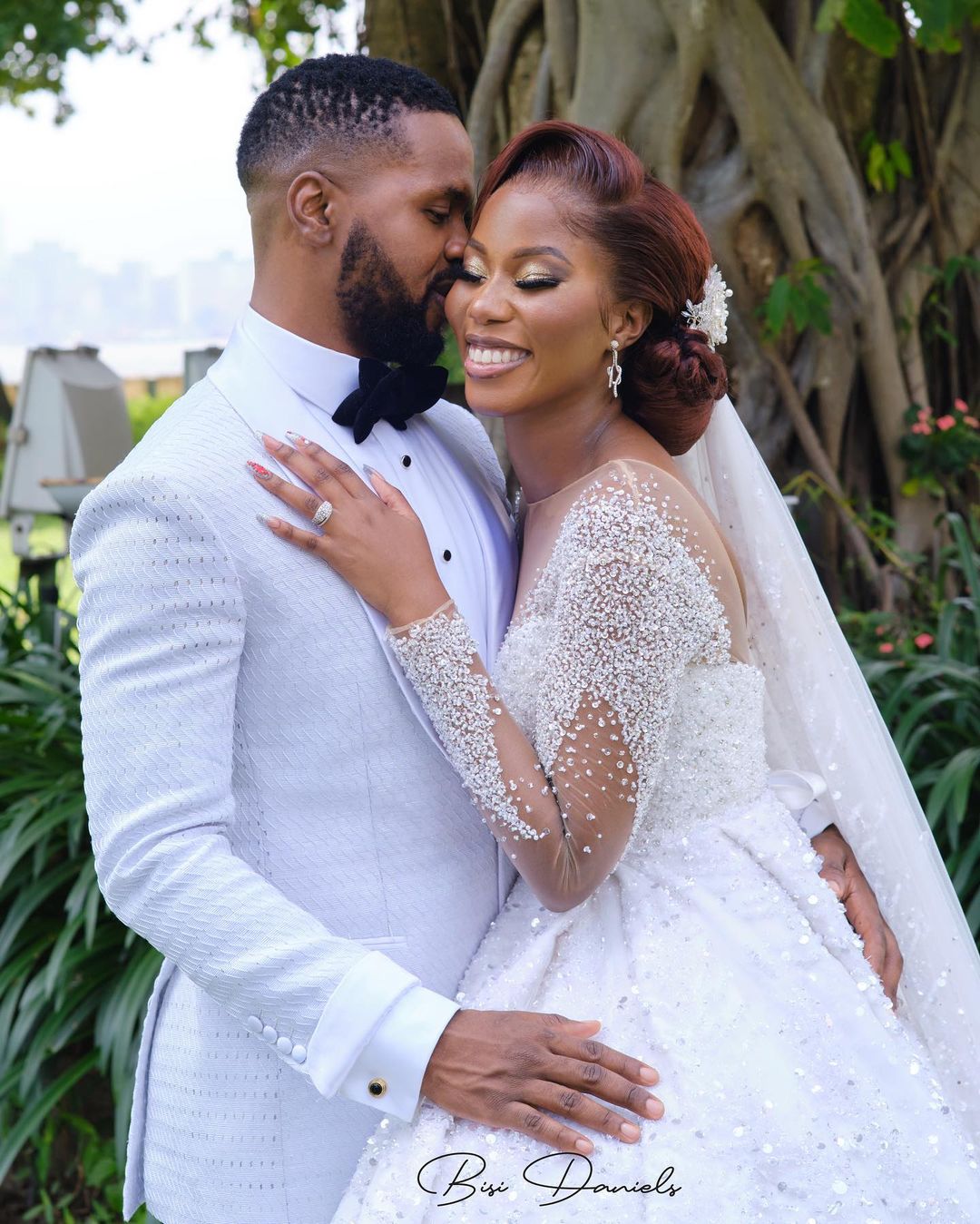 The wedding, engagement and reception occupied all the available venues at the Federal Palace Hotel and it witnessed all the major big guns in Nigeria’s political, social and business space. It was really big and massive wedding. 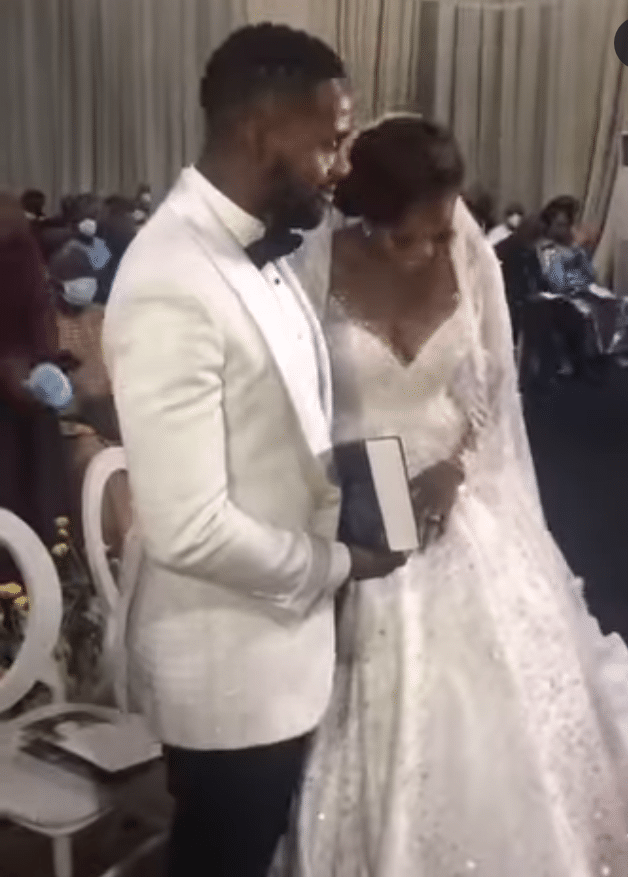 Popular Saxophonist, Beejay Sax was at his best, as he rendered many praises and worship songs while the members of the Anglican Choir backed up with their sonorous voices. His performance was a good start to launch the event properly. For over 20 minutes, he kept the guests on their feet as they join the host, Otunba Gbenga Daniel, who was with his beautiful wife, Yeye Olufunke Daniel.

Kenny D, did not only stun at her wedding with her royal wedding gown, she wore a luxury ring with rock worth the sum of 6 million naira on the Diamond ring.

The bride, Kenny D, is a beautiful and stylish babe like her mum. She is the only daughter of OGD. She is her mother’s look alike. She has a strong facial resemblance with her mum. Her slim physique, however, makes the difference.

Adebola Williams is a dashing Lagos big boy who is into the Marketing Communications business. He is a tall and handsome businessman with global tentacles. He consults for international clients. 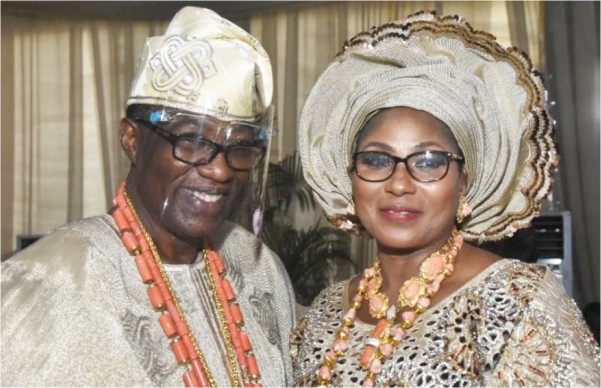 Many people don’t know that OGD and former President Goodluck Jonathan are close. We can tell you that for sure. They are. He was at the wedding and stayed for over 2hrs before he headed for the airport to go back to Abuja. He looked very stylish in his all-blue South-South robe, as his wife, also showed class in her traditional attire. OGD was one of Jonathan’s Co-ordinator in the South West during his re-election bid.

Many Ogun Obas like OGD a lot and they can do anything for him. Many of them became Obas during his tenure and some got upgraded. Apart from having been nice to them when he was Governor, he kept his relationship with them intact. And he constantly calls them to say Hello from time to time. No wonder a lot of those who could make it, did like the Ewusi of Makun, the Alaperu of Iperu, the Olu Odonselu, Oba Aboro of Iboro, Oba Daniel Salako, Oba Ayangburin of Ikorodu, Agura of Gbagura, Akarigbo of Remo, Oba Babatunde Ajayi and many more like the Abepa of Joga Orile.

One guest who stood out amongst the others was Vice President, Yemi Osinbajo. He was ushered into the venue by the host, Otunba Gbenga Daniel. He rocked royal agbada and cap with his customized nose mask.

A lot of young celebrities attended the ceremony to support both Kenny & Adebola. Top singer, Omawumi was seen leading celebrities into the venue, the likes of Timi Dakolo, Lala, and many others came in with style to support Debola of Lagos.

See some photos below… 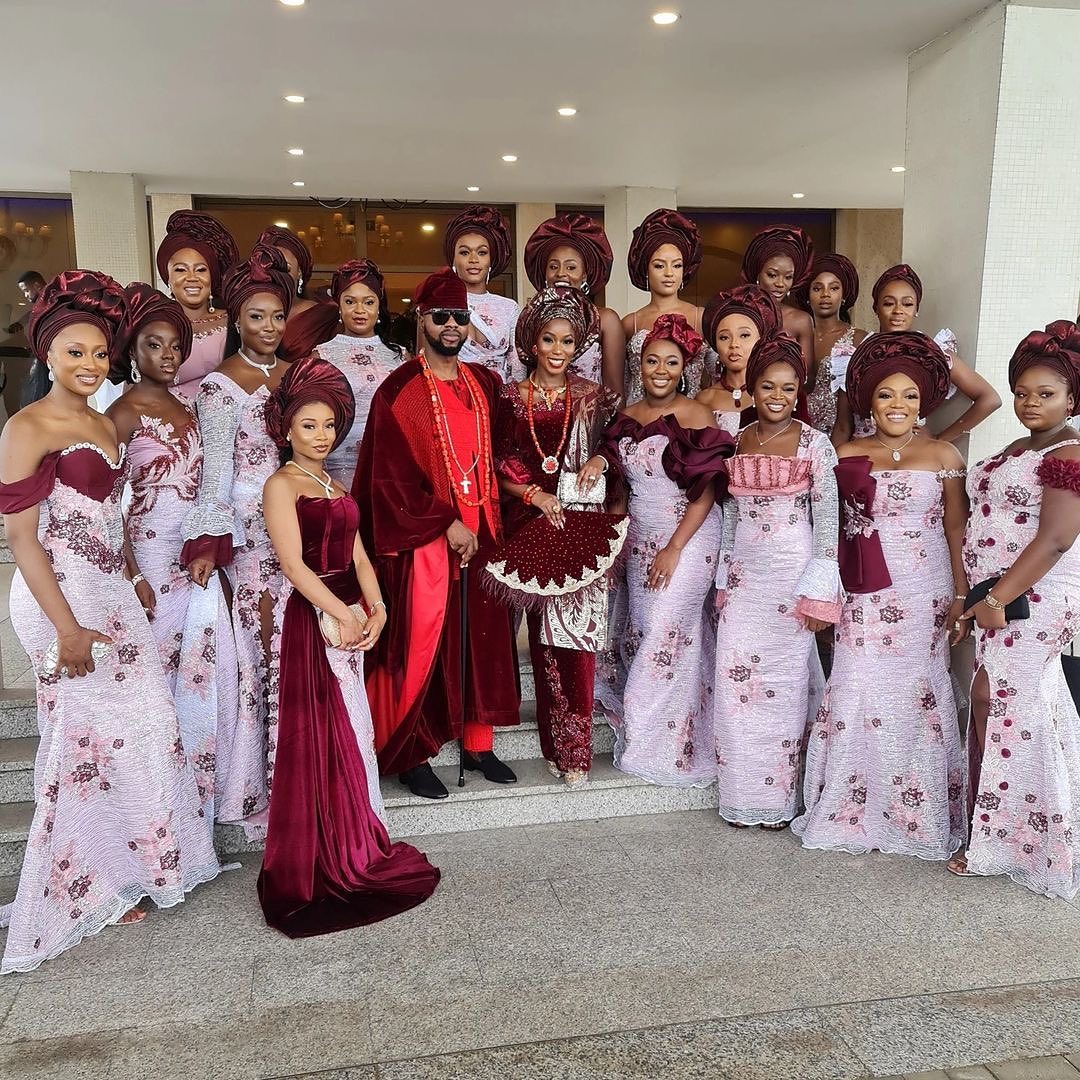 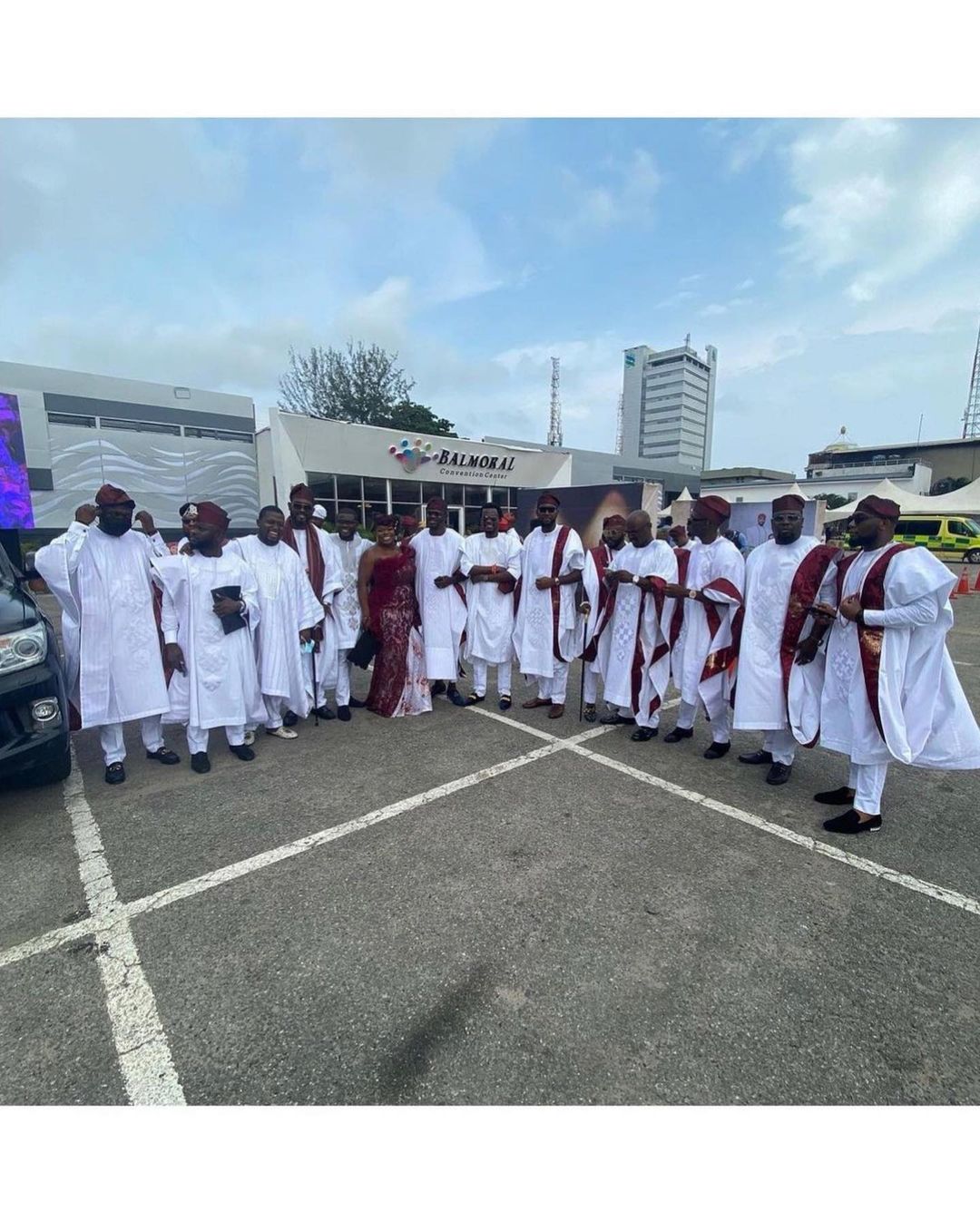 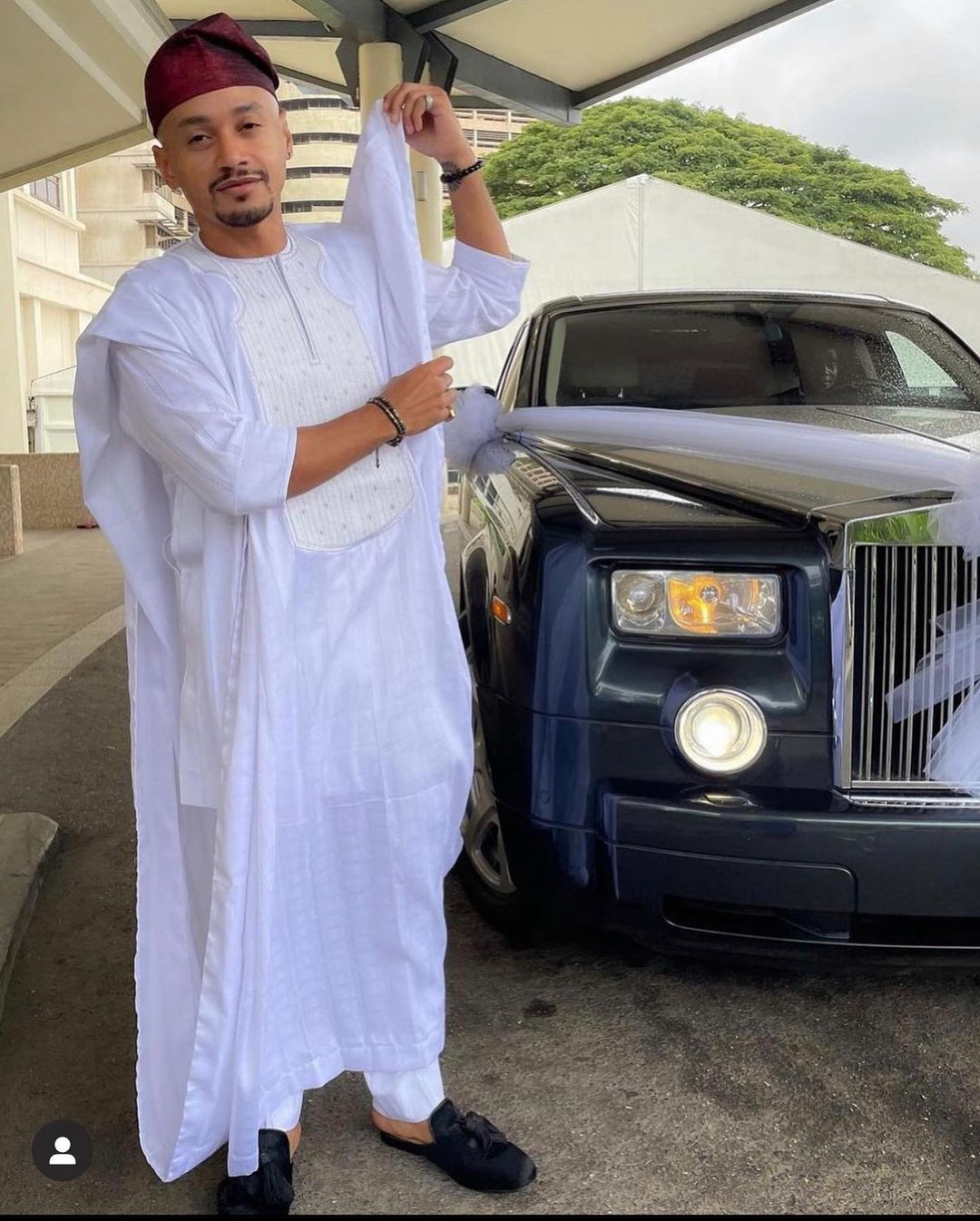 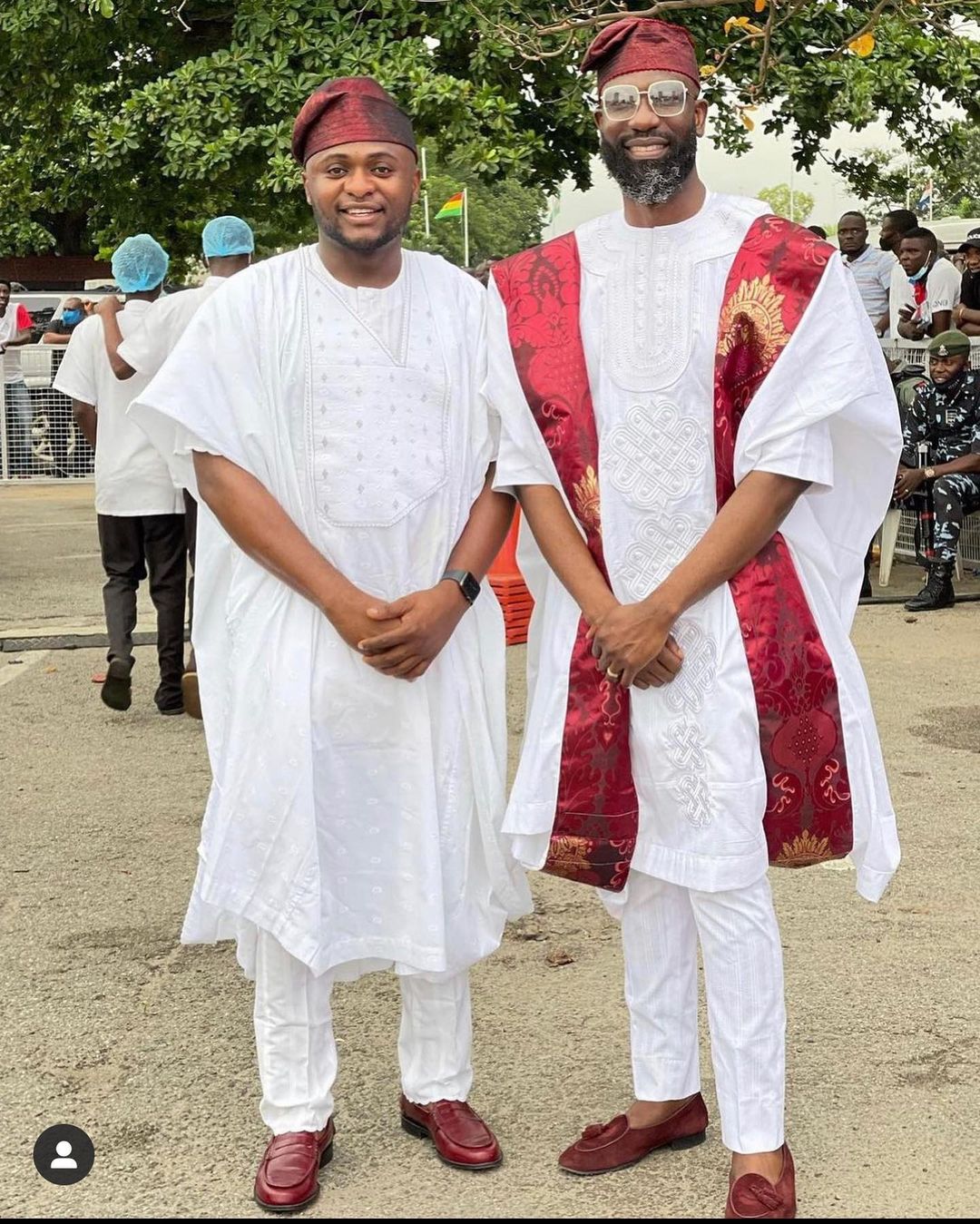 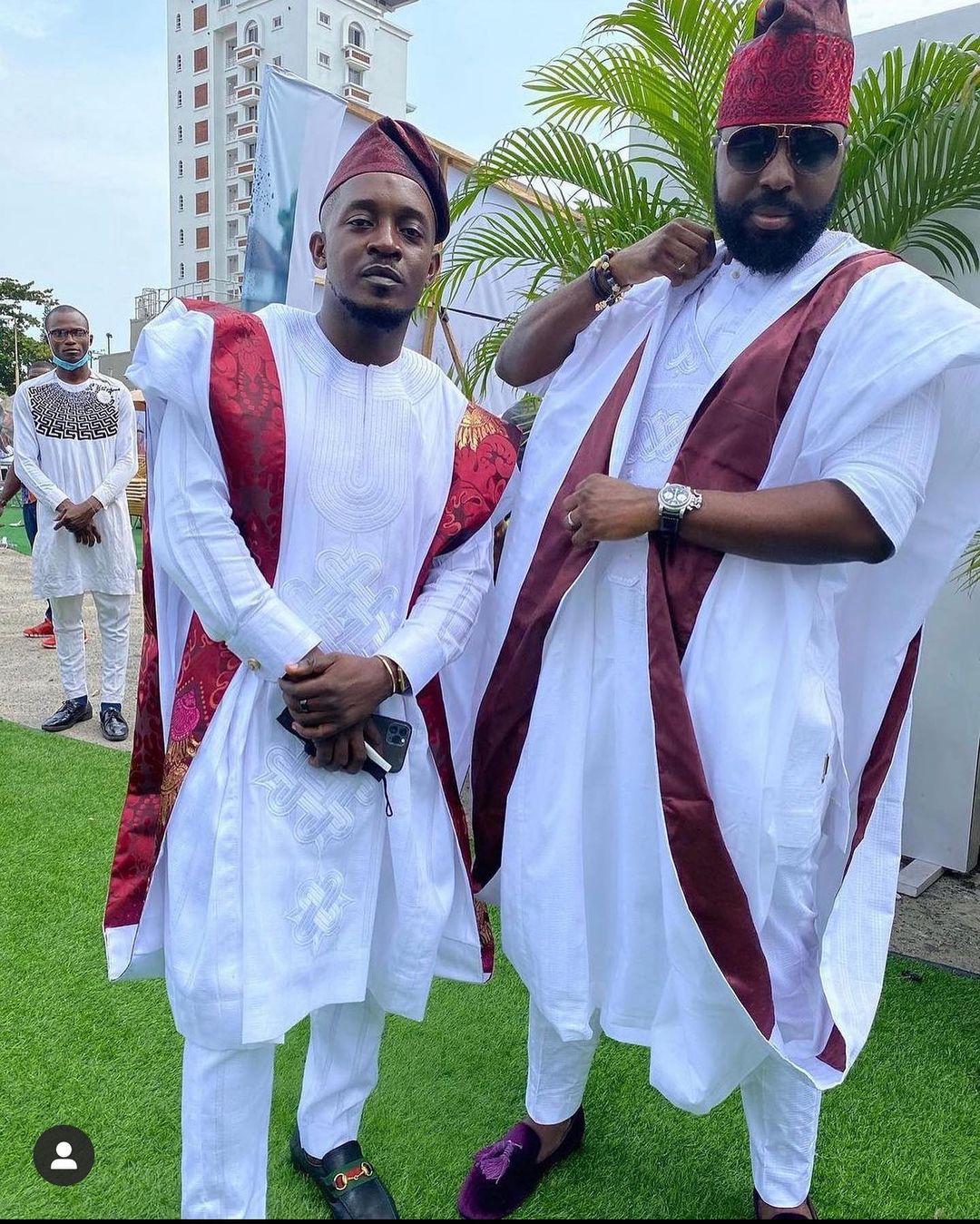 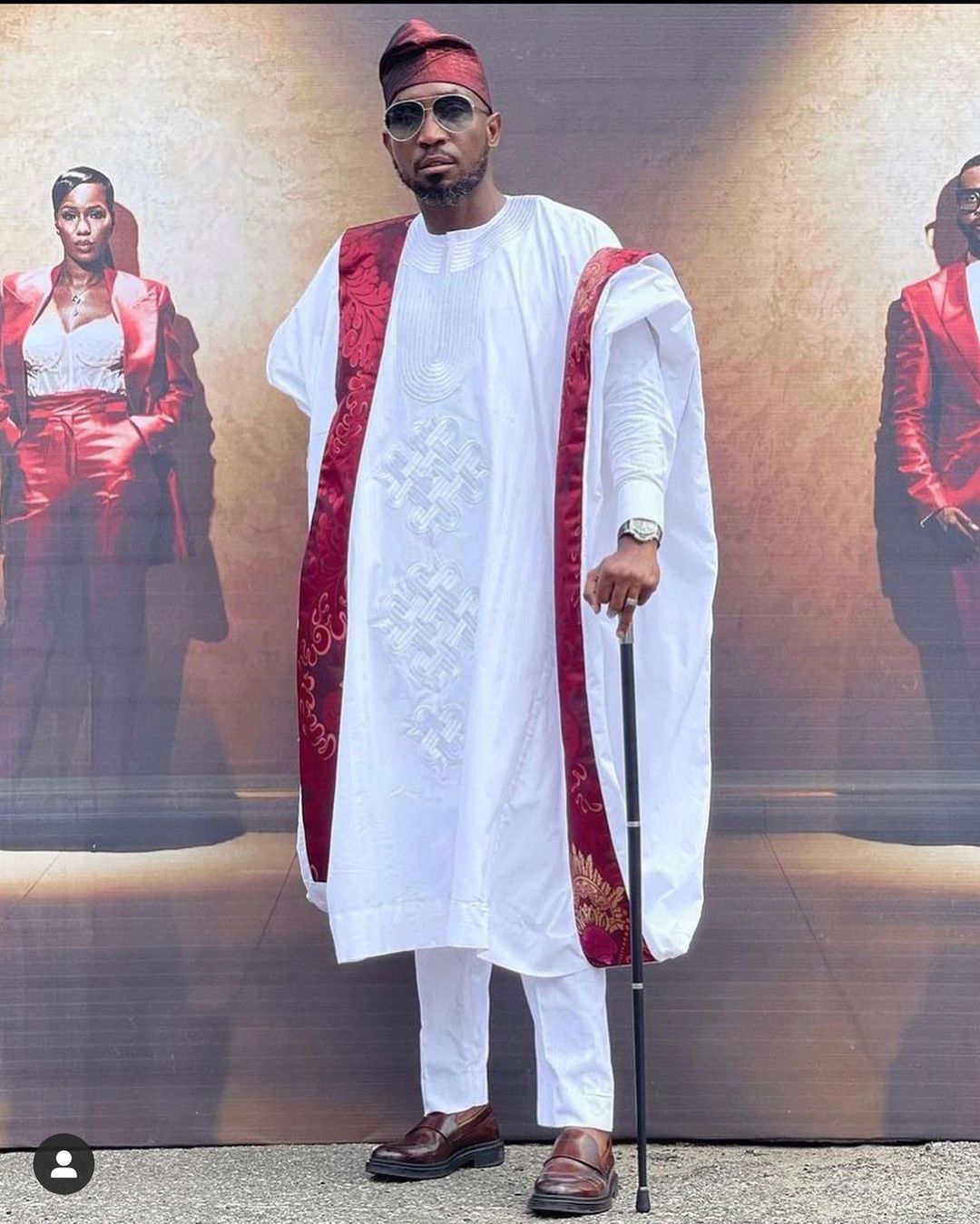 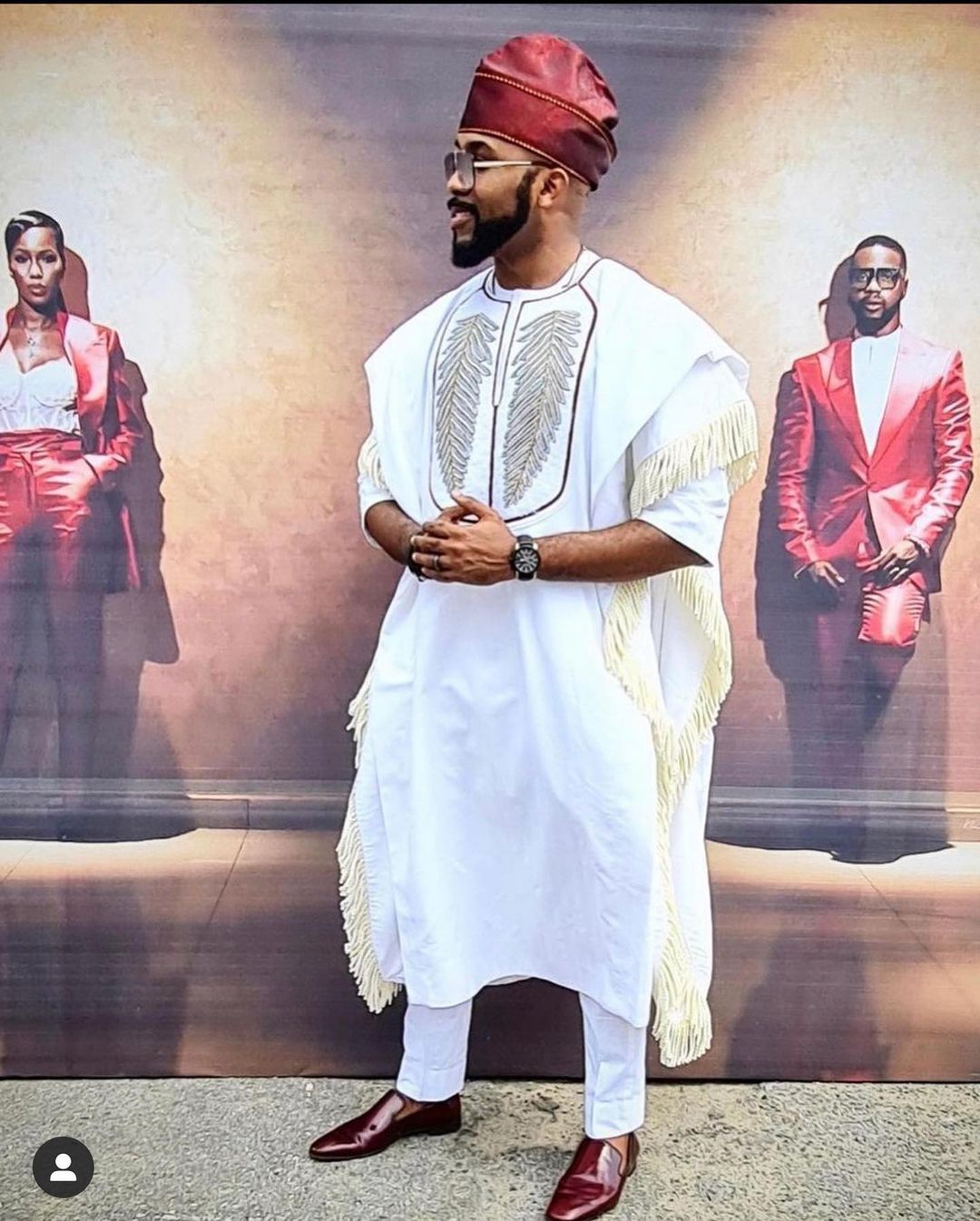 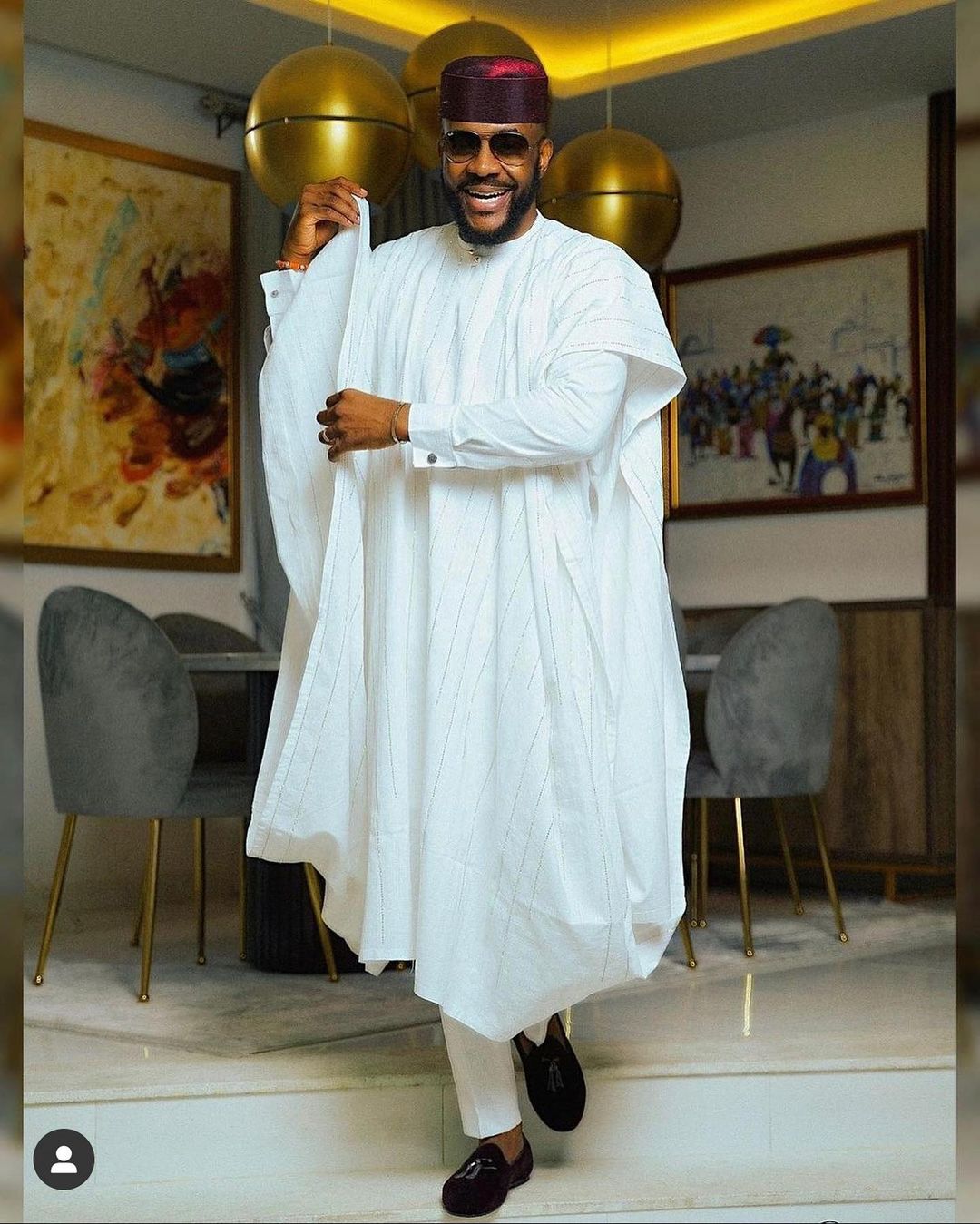 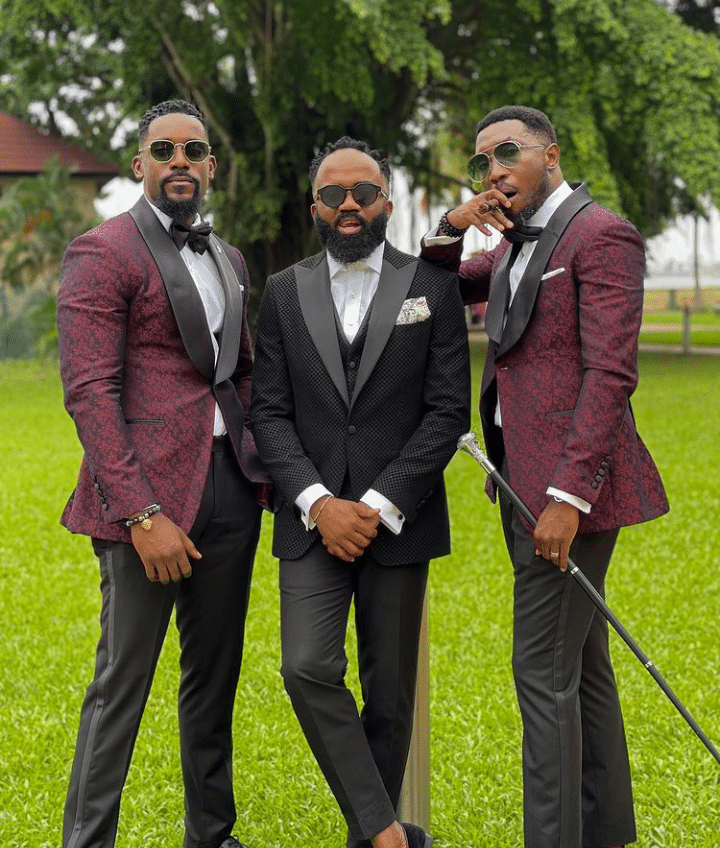 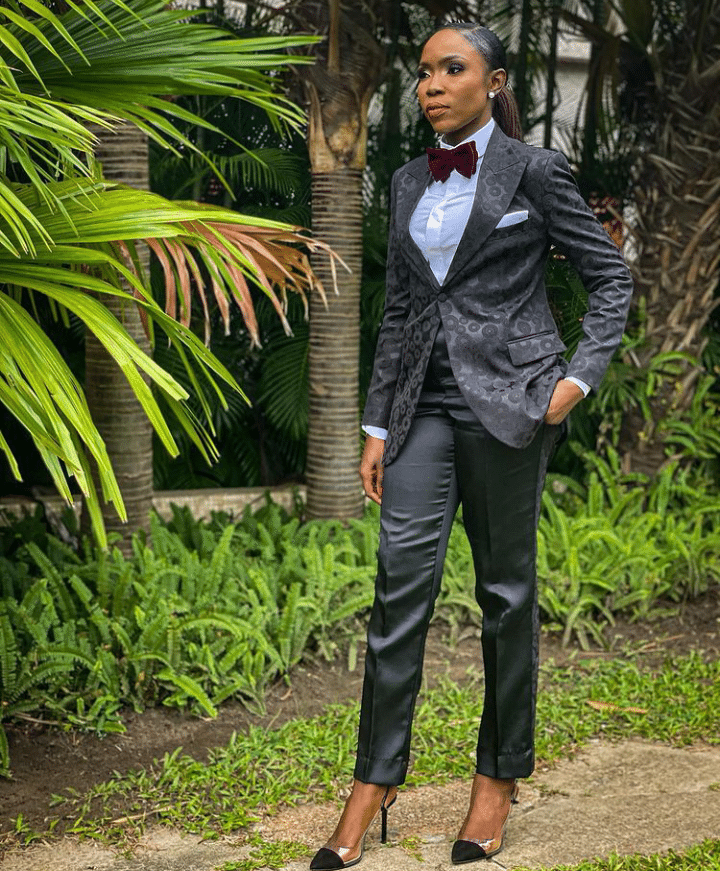 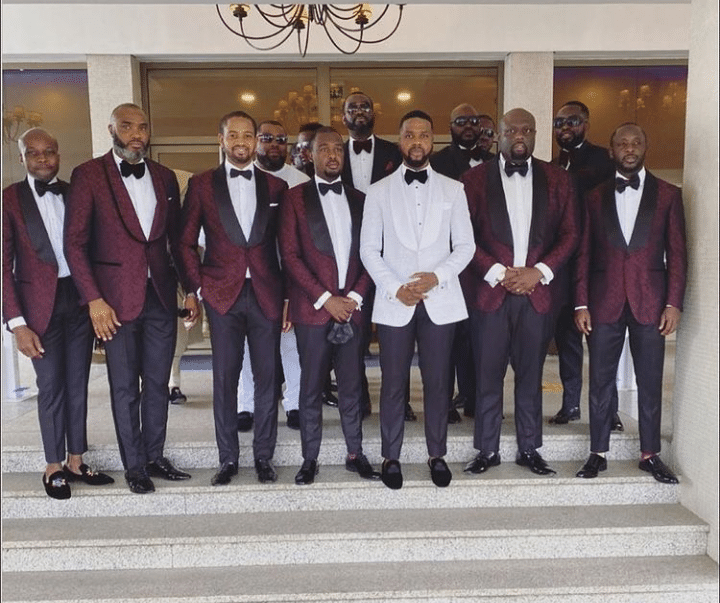 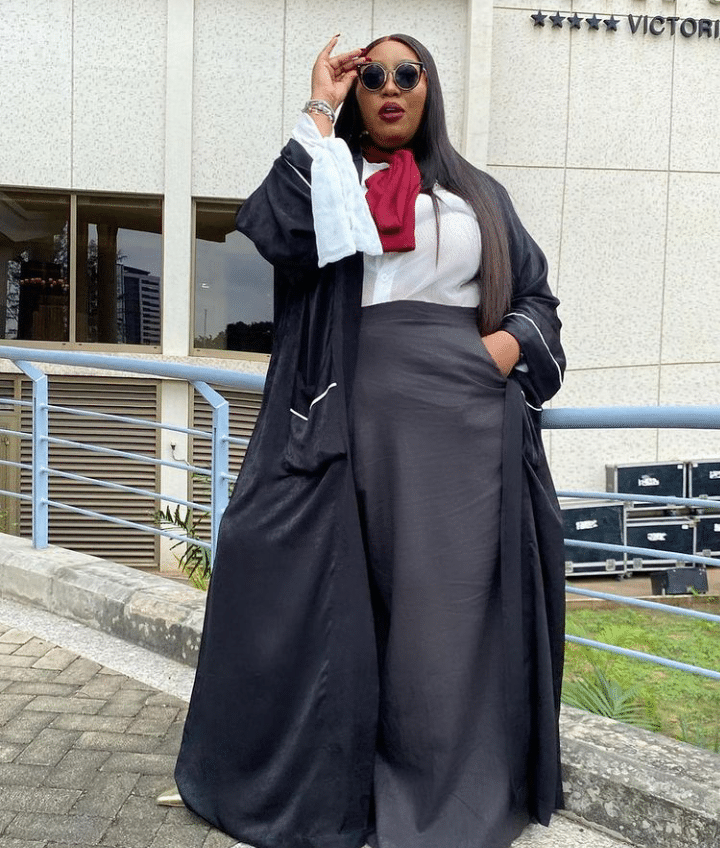 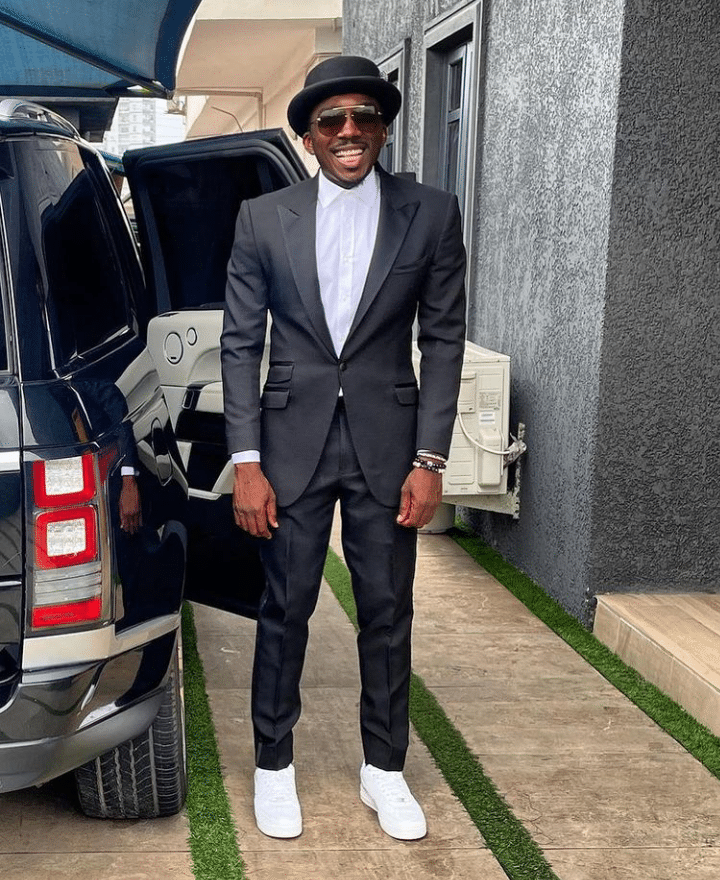 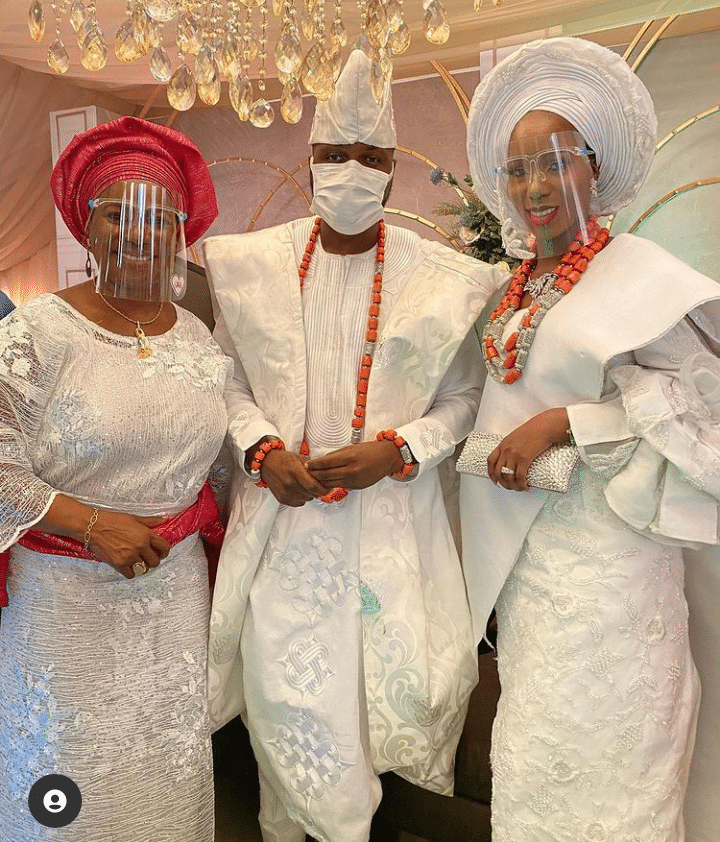 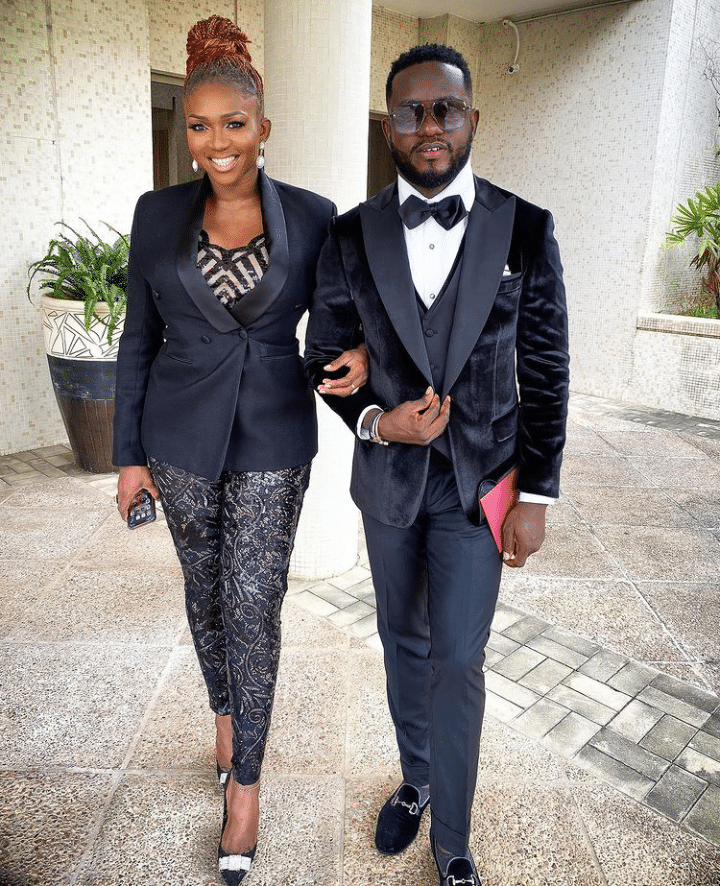 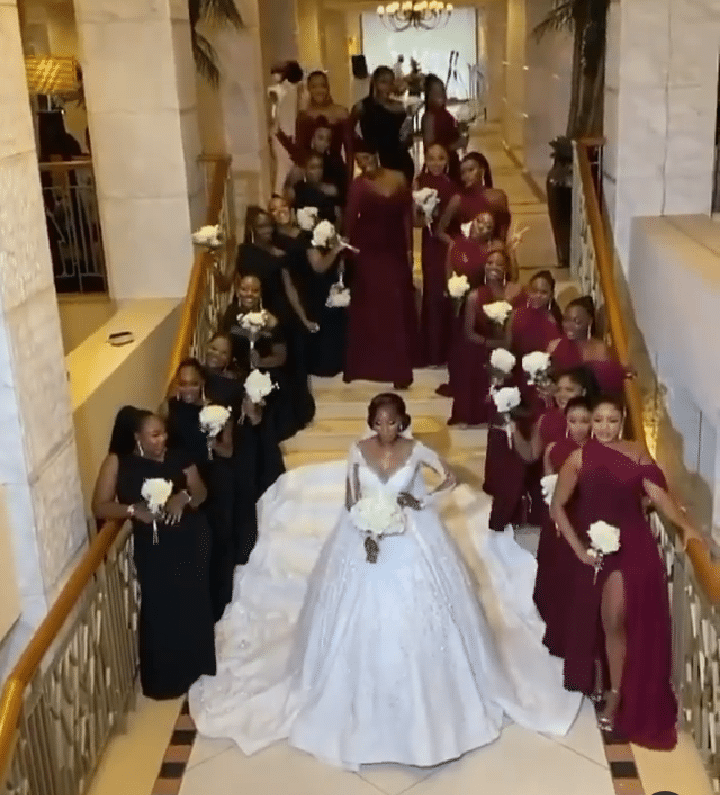 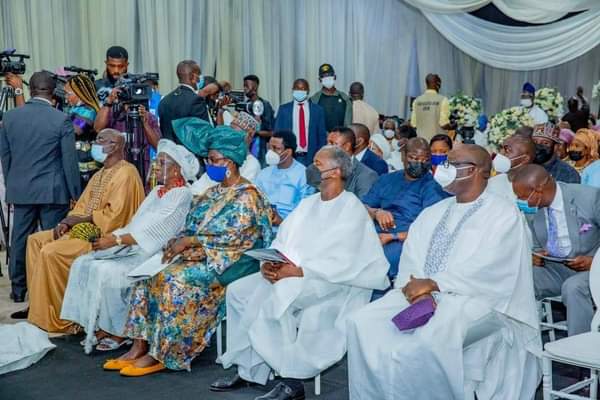 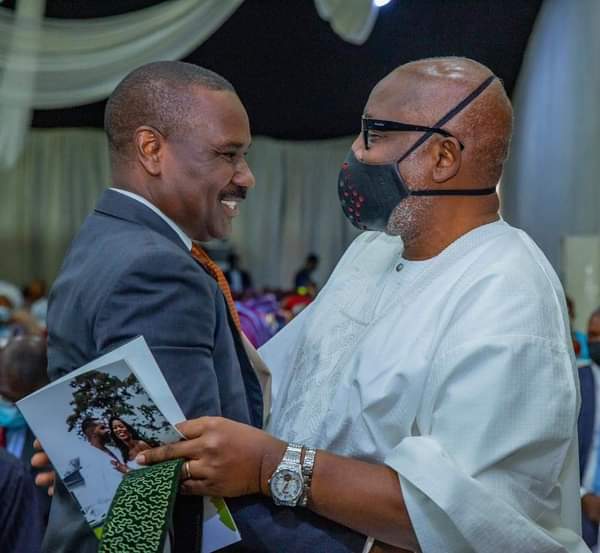 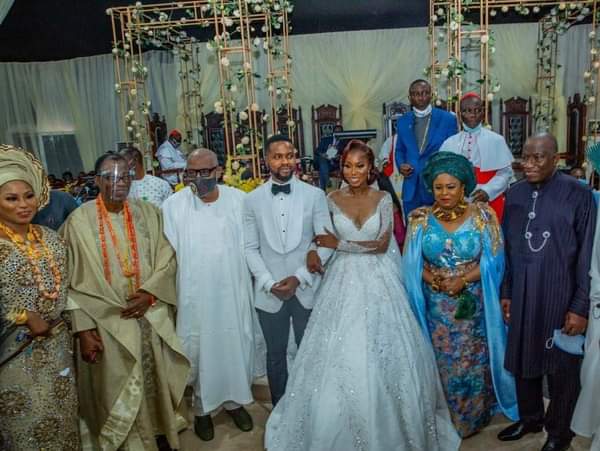 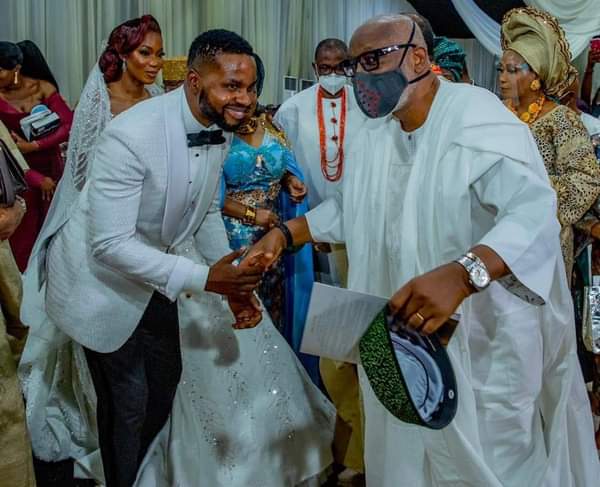 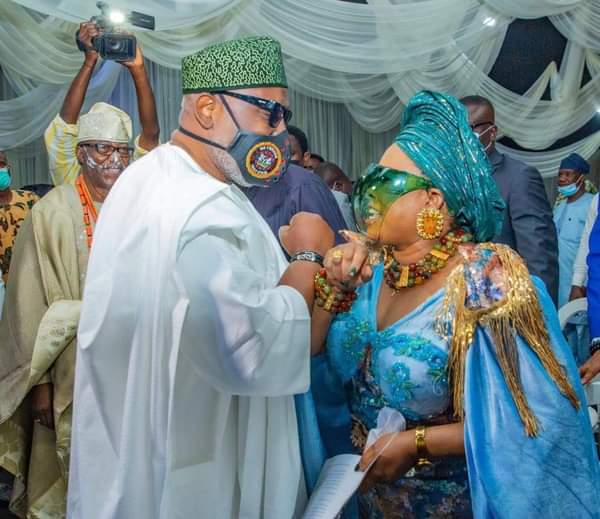 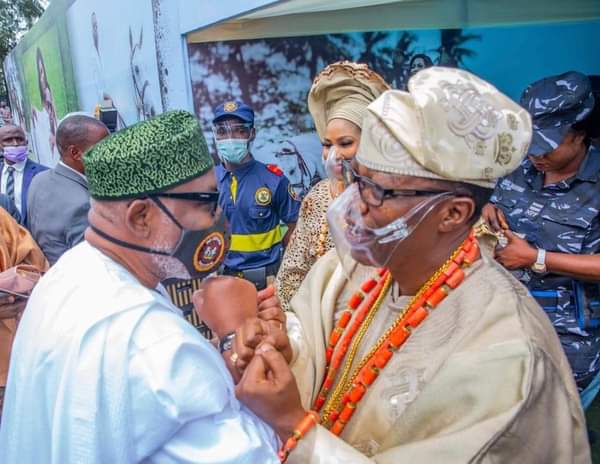 Watch Some videos below: