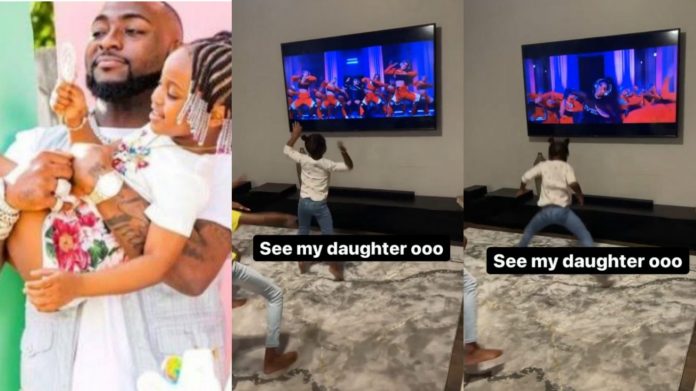 Davido put up an epic reaction when he saw his daughter Hailey Adeleke twerking so hard and vigorously to to a Cardi B song. 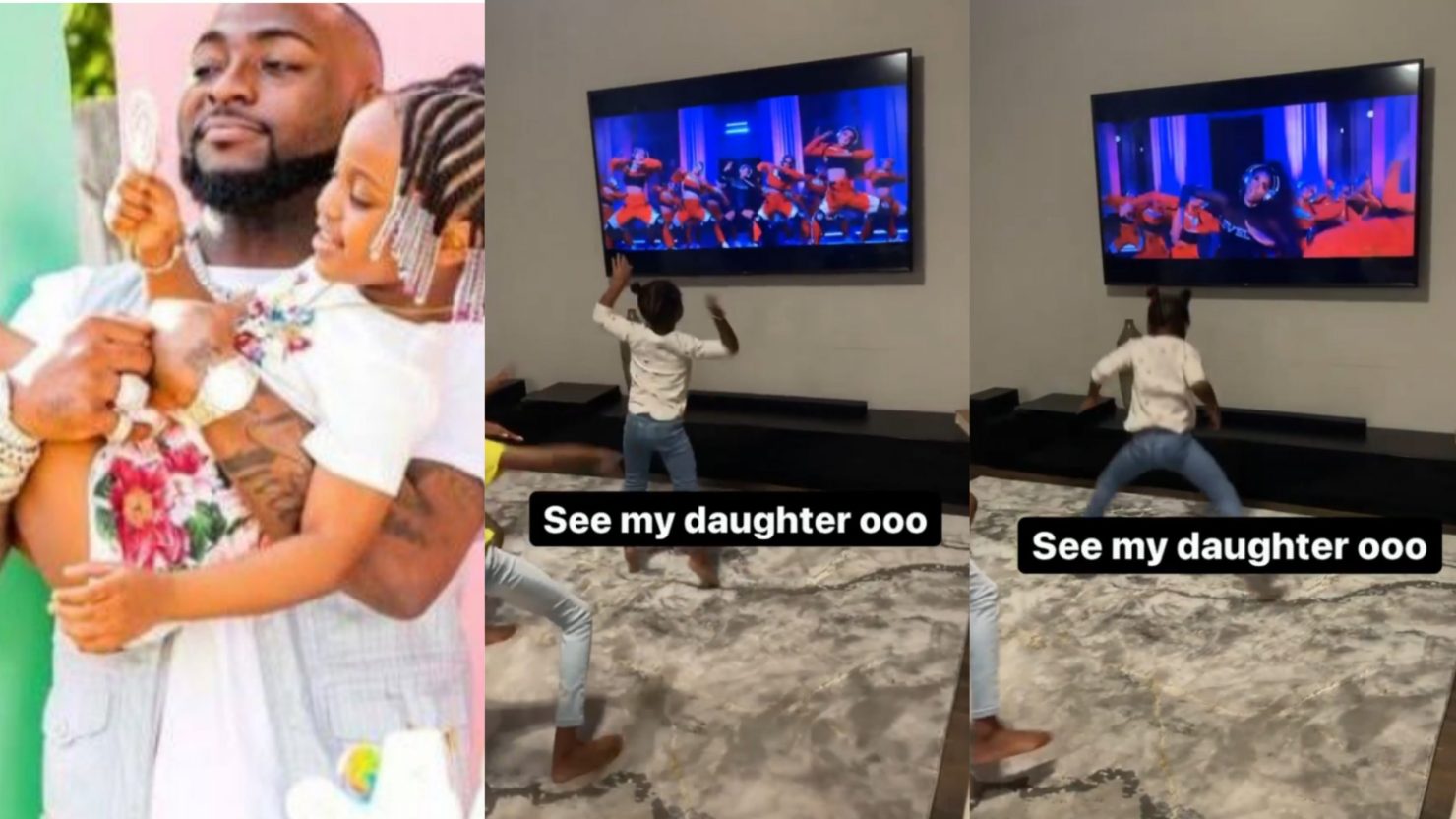 In a video that has since surfaced to that effect, Davido’s daughter and three other girls (we guess they are members of the extended family) tried to do exactly what they were seeing as the music video of the song ran on their giant flat screen TV.

The Afrobeat powerhouse of international repute could not keep calm as he screamed in suprise and perhaps as of means of signaling his little girl to stop danving provocatively.

Still on Davido, the singer was recently spotted in New York City where he made a stopover at Icebox to pick up his new diamond collections and highly anticipated frog pendant.

The ‘IF’ singer after receiving his package, took to his Instastory to flaunt the latest diamond neckpiece he received from a luxury jeweler based in America, IceBox. The frog pendant is obviously purposely designed as a form of a dig at his detractors who say his voice is as crocky as a frog.

The singer and father of three shared photos of himself as he rocks his frog pendant, the DMW emblem, 3OBG pendant, customized Baddest 7 all encrusted with diamonds which reportedly cost over $20 million.

Watch the video her daughter doing her things in the video below;