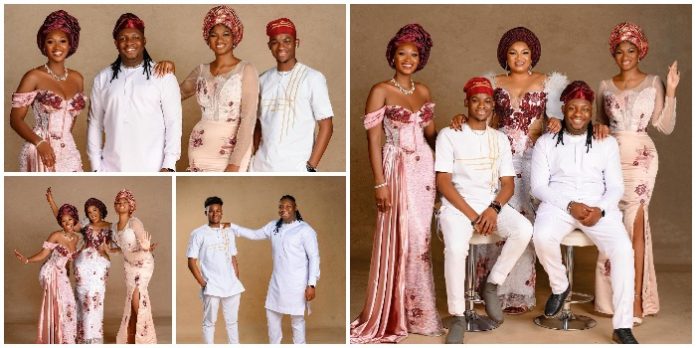 Nollywood actress, Toyin Abraham and other social media users have reacted to amazing photos of Omotola Jalade with her grown-up children that surfaced on the internet. 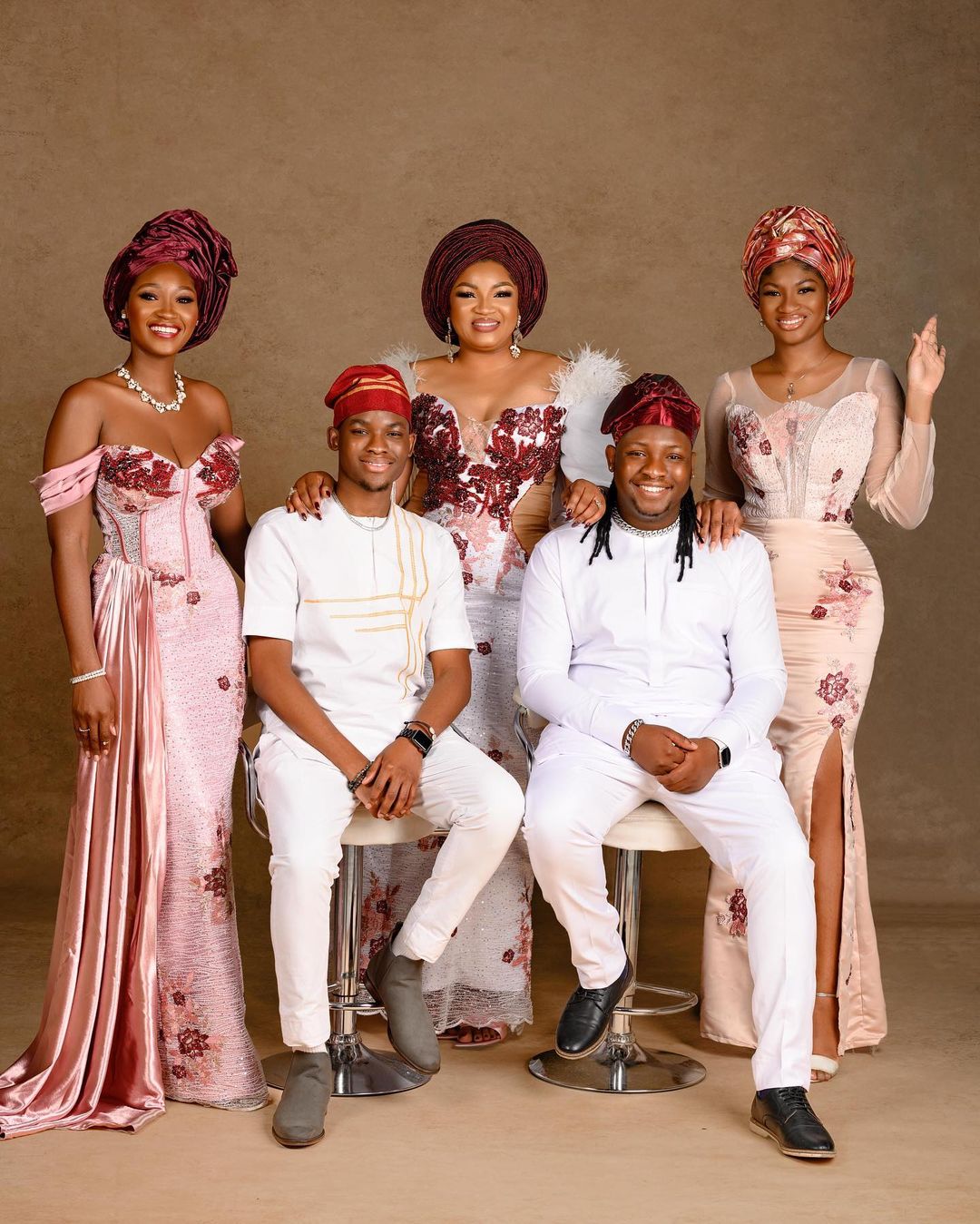 The movie star who had her first child at the age of 19, rocked a similar outfit with her four kids that one could rarely tell she is the mother of such grown children.

Although their father, Captain Ekeinde was missing in the adorable family photos, Omotola explained why is unavoidably absent.

“Wishing you a Happy Sunday from the Clan… Missing Capt Ekeinde here as man’s out of town on a Mission,” she captioned the photos.

According to the veteran, she met someone she loves and thought he is the right person, so they married. Omotola mentioned that her father wasn’t happy but he didn’t have a choice, so he supported her because she knew she was making the right choice.

However, the recent photos of Omotola and her grown-up kids have got social media buzzing and generated lots of comments.

See the photos below; 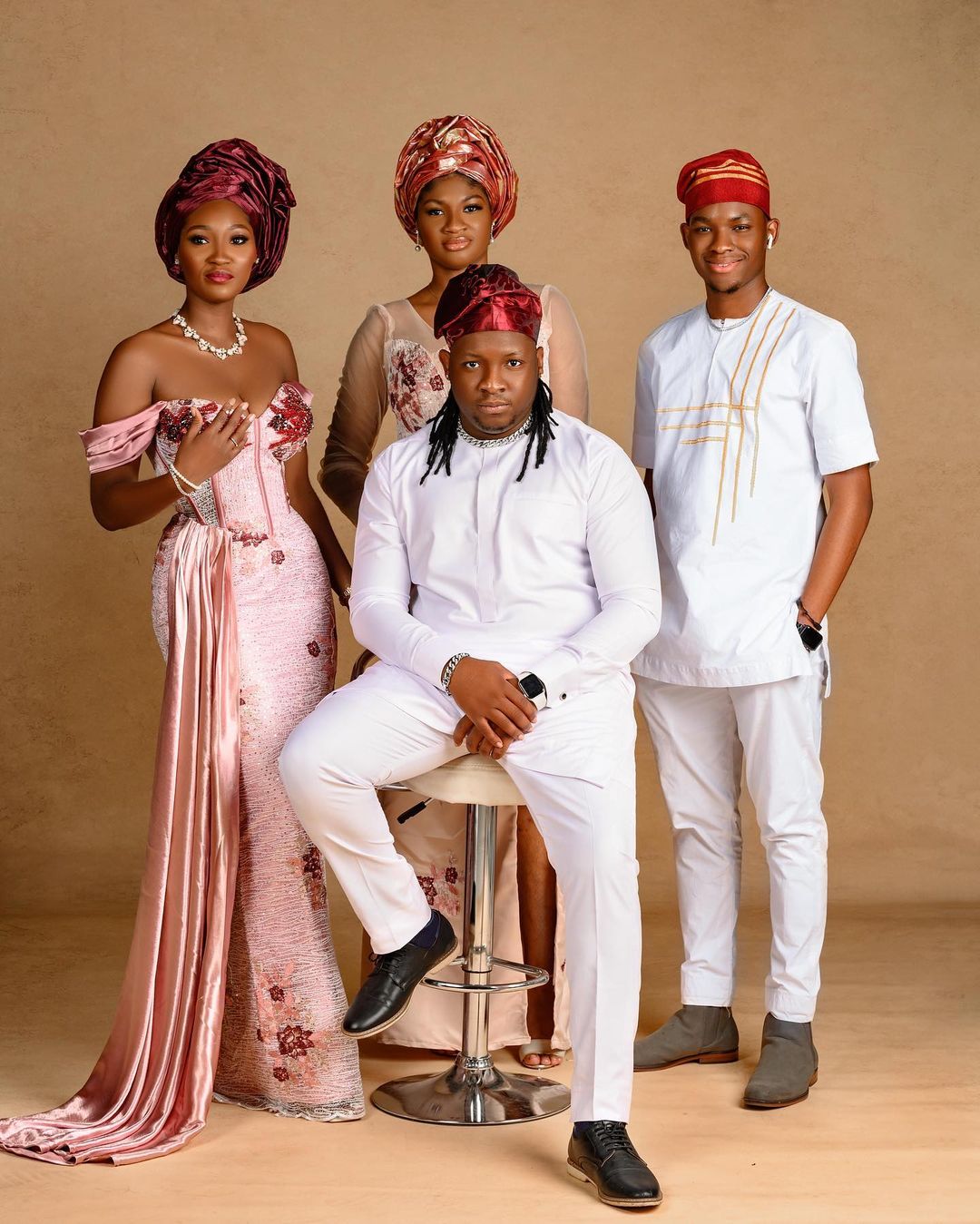 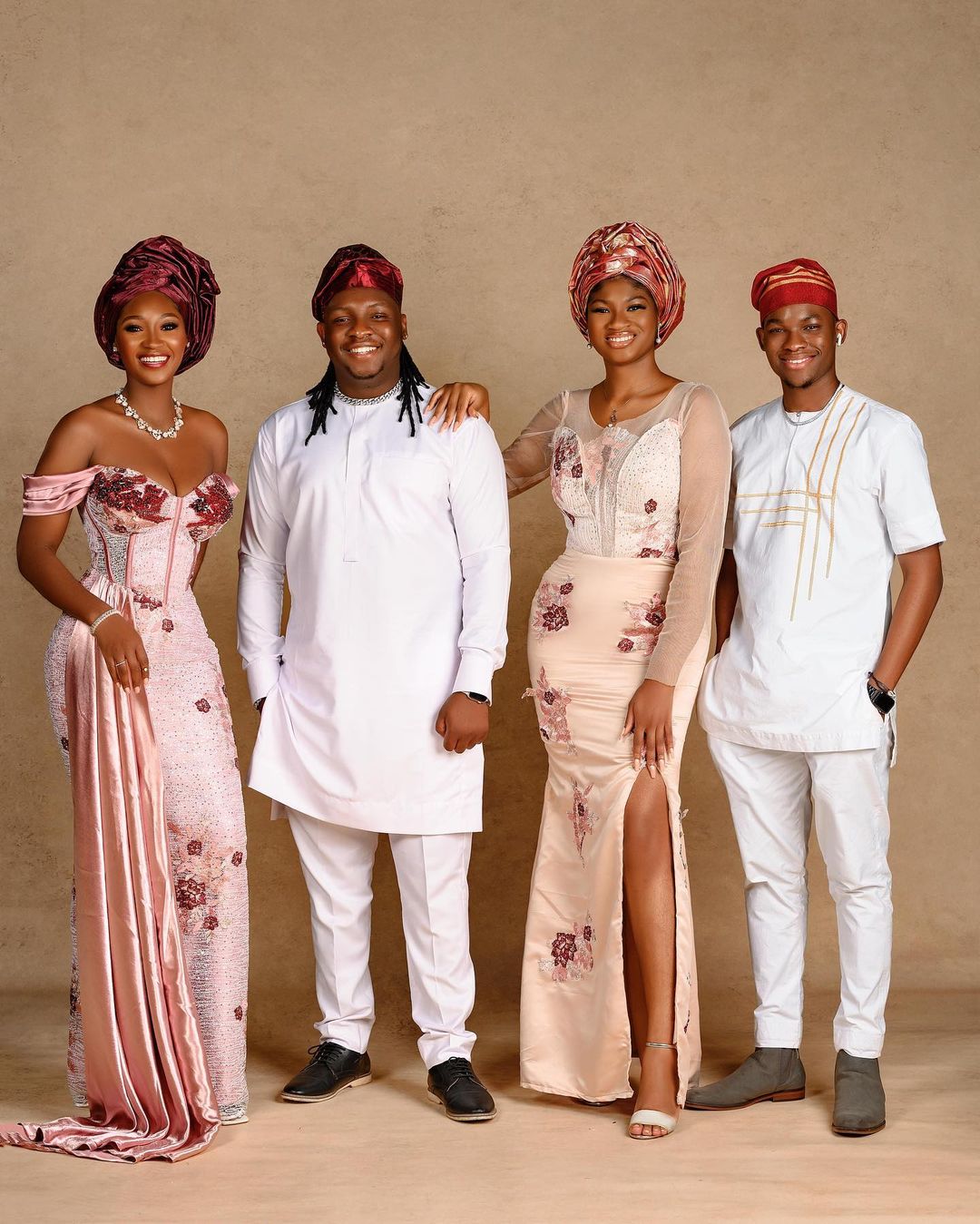 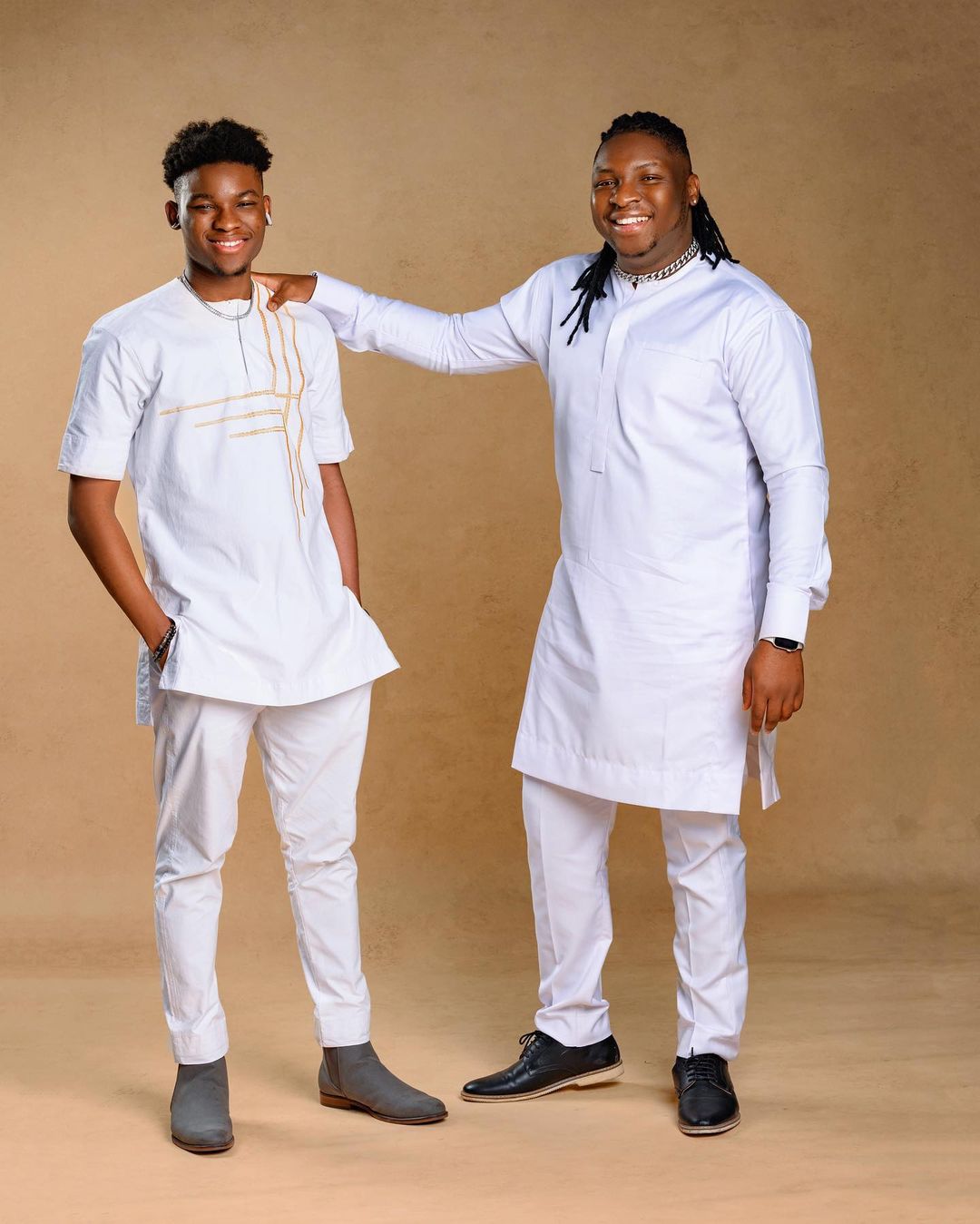 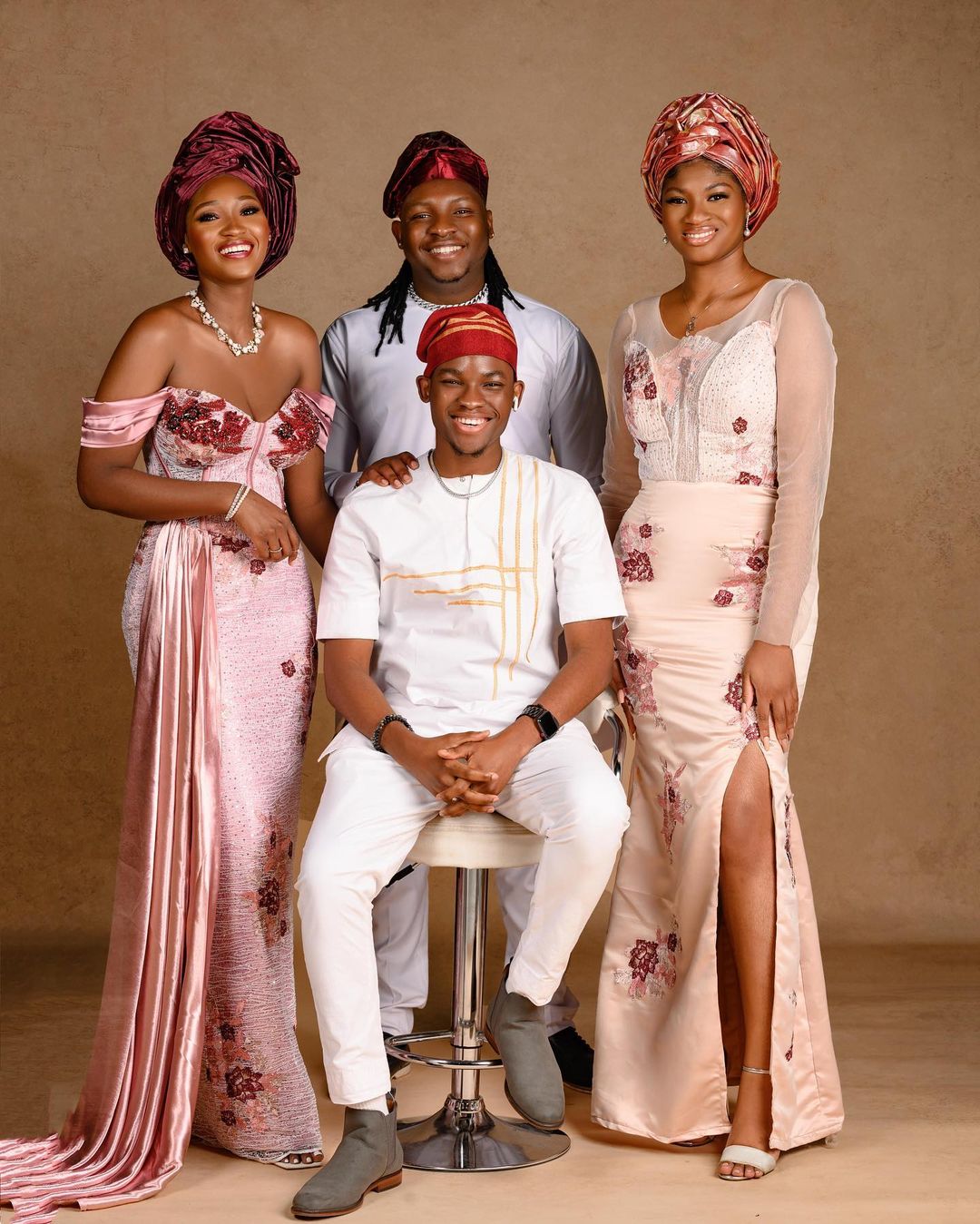 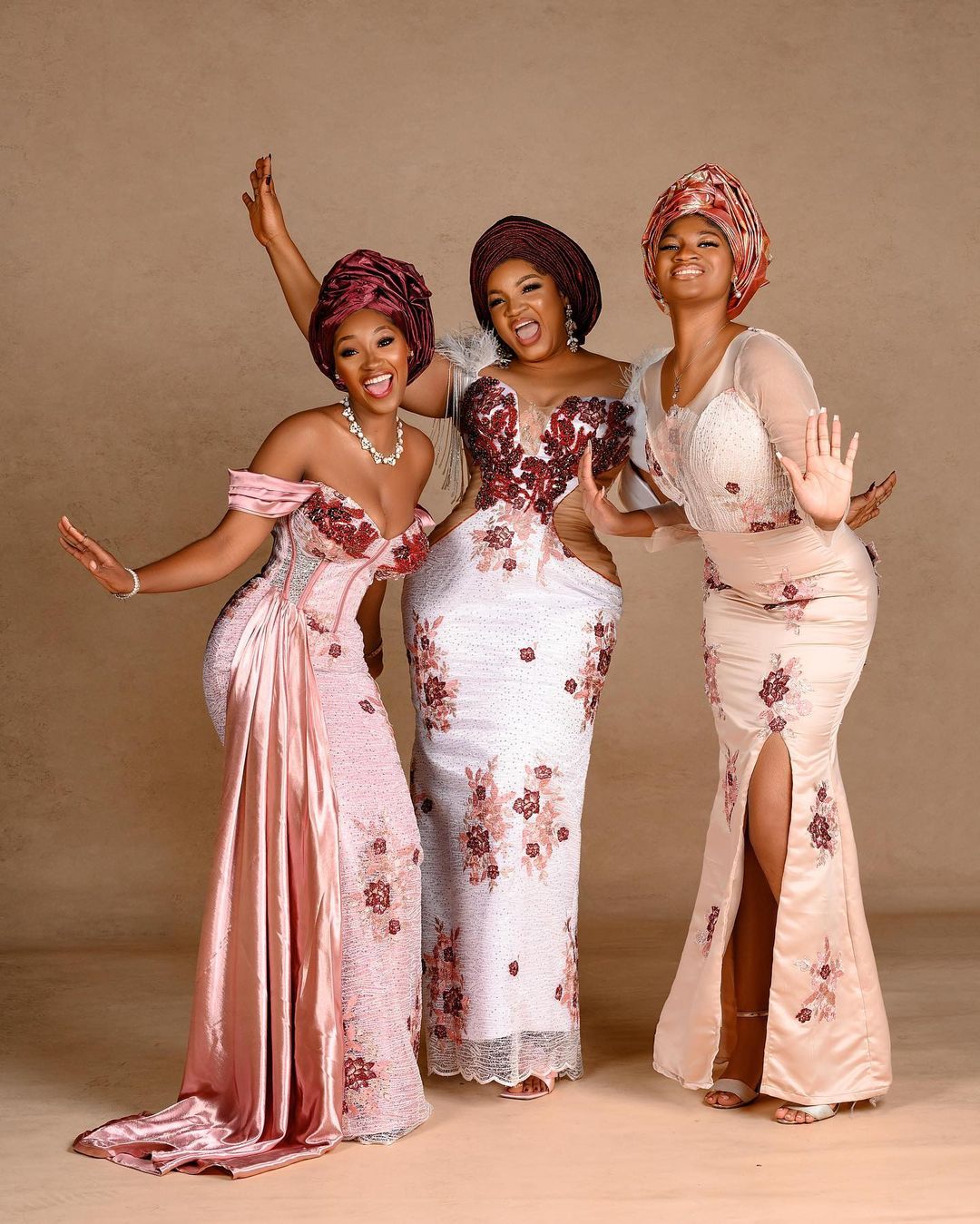 Reacting to these photos;

@integritybeautystore wrote “Early marriage is so good and sweet. Chai! God when?”

@zoeeofficial__ wrote “Nothing like having kids at tender age but the fear of poverty is the beginning of wisdom.”

@king_veekey wrote “She’s looking so young like their sibling”

@alexxanaija wrote “Marry early oooo so that you’ll grow and flex with your kids .. I want this”

@nyo_re_i wrote “Omo nothing like when you quick born o”