Home General News Reactions as Nigerians Throw Out A Turkish Man Who Allegedly Slapped A... 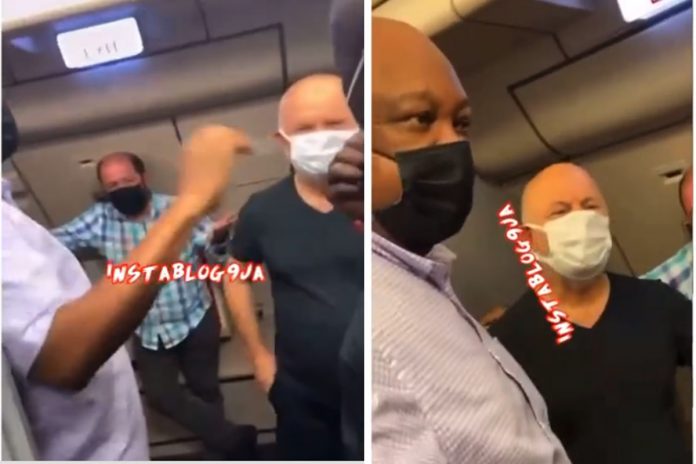 A Turkish man was forced out of a plane in Nigeria after allegedly slapping a Nigerian man whilst in the plane. 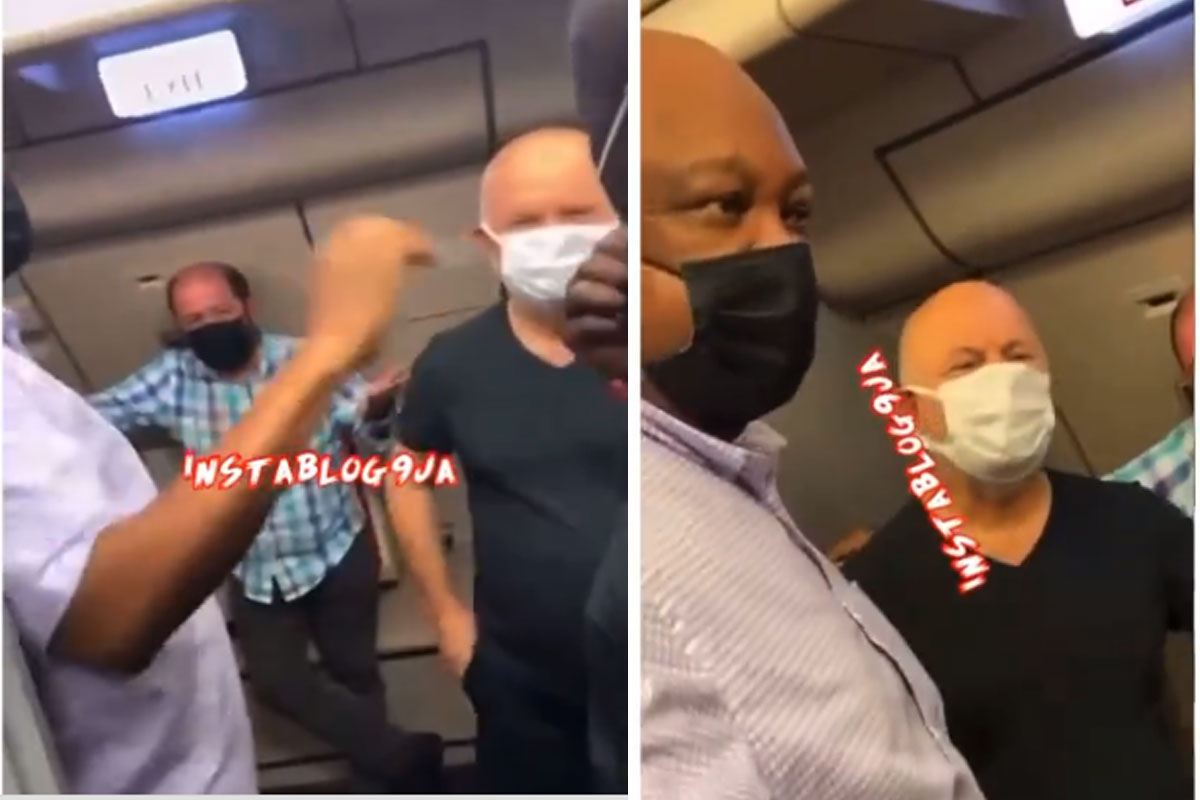 According to report by Instablog9ja, the Nigerian man wanted to pass and the Turkish man put his legs on the way, even when the Nigerian said ‘please excuse me’, the white guy did not remove his legs.

So the Nigerian man didn’t mind he passed but the Turkish man stood up and slapped him and this incident happened before their take-off.

According to the source, they had to throw him out of the plane preventing him from flying with them because of what he did and in he shared a video showing the moment the distraught Nigerian men angrily telling the officials of the plane to evict the Turkish from the plane.

Nigerians throw out a Turkish man who allegedly slapped a Nigerian man aboard a plane in Lagos pic.twitter.com/bAjShhzmX3

See reactions to this below;

@ebukablogofficial_2: Thats Very correct of them. If it were to b in dier coun3 they’ll do d worse to Nigerians. Thumps up.

@somebodys_1stson: Very very good. Person no tospy am small before throwing him and his load off the plane? Is it crack?

@darbbz: una no load am well make him cheeks blush small after heavy blows and slap

@egoumez: Very very good 👏👏👏👏👏, cos they do any shii they like in that country and get away with their expired oyibo colour

@efe_faith_etin: Check well if dat man is a real Nigerian man, cos Naija men don’t have time for talk like dis, especially in dis kind of situation, u slap me for no reason, I give u double slap and beat hell out of u

@gissyposh: Every one is shouting slap am back. Omo what did Jesus say you should do when someone slaps you? Na joke I dey oooo😂