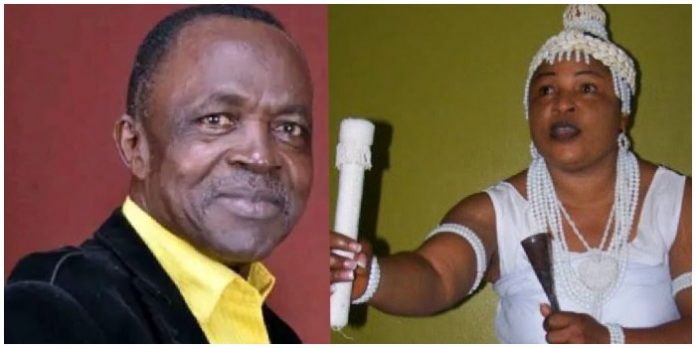 Barely 24 after the demise of popular Nollywood actress, popularly known as Orisabunmi, her brother Steve Onishola, also passes on.

Before his death, Steve Onishola was the Technical Director of Kwara Falcons Basketball Club of Ilorin.

The late basketball coach was said to have passed on at 71 on Thursday, Jan 7, in Illorin, following a brief illness.
The State Chairman of the association, Dr. Joseph Adeyemo, confirmed the death in Ilorin on Thursday.

The deceased was the Manager of Falcons on different occasions before he was appointed the club’s technical director.

“We are very sad by this unfortunate incident. In fact, we can’t find the right word to describe this moment.

“Coach Onishola was the symbol of basketball in Kwara, he was one of the most brilliant coaches of the game in Nigeria.

“The entire basketball family extends its deepest condolences to the deceased’s family and loved ones.”

Orisabunmi died four months after the death of her ex-husband, Jimoh Aliu, who was popularly known as Aworo.

Also, another senior TAMPAN member Tunde Ola-Yusuff also stated that “She left without a goodbye” in a post on social media.

She was well known from the 80s for her roles as a priestess, pacifist, or the good witch in movies. She has played some iconic roles like ‘Asabi’ in “Oluwerimagboojo”, and the priestess in “Ayanmo Eda”.

In another news, Actor and movie producer, Afeez Owo shared a photo of late actress Folake Aremu aka Orisabunmi’s corpse on social media and that act has gotten him into trouble with some of his fans.

“It is so sad we lost a Priceless Jewel, a very rare gem in the Nigerian film industry, Chief Mrs Folakemi Aremu, aka Orisabunmi, to the cold hands of death last night.” he wrote.

Mourning her moments ago on Instagram, Afeez Owo shared a photo of her corpse in a coffin and many of his followers found it quite offensive. 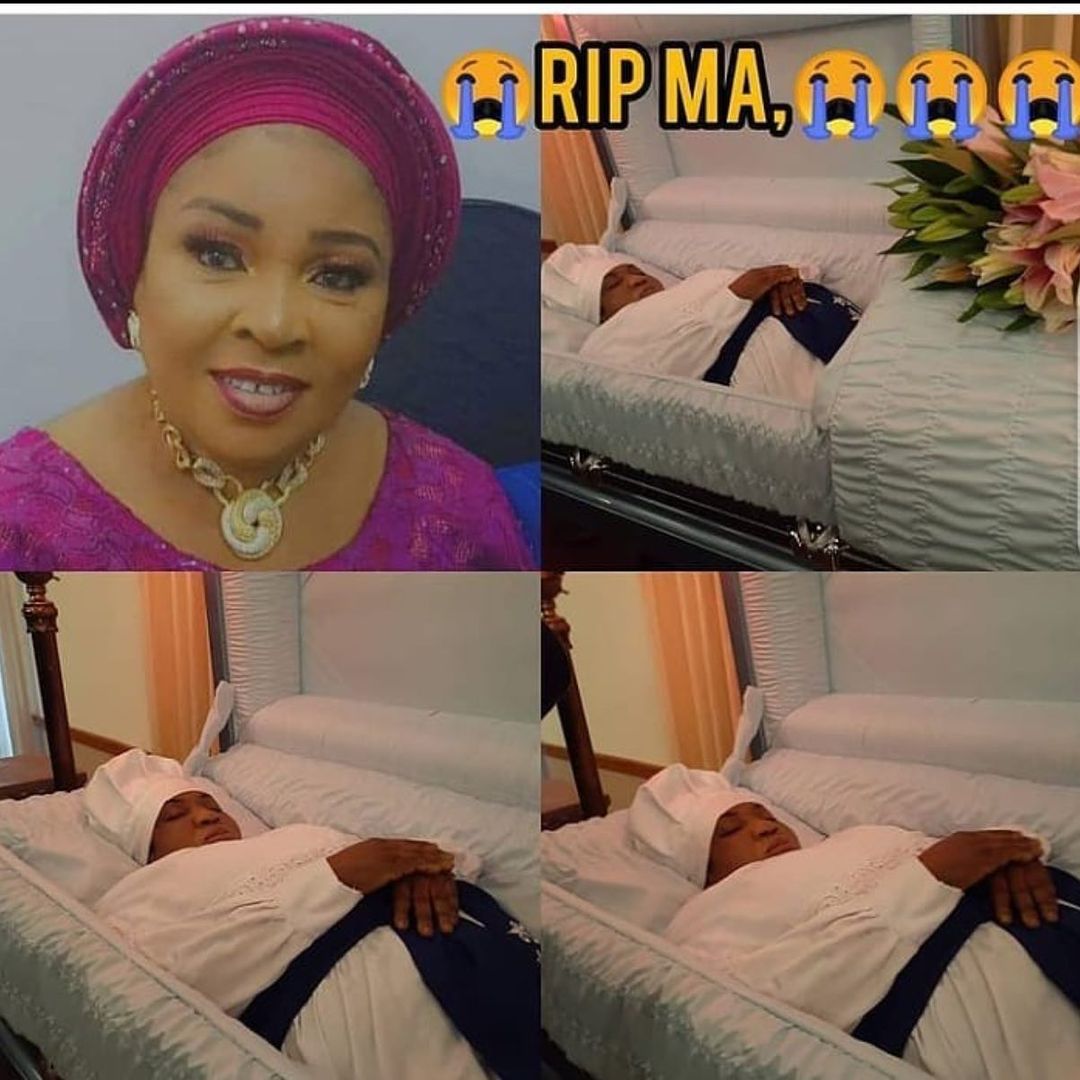 One Captain Ade wrote “Posting this kind of pic is so wrong.Kindly take it down Sir as this isn’t even good for the sight.We didn’t see any of her post on your pages when she was alive.Kindly pull down this image and it is demeaning and allow the dead to rest.”

One Ike wrote “This picture is wrong ooo….d person in the coffin is not orisa bunmi…” 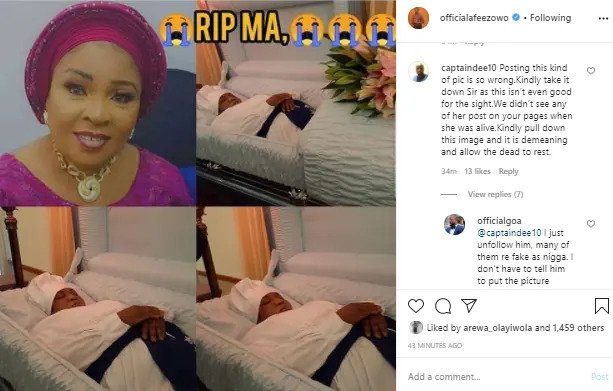 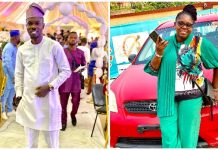 ““I don’t have money for Benz for now My LOVE, pls Manage This For Now” – Actor Ijebuu says as he gifts his wife... 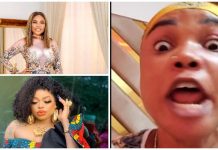 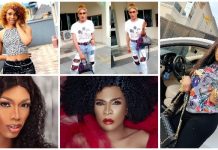 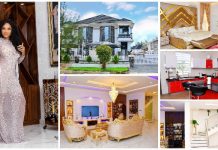 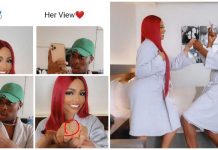 Nengi Says YES To Sydney Talker? – Set To Walk Down The Aisle With Him? – Nengi and Sydney Talker leave millions of their... 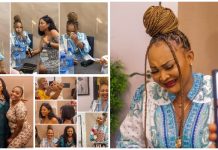 Mercy Aigbe gets emotional as friends throw surprise birthday party for her after getting back to Nigeria – See beautiful photos and video from...