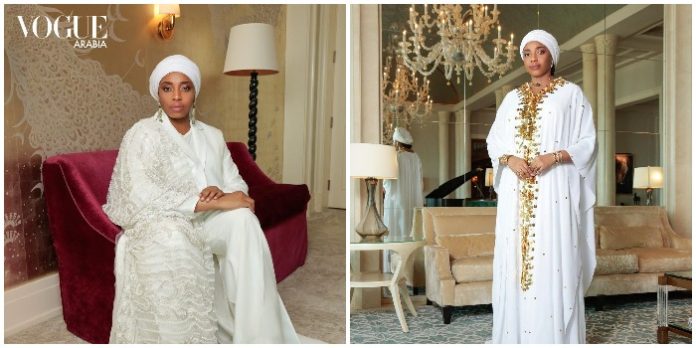 Covering Vogue Arabia, the Ooni of Ife, Oba Adeyeye Enitan Ogunwusi’s former wife, Queen Zaynab, opened up on how difficult it was to divorce him.

In the interview, Zaynab revealed this. “It’s interesting to hear that being the first queen out of Africa to dissolve my marriage with a king is considered a thing,” she says. It took a lot of bravery to make such a decision. “I wanted to make a statement about what I believed in.”

She continued, “At a point during my absence from the King, I had an epiphany. So I sat down and talked to myself, deciding to help all those who are oppressed.”

“I want to raise all those who are impoverished,” she said of her eponymous organization, which was founded in 2019 and focused on assisting domestic violence victims, helping women achieve financial independence, and granting young girls scholarships.

See photos of the cover below: