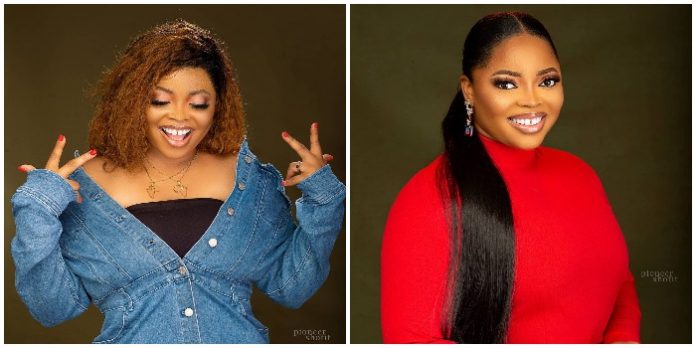 Nollywood actress, Juliana Olayode has finally opened up on why she ended her acting career.

Juliana Olayode who rose to fame after featuring in popular actress, Funke Akindele’s ‘Jenifa Diary’ as she played the role of ‘Toyo Baby’ has been off the television screens for some months now and movie lovers have been wondering her whereabout or the reason she has been absent all this while.

The actress revealed in an interview that she dumped her acting career because of kissing scenes in the movies as she has always been required to kiss when she goes for auditions.

She lamented over how in one scene she has to be kissing numerous times in different shots, from close up shots, long and medium shots and continuity shots and she is not going to be kissing any other man apart from her husband.

Here are some reactions;

Why the hate comments from you Ladies especially?
Thought you all keep saying “Do what makes you happy”,even on useless post you are supposed to condemn ?
Here is someone living her life by her guided principles,and i see comments like “holy Mary “ “sister Theresa” Really?
You all need to do better.
Yes even in the midst of evil ,immorality and others that the society has embraced as Normal ,there are people that still want to be decent… Respect that.

@osam_lucky: This is wife material…. And she’s right… If it matters to you… You can choose to pick one.. Relationship or Career…