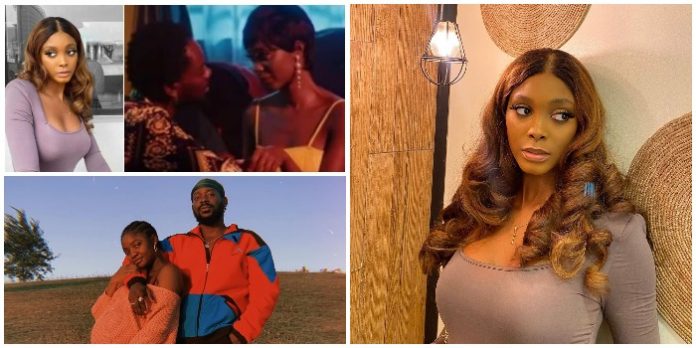 Pretty Video vixen accused of sleeping with Nigerian singer, Adekunle Gold has reacted to the allegations levelled against her.

Recall that a controversial blogger, recently alleged that Nigerian singer, Adekunle Gold, whose real name is Adekunle Kosoko cheated on his wife, Simi with a video vixen simply known as Teminikan.

The rumors started off, when blogger, Gistlover alleged that Kunle cheated on his wife, Simi with a lady simply known as Teminikan.

According to the controversial blogger, AG has been having an affair with Teminikan while Simi was pregnant with their baby.

The blogger also alleged that the singer had made a video for his lover using her as a vixen. These revelations have sparked reactions from fans who expressed disbelieve and shock.

”Stay away from AG baby, Simi doesn’t joke with Kunle, and we Instagram in-laws too won’t take it lightly with you, while Simi Carry belle,oga Dey knack you for set and you know he is married, avoid Ag baby before I enter your matter as Mummmmyyy Dey enter people matter, and you Ag baby, FACE FRONT, Baba Jare be warned don’t give my baby girl breakfast chop, I come in peace,i intentionally put Aunty with the promo puna handle there, make them burn her page small,igi ewedu oni wo pawa o”

‘Let’s laugh small. Naso one sing Mama so fine she got like six tattoos wey we think say na Chioma hom sing am for.Ashe na him side hen,this one sef sing jore use side chic do vixen. I tire for all these men wey their gbola no Dey gree rest. i come in peace,igi pawpaw oni wolu wa o’ 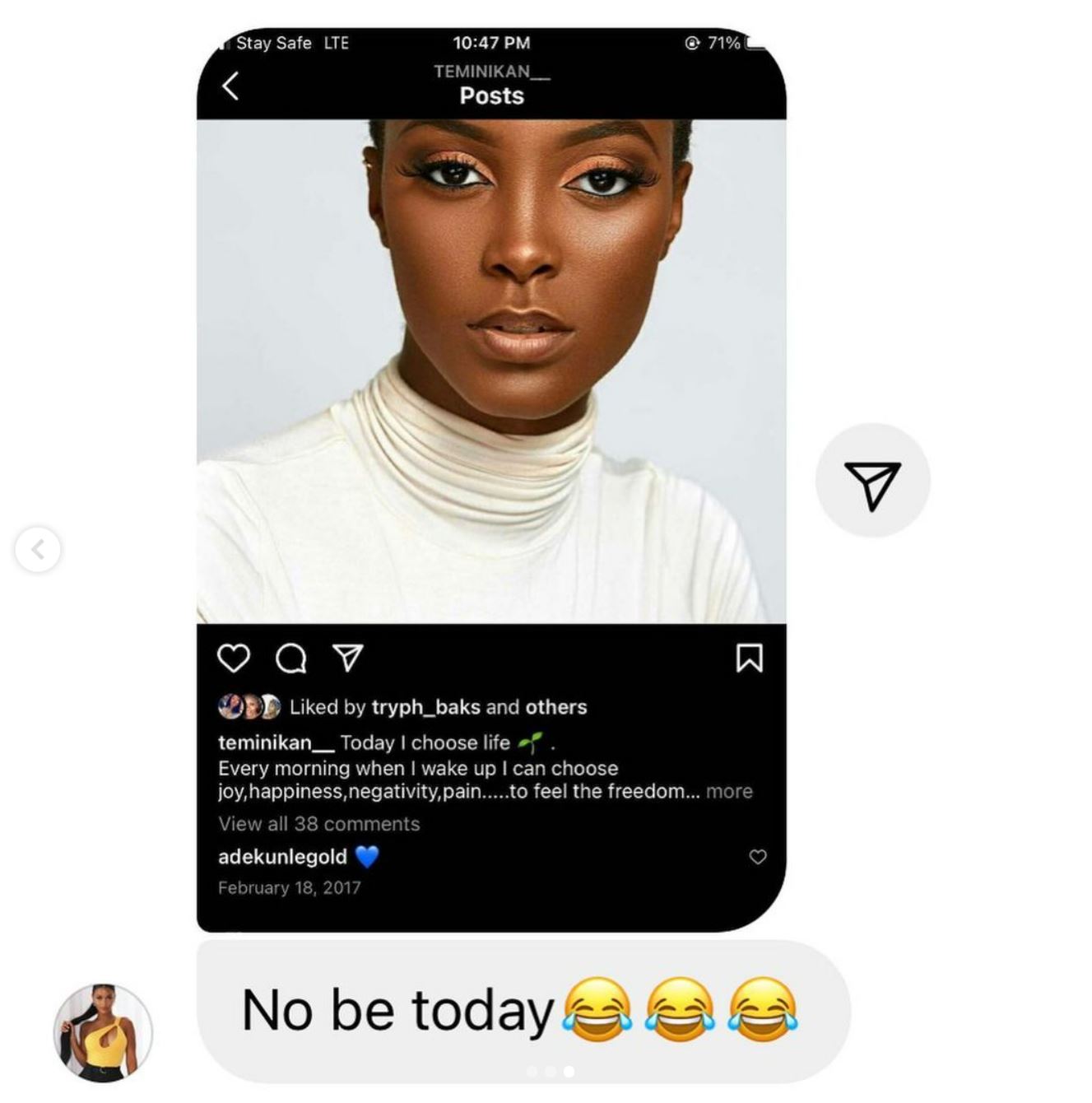 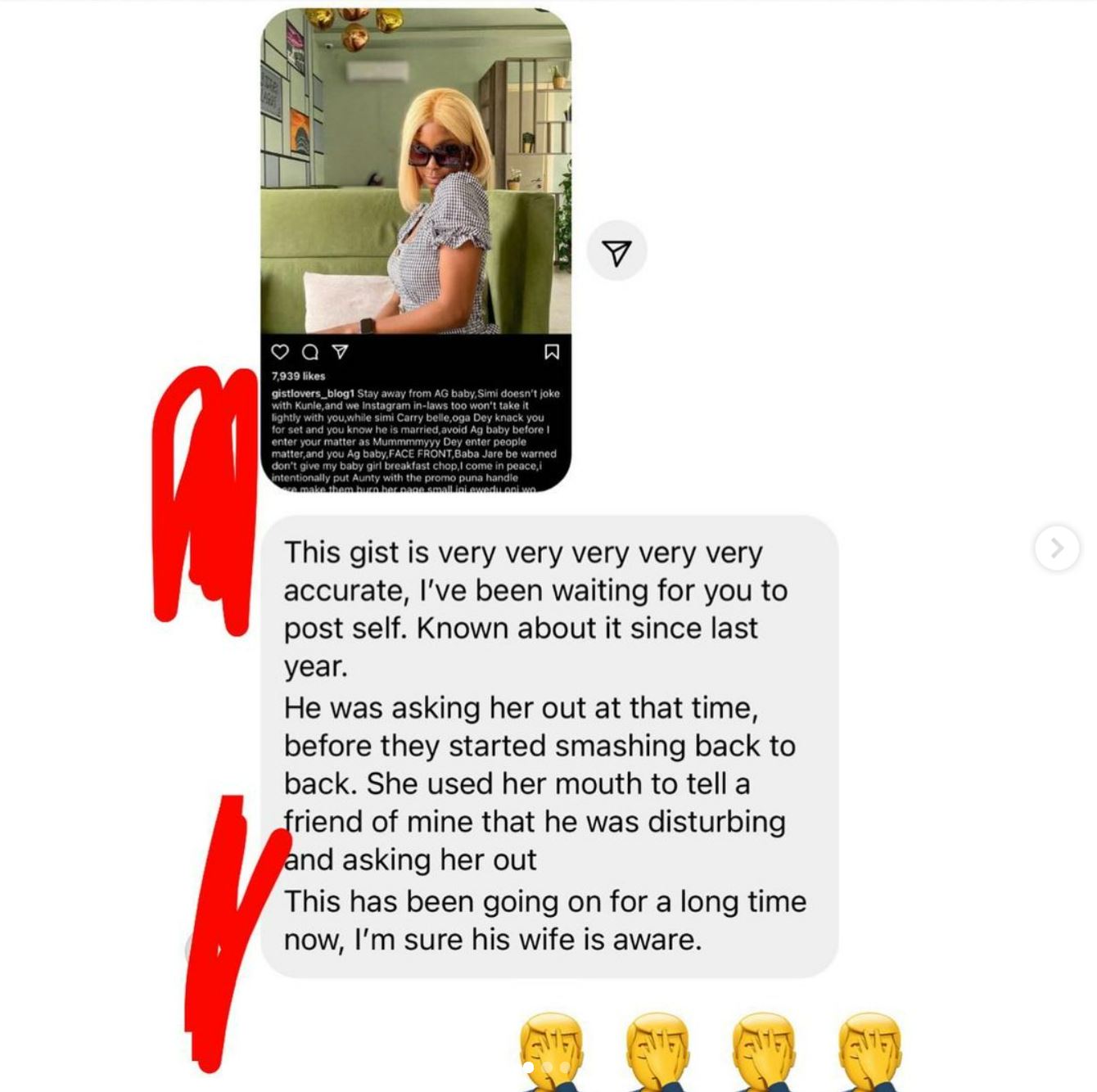 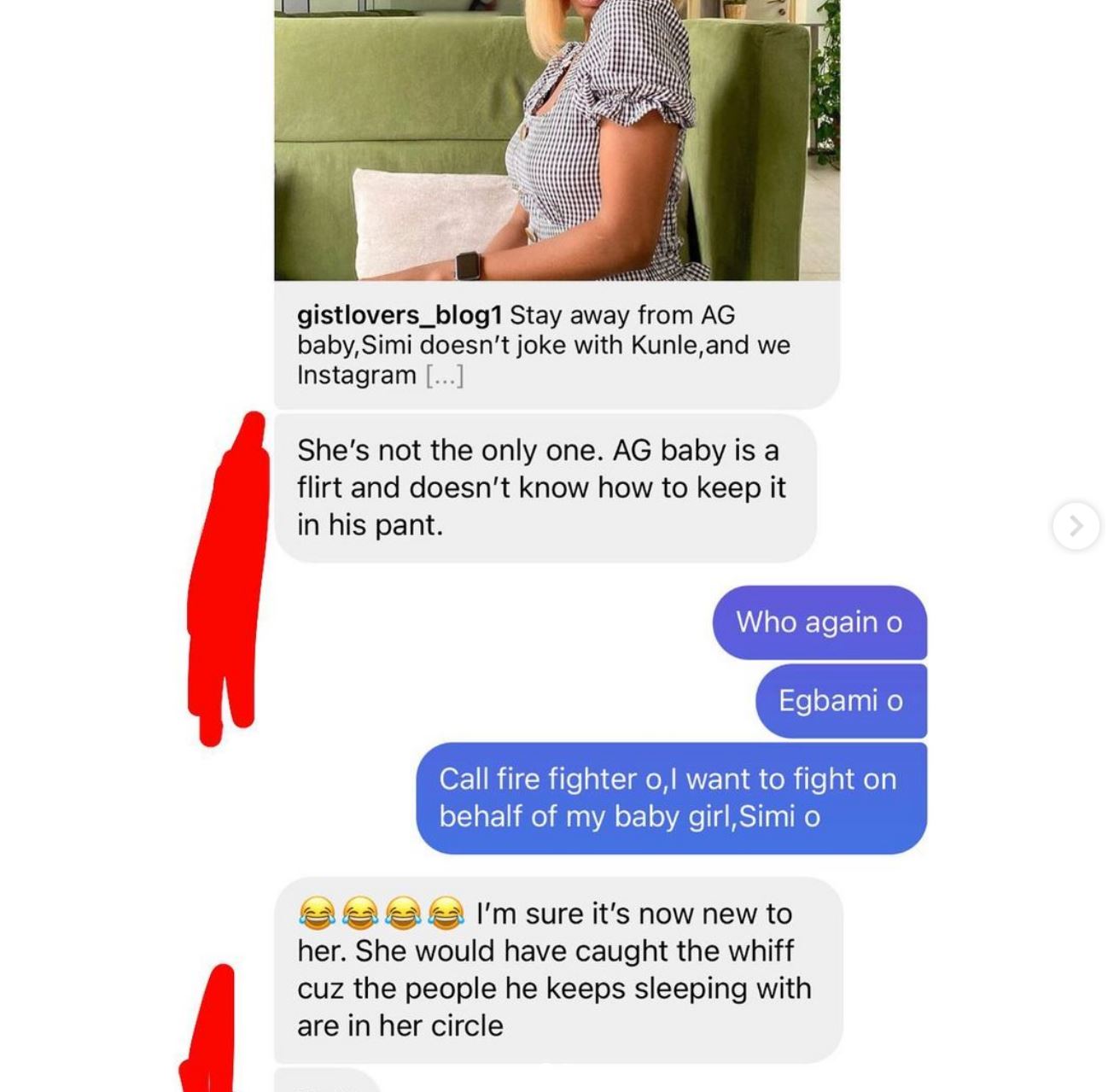 Reacting to the report, Teminikan took to her Instagram story to reveal how traumatizing the past few days have been for her and further noted how untrue the rumor were.

“These past couple of days have been very traumatizing for me. It has affected my work, family, relationship and brand.

It’s a really terrible thing some blogs do carrying unverified gist/information and ruining good reputations built from so much sweat and hard work over the years.

I want to thank everyone that has stood by me during these difficult times, I appreciate each and every one of you for all the support, it means such a great deal to me. God knows all and reveals all.” 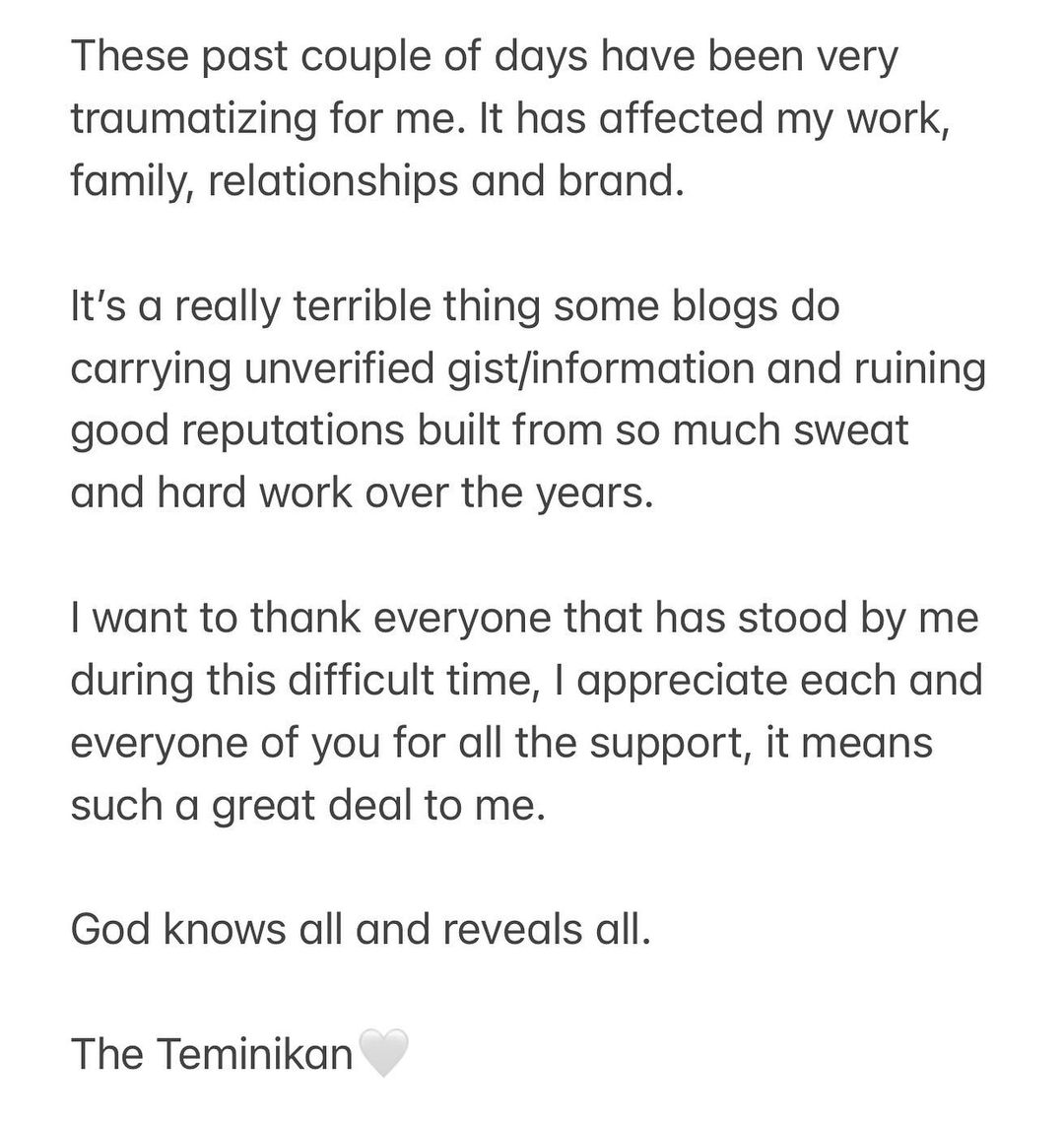