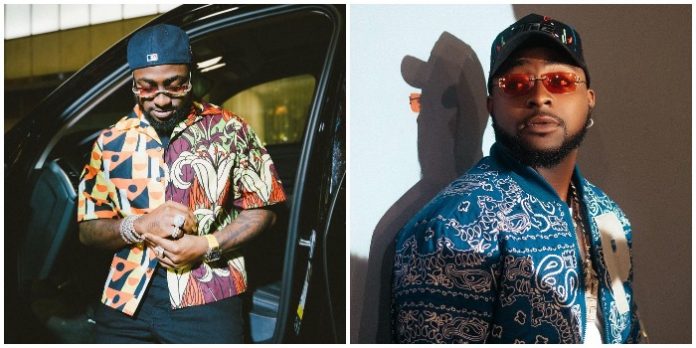 Singer Davido has reacted to claims of his colleagues being jealous and not hailing or celebrating him on his 10th anniversary like fans and close friends did.

Davido celebrated his 10th anniversary two days ago and most of the people who celebrated him were his fans, close friends, and a few others but none of his colleagues gathered the courage to congratulated him for being in the industry for 10 years.

The award-winning musician who broke into the music limelight in 2011 made a post on his verified social media handle on Instagram to commemorate this achievement.

Commenting on a post that chides his colleagues for not congratulating him behaving as if they are blind and don’t know what is going on, Davido asked whether it’s today others are noticing as he knew they weren’t going to.

Davido’s comment ‘Nah today’ shows that he’s so much aware that almost all his colleagues are jealous or don’t like him hence he wasn’t expecting any of them to congratulate him for being in the industry for 10yrs now and still counting.

Davido despite being shamed and dragged for having a frog voice has been able to give fans and music lovers a number of hit songs since he started doing music and he celebrating 10yrs of being in the industry is worth it because he has come a long way. 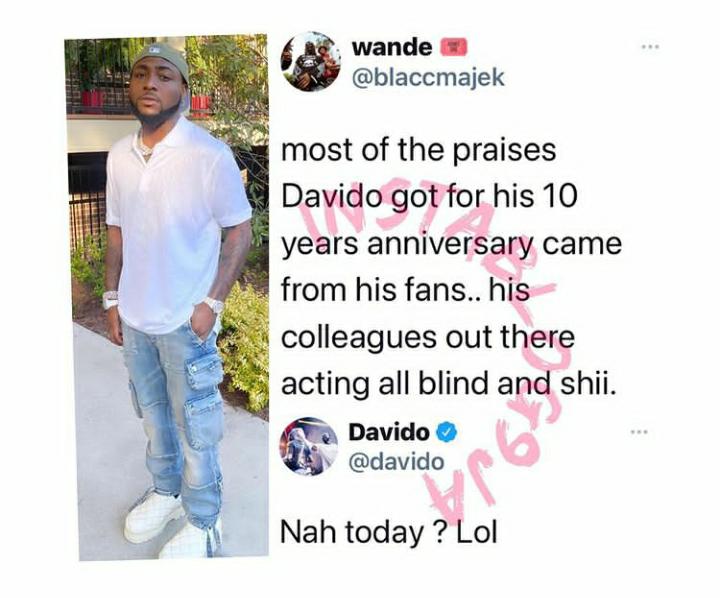