MaDailyGistGet the Latest Gist in Town
More
GOSSIPGet Daily Gist
More
Home Business Mr. Macaroni Reveals How He Was Beaten By The Police When He... 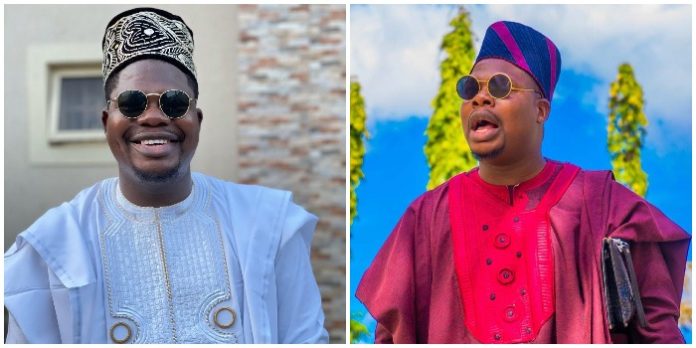 Popular Nigerian comedian, Mr Macaroni has taken to social media to speak about how he was beaten by operative of the Nigerian Police Force when he was arrested during the #EndSARS protests.

He made this known in a series of posts he made on his verified social media handle on the popular social media platform, Twitter.

It could be recalled that the comedian was part of protesters who stormed the streets against the reopening of the Lekki toll gate after it was closed down due to the #EndSARS protests.

Speaking about what they did to him, he said;

“That very day, I swore never to stop using my platform to call out the evil that the Police do. If they can do that to someone people know, imagine what they do to hundreds of thousands of unknown Nigerians.

We are in court though. We filed since last month; Aluta Continua. When I was at Adeniji police station, the police officers took turns to beat me up. They were even calling themselves to come and beat ‘Mr Macaroni’

They said in my life when next I hear police, I will run! One said if not that people would ask about me, he would have killed me. I should promote the same police institution that oppresses Nigerians? The majority of Police officers are just there to steal, rob, harass, brutalise and oppress the people. We see it happen every day.

You swore an oath to protect, yet you kill and destroy. Zero conscience! Every day, there is always one negative report or the other about the Nigeria Police.” 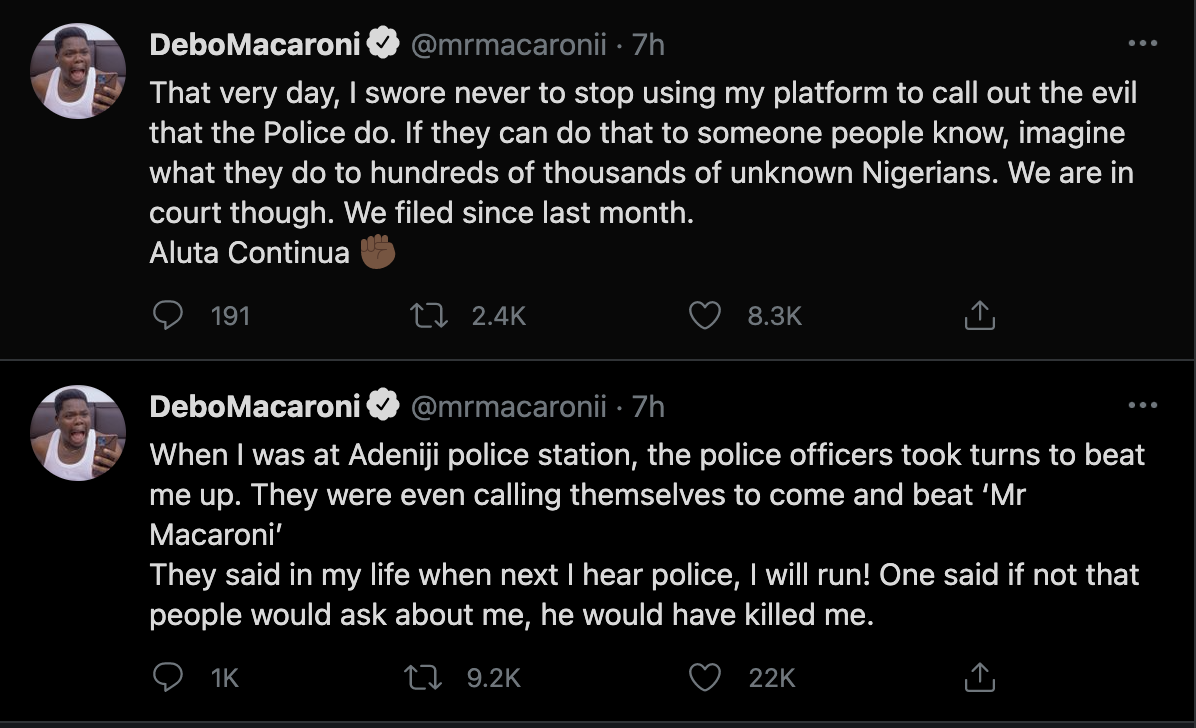 “Blue passport na your mate?” Pere, Boma and Michael show off their American passports as they jet off to Dubai (VIDEO)