MaDailyGistGet the Latest Gist in Town
More
GOSSIPGet Daily Gist
More
Home Celebrity/Entertainment Mercy Eke opens up on how she is being funded and became... 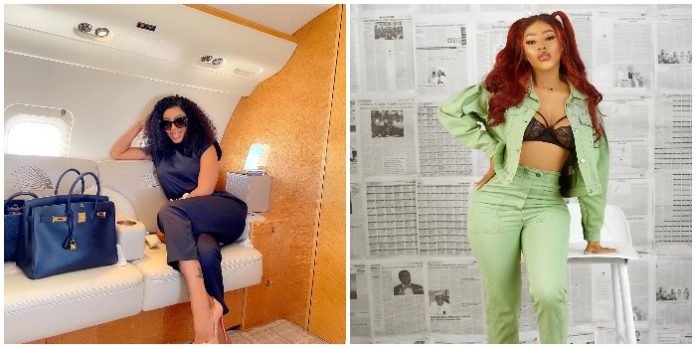 Reality star, Mercy Eke condemns the claim that her success is supported by a man rather than from her multiple streams of income.

The 2019 BBNaija winner made this known in a youtube session where she answered a list of questions from fans.

According to Mercy Eke, her drive for success is her constant fear of failure in life.

“In this part of the world, people believe a man is behind the success of a woman, whether she is married or single.

I work hard for everything I own today. When people say a man is behind these things, I find it appalling. However, it does not get to me anymore because what else would one say? It only shows that my success is visible.”

Furthermore, she noted, “My biggest fear in life is a failure. I don’t want to fail and go back to the streets. I don’t want to roast corn anymore. I just want to keep doing what I know how to do best. God has blessed me.

The fear of failure makes me stronger. I want to be a better person. I want today to be better than yesterday.

She added, “I worked hard for this fame and I won’t let the fame get to me. Sometimes, I even forget that I am a celebrity. I drive myself and do things a normal person does.”

Watch the full video below: