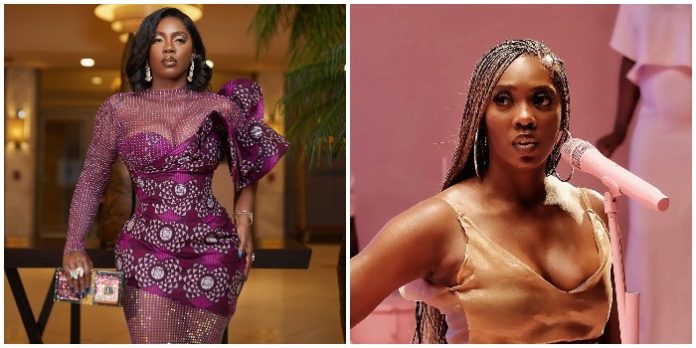 The identity of the guy allegedly in the $3xtape of Tiwa Savage has been revealed and according to blogger Gistlover, it’s all publicity stunt as the lady in the video was someone else.

Tiwa Savage in an interview a few days ago disclosed that someone is trying to blackmail her with her $3x video but she is not going to allow that and most people think the songstress was just doing all that for fame and to promote her new song.
Blogger Gistlover has shared the identity of the man Tiwa Savage is allegedly dating and was in the video she claimed to be blackmailed with claiming the video was posted 2yrs ago and the lady that was in the video looks like Tiwa Savage but she isn’t the one.

According to the blogger, it was all PR strategy from Tiwa Savage and her management to use to promote her latest album but they forgot there is something called integrity that this stunt has taken away from them because they lied.

Some people are beginning to believe that Tiwa Savage said all that just to chase clout because her calmness when she was speaking about it gave her out as someone whose nakedness is out there won’t be so calm as she was.

And his said boyfriend who was in the video happens to be part of her team and that is also something that has made some people believe that it’s just a way to chase clout but this was too lame for an A-list artist like her.

The post read: So apparently this is the Abolo that Tiwa is dating and is alleged to be in the said video which was a PR stunt, kindly go to our other page to see the video and evidence of when the video was posted two years ago.

The lady in the picture looks so much like Tiwa but definitely not Tiwatope Savage,Na lie I hate,to those people doing yeye PR,let me teach you how to make Una song trend and make people vibe to am, just declare a challenge with the song,tell people to do challenge with it on IG o,Facebook o,tiktok ,before you know it your song is everywhere.

Stop sitting comfortably in front of camera to Dey grant yeye interview to deceive people,not fair,I know say na your daily bread you dey find but at the same time INTEGRITY is key, aside that why dragging your name in the mud just to chase clout? why??? 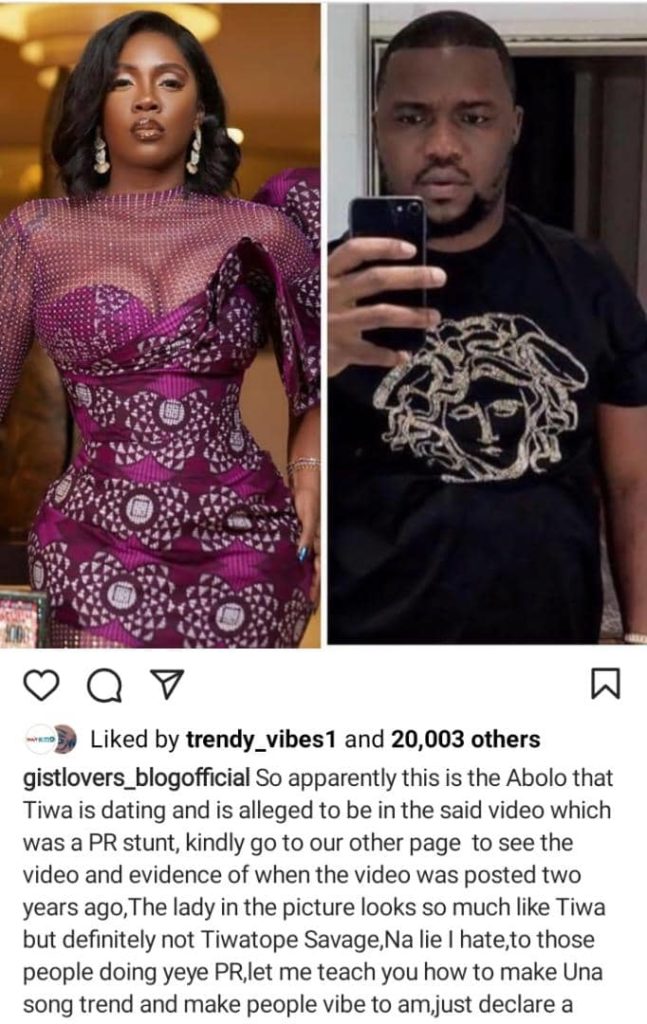 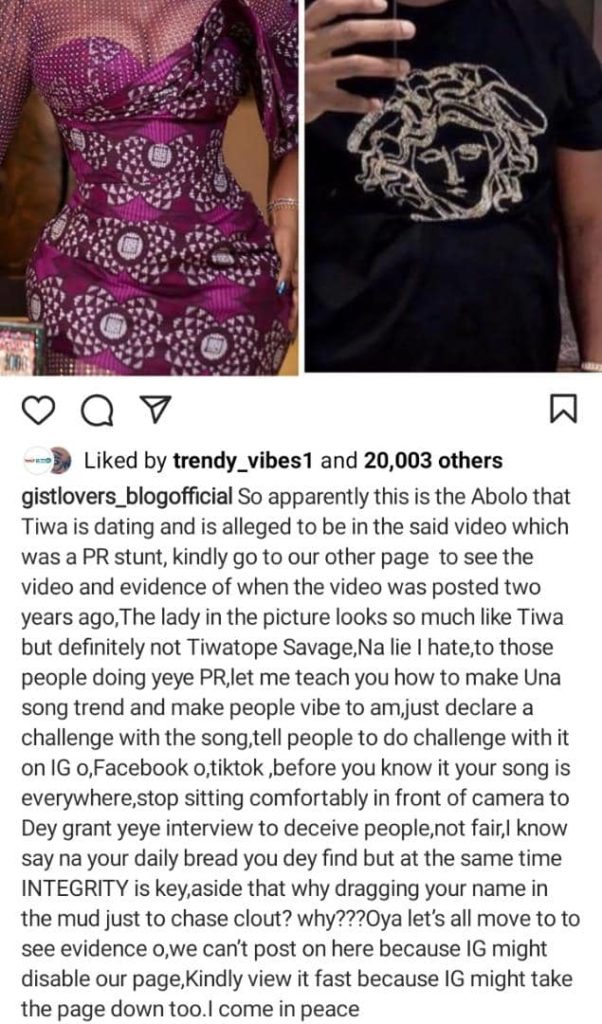 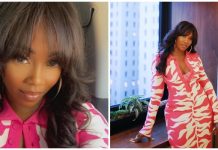 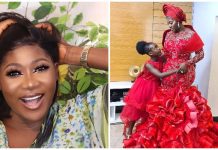 “You bullied the teacher and made your husband hire bodyguards to beat her up” – Nigerian Lady calls out Mercy Johnson, shares her own... 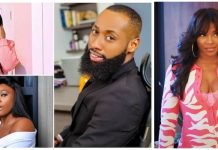