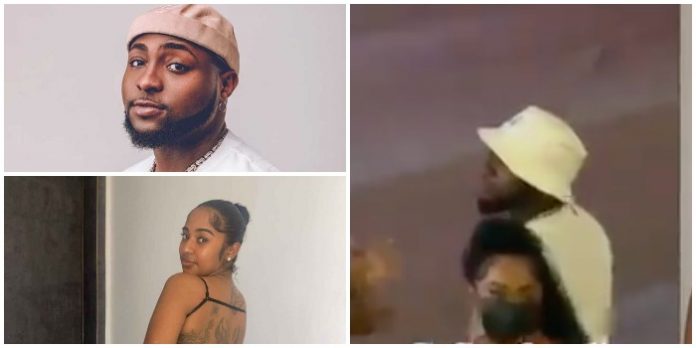 Recall Davido has been rumoured to having countless relationships with other women aside his current fiancé, Chioma Avril.

Davido recently went on a trip to his old stomping grounds in Atlanta, where he grew up and is currently on a vacation in Saint Marteen, but to our surprise, he has been spotted with Mya Yafai, a former girlfriend of American rapper, Young MA.

One could notice that they have known each other for a long time, judging from how they held hands, it could be that the two are just good friends, just like they could also be romantically involved, just as Nigerian blogging site, The TattleRoomNG is claiming.

We don’t know too much about Mya Yafai aside from her relationship with New York rapper, Young MA. Aside that she is a regular pretty girl who looks a lot like Chioma.

Checkout her photos below: