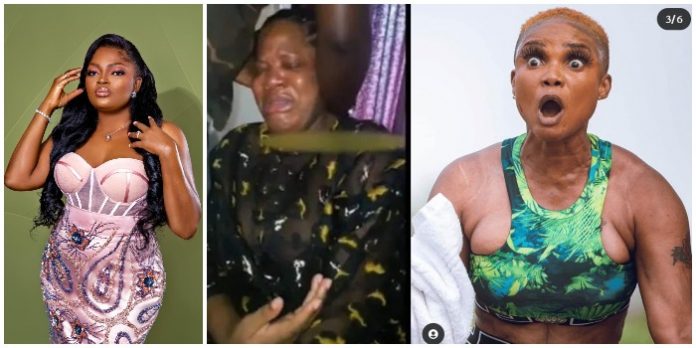 It is glaring that another social media war is about to brew between Iyabo Ojo, Toyin Abraham, and Funke Akindele.

Well, the reason is not farfetched as it could be linked to Toyin Abraham’s recently released movie; The Ghost and The Tout Too.

The star-studded movie which premiered in the cinemas in Nigeria on Friday September 10, was reviewed by a controversial page on Instagram, Cinema Pointer.

“Not Recommended for intelligent people. Over the years, we have told you many truths but non Greater than this: Intelligent minds were not taken into consideration at all in the writing and in the making of ‘Ghost and The Tout Too‘.

Thusly, intelligent minds will not enjoy it at all.

Regardless of how flagrantly it copycats off ‘Ómó Ghetto: The Saga’ desperately hoping to shine like it. Unlike that one ‘The Ghost and The Tout Too’ doesn’t understand that movie-making is rooted in brain-work and not in using cinema to do “Yahoo”, abusing stardoms to fleece fandoms.

If you are intelligent, you are better off staying back home this weekend to watch ‘Ómó Ghetto: The Saga,” part of his review read.

Well, obviously this didn’t go down well with Toyin Abraham, her friends in the industry and some of her fans.

Iyabo Ojo also accused Funke Akindele of being full of jealousy and negativity, adding that The Ghost and The Tout 2 will surpass Funke’s Omo Ghetto: The Saga.

“How much did Funke pay you to write this rubbish? The day she begins to find ways not to talk to bad about her fellow colleagues or discredit their work or personality, that day she will begin to experience inner peace,” Angry Iyaba Ojo fumed.

See full screenshot of her rants below… 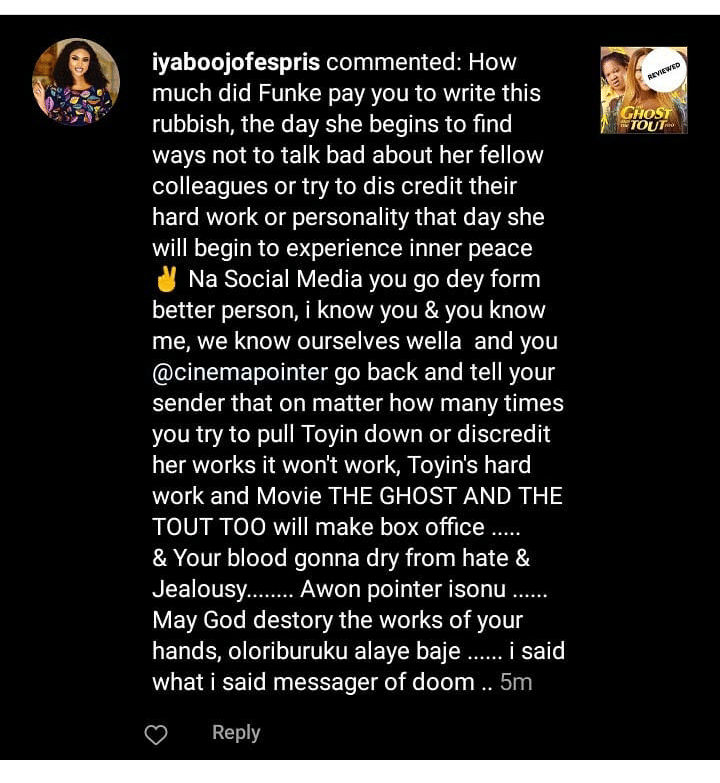