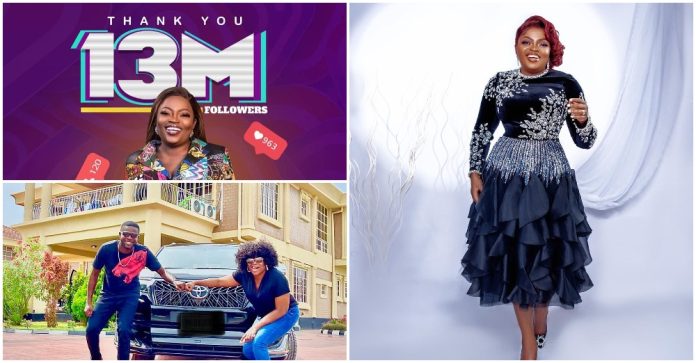 Nollywood actress Funke Akindele-Bello is yet to show her fans and supporters the face of her kids but this doesn’t mean she’s a social media recluse.

Like previous years, Funke kept her online community updated on social media with major wins and even some challenges she battled with.

All in all, there’s no denying that she and her family members had nothing short of an amazing 2021.

We compiled some photos, videos highlighting some proud moments of the actress over the course of the year. Check them out below:

The Nollywood lovebirds were heartily congratulated in August as they marked five years of being married. Funke and JJC released beautiful pictures that got many gushing.

Funke celebrated amassing a total of 13 million fans and followers on Instagram in June. The actress currently has 14.4 million IG followers.

The actress’ film, Omo Ghetto: The Saga debuted on movie streaming platform, Netflix. At the time, it occupied the number one spot on the platform.

In June, Funke emerged as the winner of The Net’s Most Popular Actress award. She shared the good news online and many congratulated her.

After a successful run of their Omo Ghetto movie, Funke and her husband rewarded themselves with brand new cars. Many were happy for the hardworking couple. 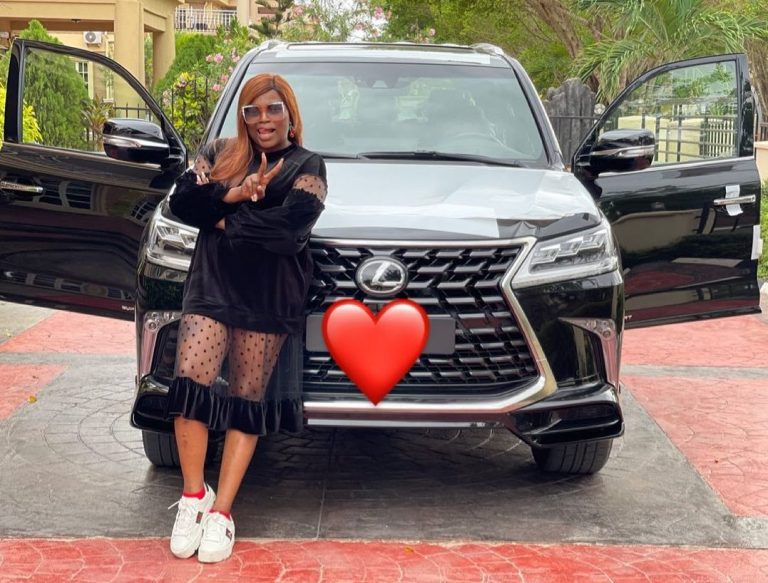 The Jenifa film star and her husband didn’t miss out on 2021’s Valentine’s Day celebration. Funke marked the occasion with a special video post dedicated to her man.

The actress had a revealing sit-down interview with media personality Chude Jideonwo. Funke revealed personal information that left many in awe of her strength.

In February, Funke’s Omo Ghetto film racked in more awards. It was named the biggest Nollywood release of all time.

The actress celebrated the 14th anniversary of her TV character, Jenifa, in November. She thanked her fans for sticking with the hilarious character.

It’s no surprise that the actress had a beautiful 2021. A video posted by the actress on the first day of the year saw her wishing herself and others well.