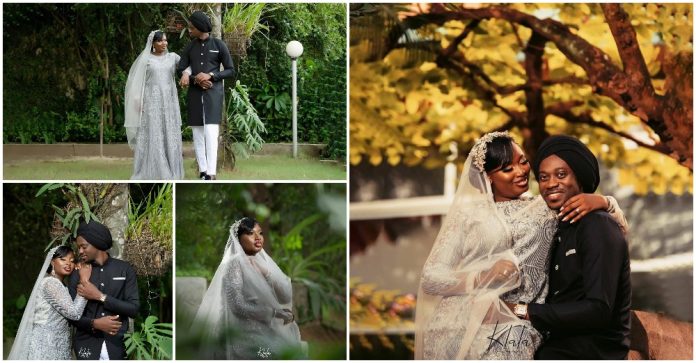 Actor Adedimeji Lateef and his bride Mo Bimpe are preparing for their big day as they recently confirmed their wedding date.

Seven days to their big day, official pre-wedding photos of the couple were released and there is no doubt that they look happy and beautiful.

While Mo was dressed in a silver dress with a veil covering her head, Adedimeji went for a black shirt and cream-coloured trousers with a black turban wrapped around his head.

Just like their guests and fans, the couple seemed to also be looking forward to their big day.

The couple chose a serene and beautiful environment for their shoot as they struck poses under green trees. 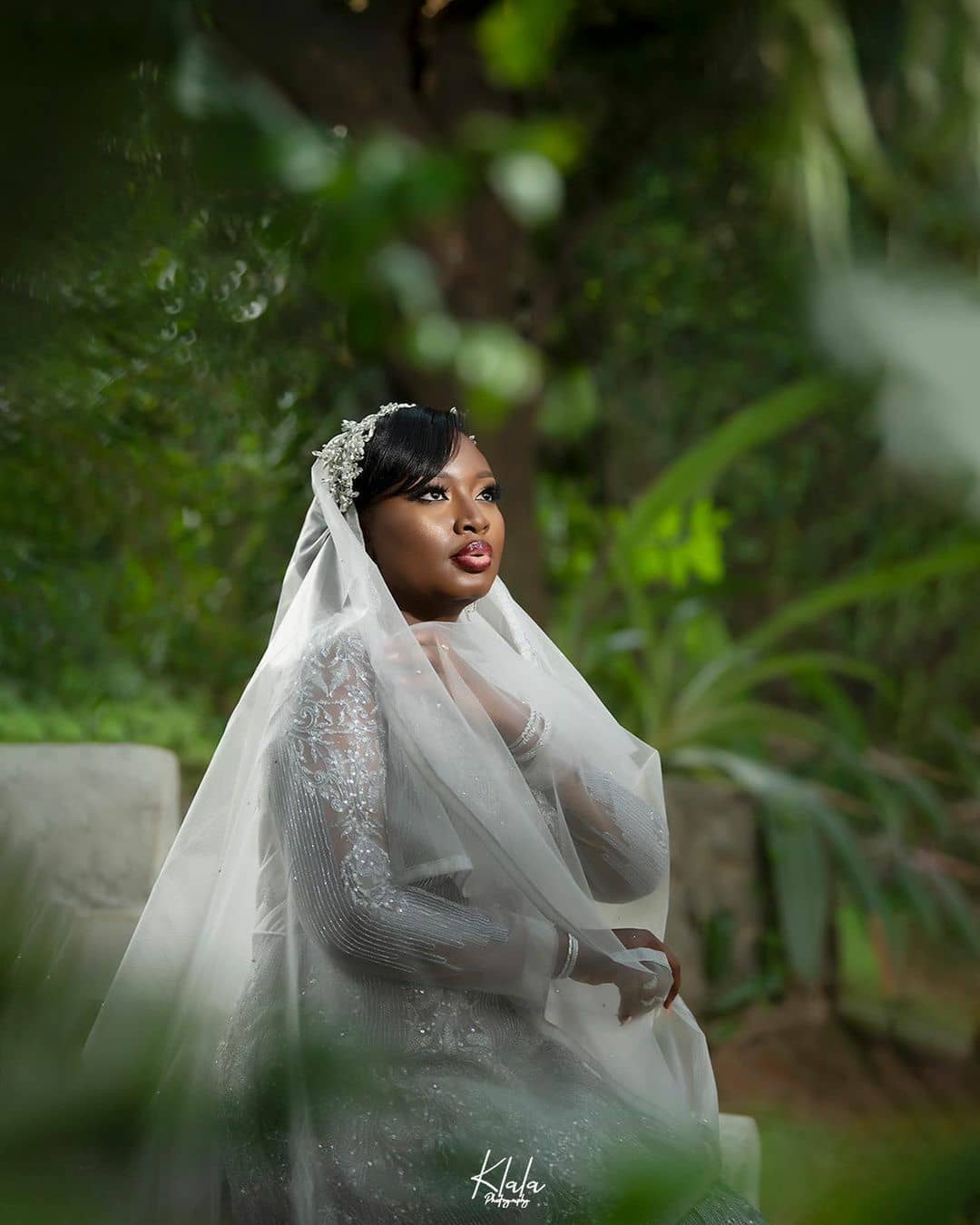 vickiesmiles_: “I thought these two were married before.”

simon_emmy_: “They were not married?”

otiniii: “Mo is just so adorable.”

eniola_ajao: “Congratulations my love❤️ super happy for you sweetie.”

debbieniobanke: “Finally it is here I love u guys.”

eliyon.dota: “I just love this two.”

Recall that Instagram blogger, Gistlovers who initially leaked the News of their upcoming wedding weeks ago, alleged that Bimpe Oyebade is pregnant.

“I posted it recently say them go do introduction for Ekiti too, their PR team say Na lie say Na movie set, as them don knack Bimpe Belle now, Na to do proper wedding ooo. Congratulations are in order as we prepare for #AA2021 we are selling Aso ebi for Vawulence Headquarters, Pepper them Red and you can jump in the lagoon green is the dress code from Vawulence headquarters, GLB Nation una no Dey play o.

CONGRATULATIONS BIMPE AND LATEEF, all the crushers ,Lateef is off market. He is Baba Atinuke now, igi pawpaw oni wo luwa o. I come in peace” the blogger had claimed.

For a long time, there have been speculations about the lovebirds being in a romantic relationship. A development they both debunked intensely until recent claims of Mobimpe being impregnated by Lateef.

The dynamic duo are now set to get married this December and they cannot seem to contain their excitement.

Recounting how they started dating, Adedimeji said: “We started dating this year, March to be precise. Those days when people said we were dating, there was nothing like that. People only speculated because we became really close and did a number of jobs together and we became fond of each other. It was not something that we both saw coming. One day, after a lot of back and forth, we sat down and said to ourselves we could make this work if we put our hearts together and show more commitment and love to each other; then we realized that we could not even do away from each other. So, the journey started and we are here today”, he told Tribune.

Speaking further, the ‘Ayinla’ actor noted that falling in love with Bimpe wasn’t something he planned.

“We have been friends for a while and we both understand ourselves pretty well. Like I said, it was not something we both planned; it was just a friendship that we nurtured and paid attention to. We respect each other and what we share and that, for me, is a big attraction, because we are both in the limelight at the moment. So, it is not a function of one attraction; it was a function of different attractions that led us to where we are today. I am happy about this new journey.

Earlier today, Lateef Adedimeji and Adebimpe Oyebade announced their wedding date, and congratulatory messages have been pouring in for them. They have also released their prewedding photos.