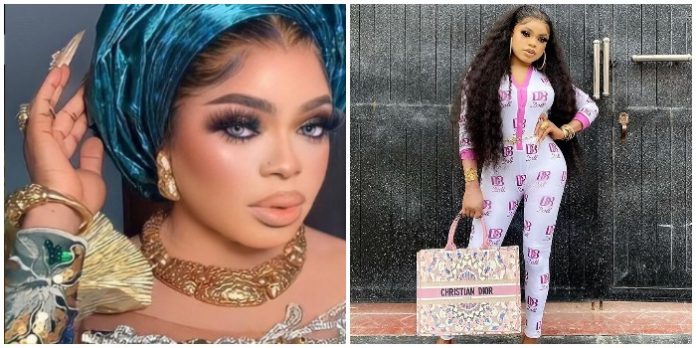 Popular Nigerian Crossdresser, Okuneye Idris Olanrewaju, well known as Bobrisky has been spotted using the male’s washroom despite claiming to be a complete transgender who has undergone all the necessary surgical procedures to be completely transformed into a woman.

Bobrisky on many occasions has expressed his displeasure in how he is being tagged as a male and made it very clear that he has been transformed to suit the other gender and he needs to be addressed as such.

As at now, we still don’t know what gender to assign to him because he constantly claims to be a full-fledged transgender man who has undergone all of the necessary surgical procedures to transition from male to female.

He was caught by a male fan who quickly filmed their encounter and quizzes him as to what made him use the male washroom since he claims to be a full-fledged transgender.

Meanwhile, Bobrisky disclosed why he has been laying low and avoiding trouble on social media.

According to the controversial transvestite, his boyfriend warned him to stay out of trouble otherwise he would end their relationship.

As a submissive partner, Bobrisky stated that he has been purposely ignoring negative comments and avoiding unnecessary drama on social media.

“DIDNT you guys noticed I don’t make trouble or fight anyone here again. My boyfriend on his notification to see my post. And he has warn me that if I ever respond to anyone or insult anyone here again… he is done with me. So I have to ignore all negative comments about me and act nothing ever happen.

He said baby make money and ignore dis people… Even @iamfaithojo tell me all the time to stay out of trouble !!!! That her eyes are on me daily”. 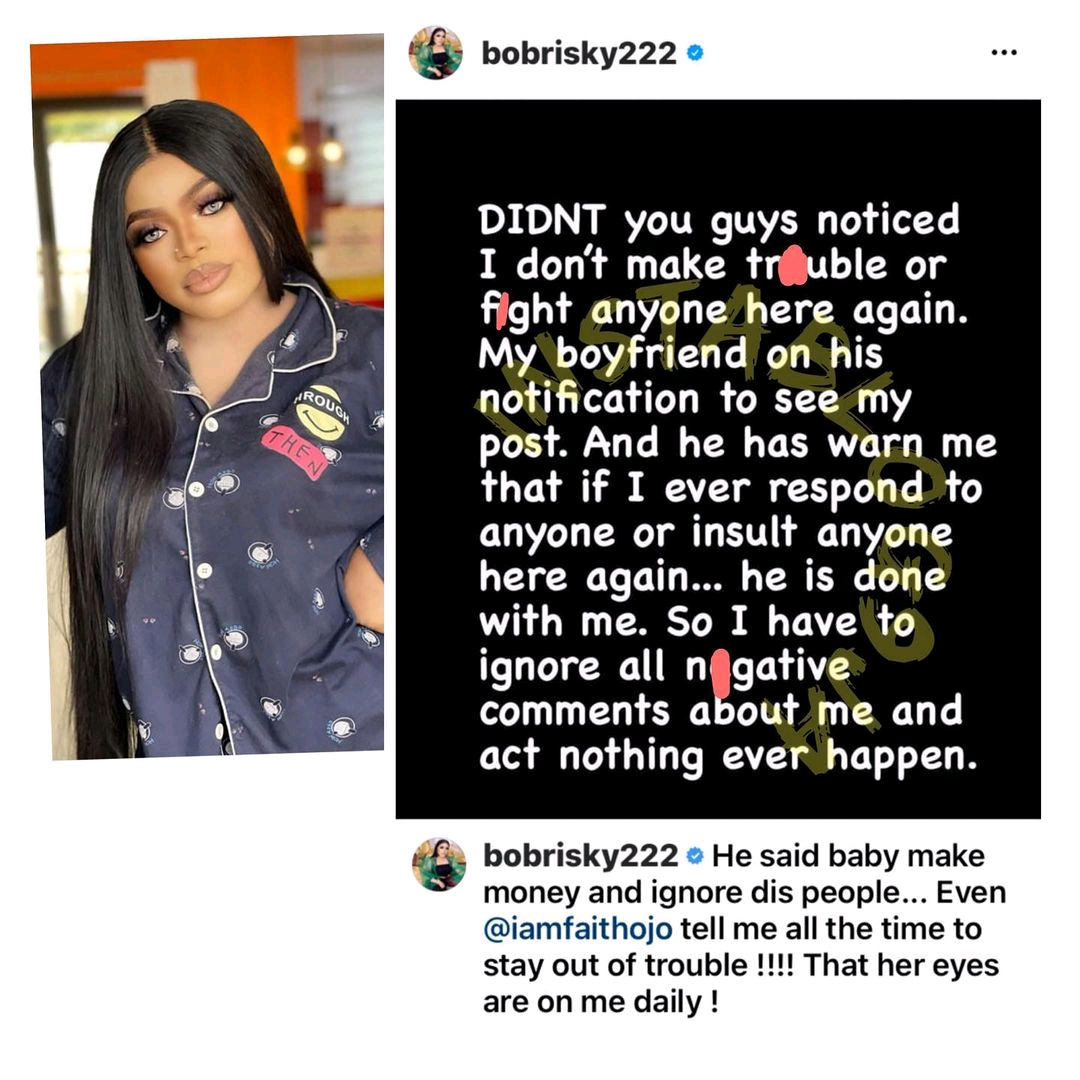 See how some fans reacted to his post below;

kuntaakinte: This female bros will just wake up and just be blowing lie upandan. Soon everybody will forget about you.

kimnerlllyyy: Once he starts getting forgotten he comes up with something to gather traffic. Smh.

mseroticaa: Somebori shu ep me to insult her boyfriend. I want see if he will take his advice. 🌚 We will do this for science.

enniez: U just can’t tho. Trouble is what u feed on, it’s what ure known for… I’m here to see how it’ll last, but until then, only u know the actual reason ure lying low, and I think I could guess it.

wisomcounsellin: Moral Lesson: Aspire to lead a calm and peaceful life as you mind your own business and earn your living, just as we’ve taught you. By doing this you will live an honorable life, influencing others and commanding respect of even the unbelievers. Then you’ll be in need of nothing and not dependent upon others.