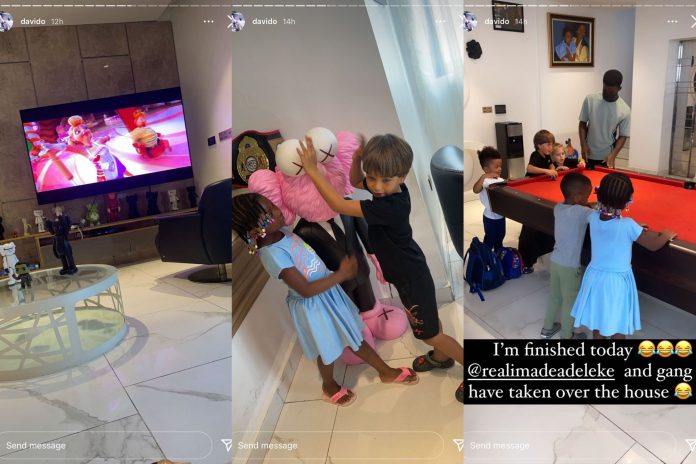 Popular Nigerian music superstar, Davido has cried out on popular social media that his daughter Imade and her friends who he called her geng have taken over from him in his house.

Davido took to his Instagram stories to share photos of his first seed and first daughter, Imade in action as she was busy with her geng playing.

In one of the pictures, Imade could be seen fondling with a teddy alongside one of her friends. 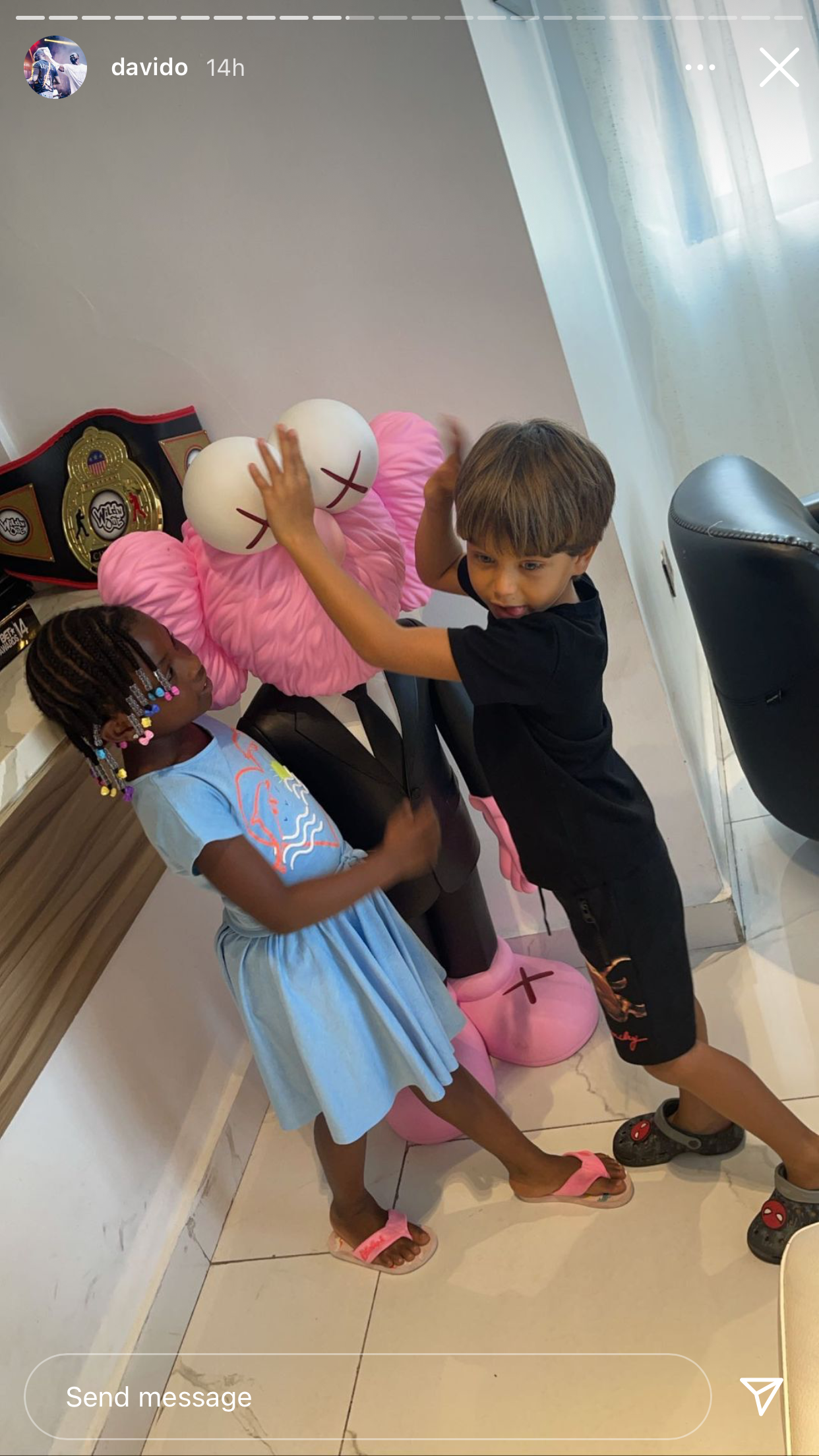 In the other picture, Imade, could be seen with her whole ‘geng’ at the snooker table. What they were doing in that part of the house could not be known but Davido captioned this one thus:

“Im finished today ??? Imade Adeleke and gang have taken over the house. ?”

See the screenshot below: 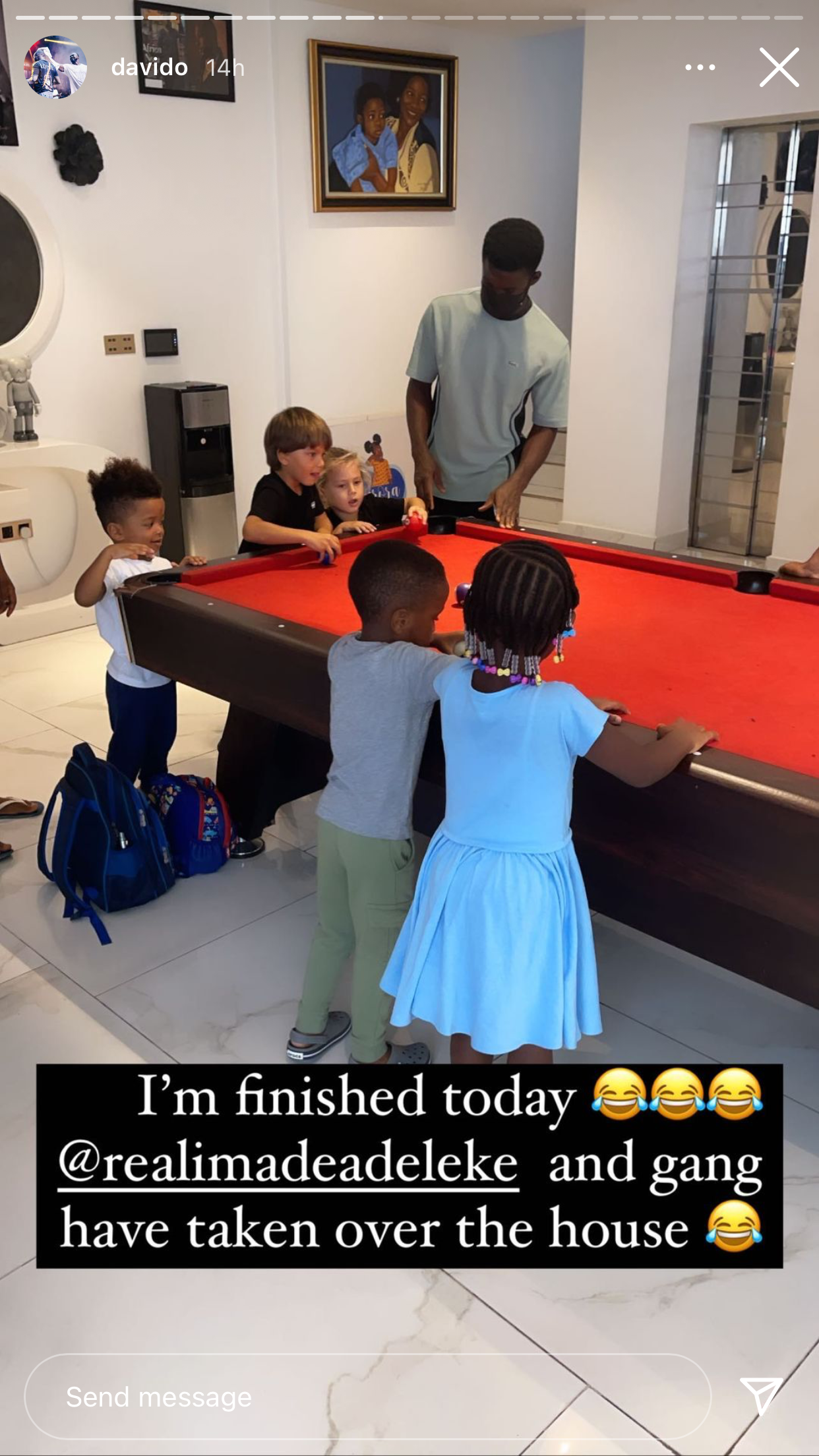 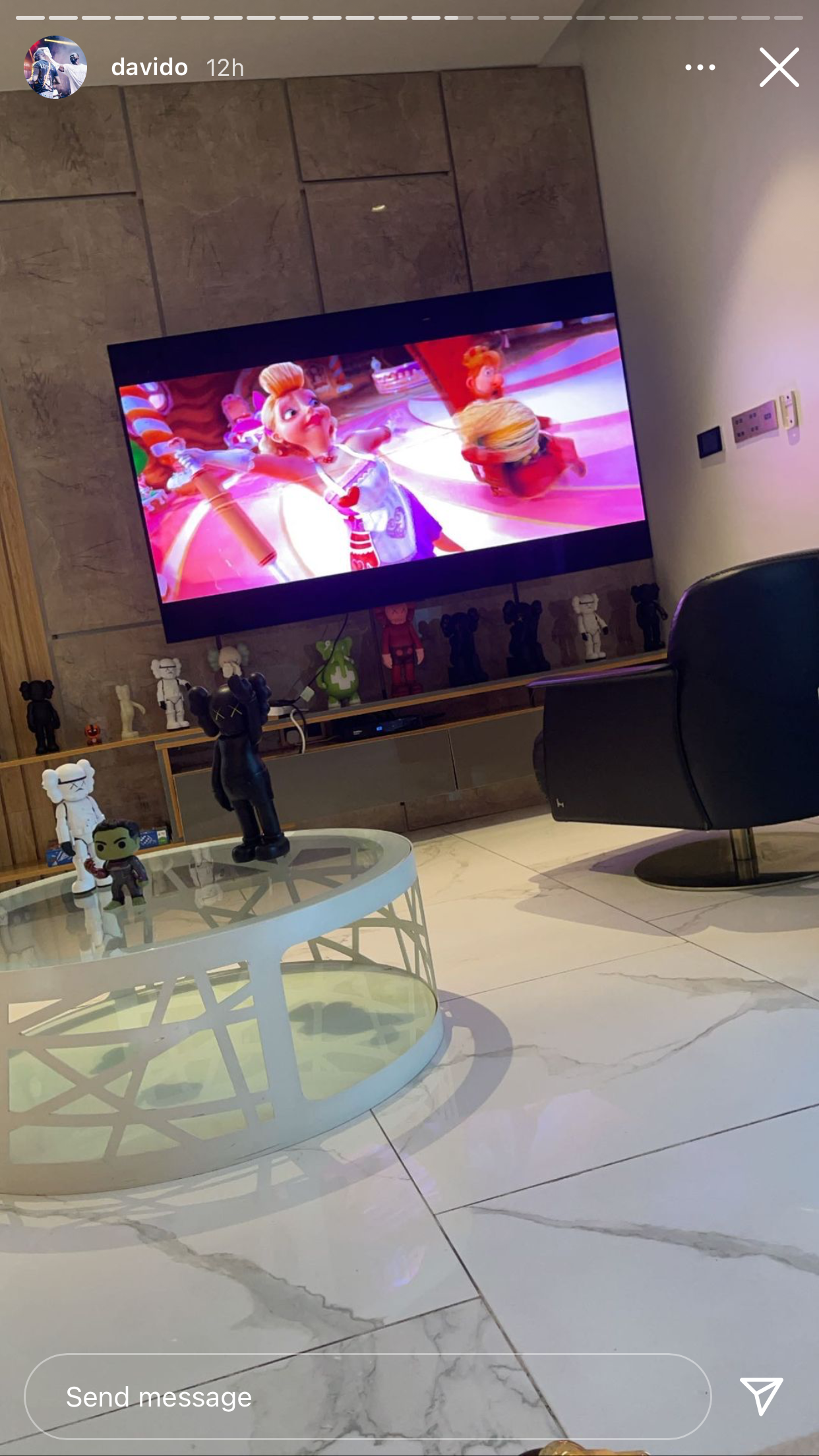 Davido is known for usually having a swell time with his children despite all of them coming from different mothers.

You’d usually see him have a nice time out with Imade; just days ago, he was having a good time with his son, Ifeanyi and he would jet out to America to meet Hailey.