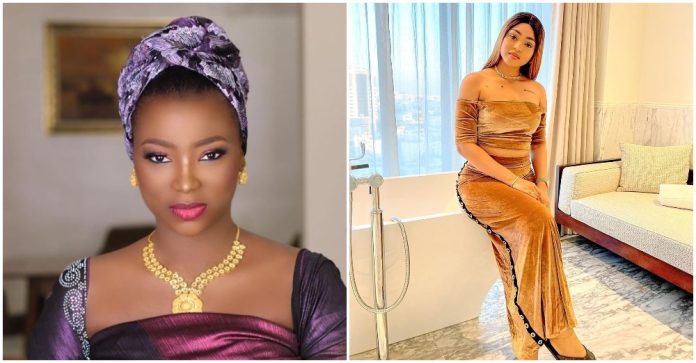 Sex therapist, Hauwa Saidu, popularly known as Jaruma, has pleaded for a refund of her 10million Naira as she shared a contract agreement binding her transaction with the Nollywood actress Regina Daniels.

In a previous post, she debunked the speculations making rounds about her forcing friendship with the Billionaire’s wife and actress due to visibility.

According to her, all she knows is business and not friendship as she pleads with the actress for a refund since she could not get the value for her N10 million naira advert.

However, in a subsequent post, the aphrodisiac expert shared the contract agreement of their transaction, which was issued on the 11th of November, 2020.

The agreement stated that Regina had indeed accepted the money to be the brand-influencer of the products even though it was not signed after several attempts to redefine the contract.

The contract also entails her promoting the brand on her official page and not a fan page. Therefore, it was stated that any attempt to breach their initial agreement results in an immediate refund.

Trying to be friends with billionaires????? U people surprise me..!! HAVE YOU EVER SEEN JARUMA BEING FRIENDS WITH ANYONE???? Jaruma does not do friendship JARUMA ONLY KNOWS BUSINESS – Jaruma was not looking for friendship, Jaruma was only trying to get value for 10 Million Naira she paid…!!! Swipe Left Swipe Left 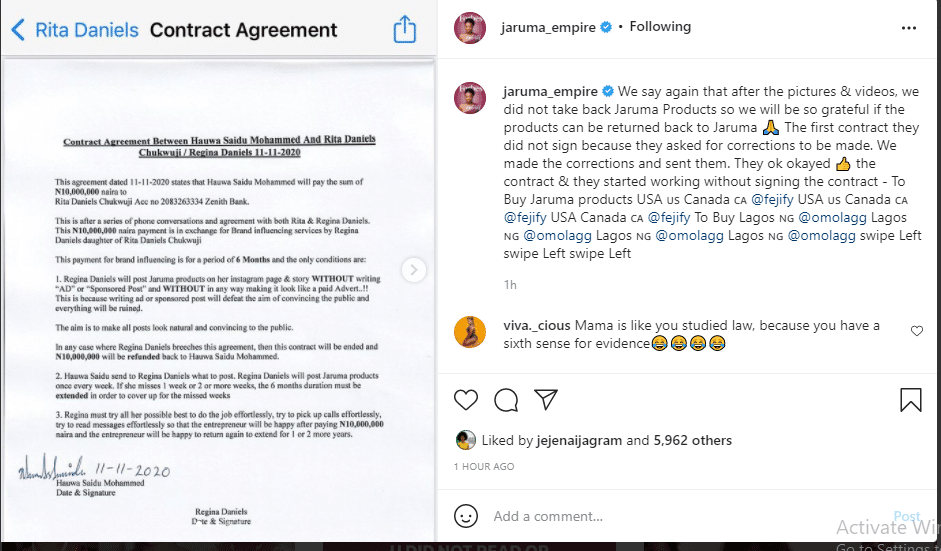 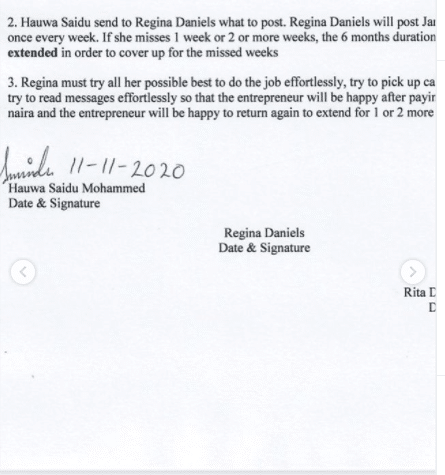 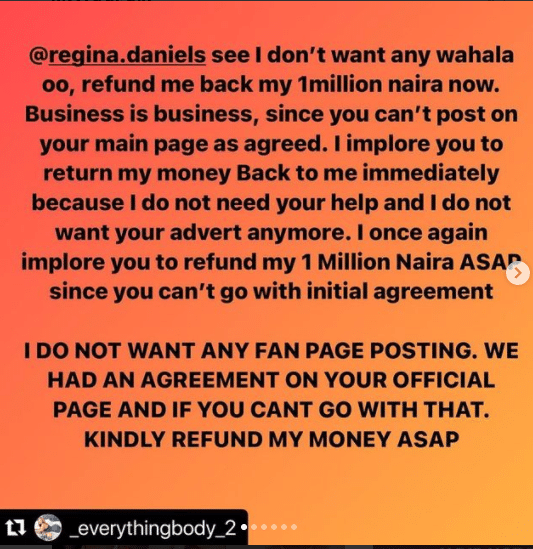 Recall that Jaruma’s relationship with Billionaire’s wife and actress, Regina Daniels, has hit rock bottom over claims of using her brand for selfish interest and gain.

Jaruma revealed the actress was paid a whopping sum of N10 million Naira and more to advertise her brand in their one year of friendship.

Jaruma insisted the actress post her products on her page only three times in six months, after which she came back to Nigeria to make sure Regina posted at least three times a week.