Nigerian international singer and DMW boss David Adeleke Davido in a recent statement, has expressed his excitement ahead of his son, Ifeanyi Adeleke’s second birthday.

The proud dad took to his Instastory to share a photo of Ifeanyi as he expressed his love for his son. 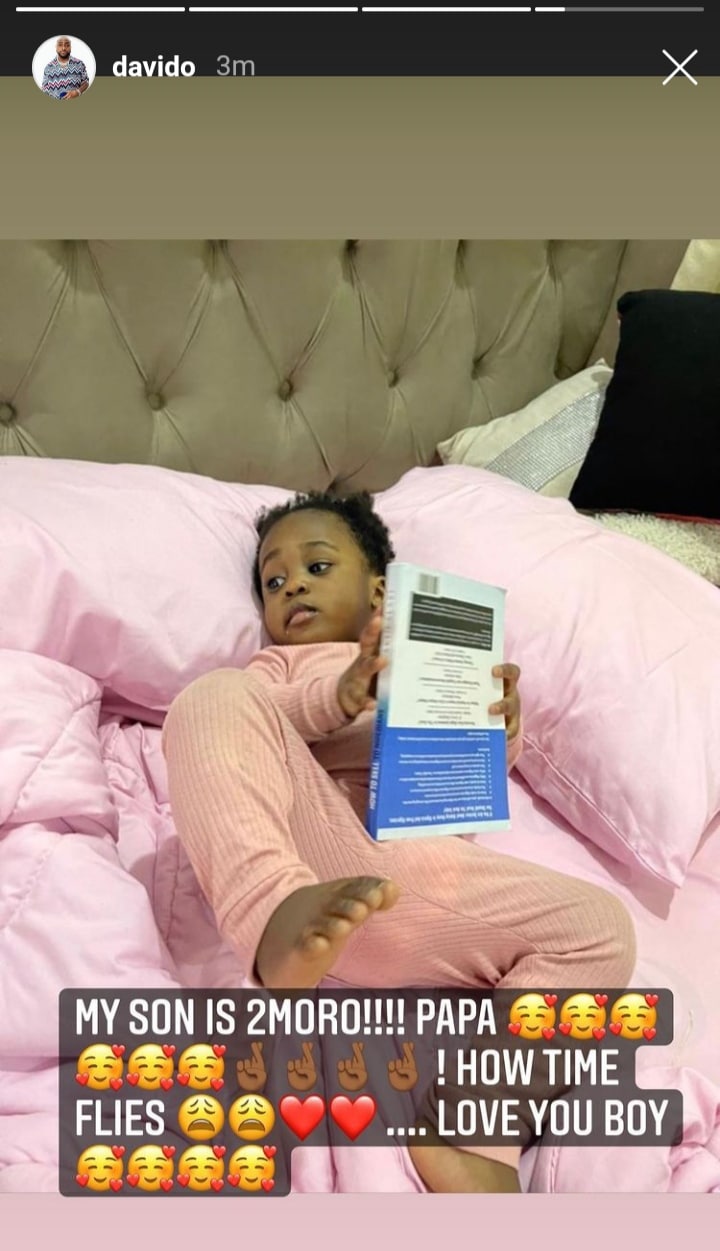 Recall that Davido announced the arrival of his son with babymama, Chioma Rowland, aka Chef Chi, on October 20, 2019.

Apart from Ifeanyi, Davido has two other children named Hailey and Imade. The singer is known for showing off his kids on social media and tries to have some father and kid moment with them.