MaDailyGistGet the Latest Gist in Town
More
GOSSIPGet Daily Gist
More
Home Celebrity/Entertainment How Kwam 1 has not been sleeping well in the past 3... 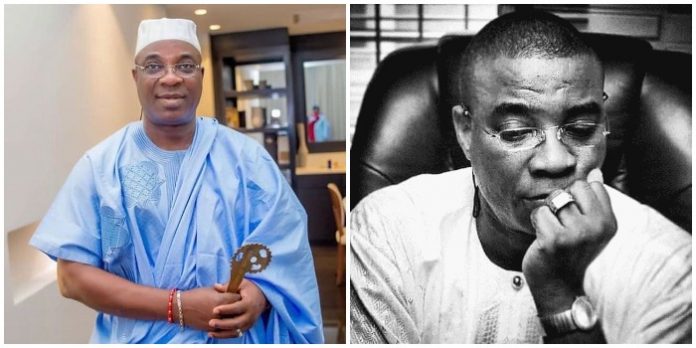 In the last 3 months or so, the king of fuji music K1 has not been sleeping well and according to findings, this is because he now plays every blessed day with the exception of only a few days.

If he is not playing in Ijebu today, he will be in Ibadan, or Lagos or Otta.

According to City People, Kwam 1 is now the only musician who performs every day of the week, including weekdays. It is as if no party is complete without King Wasiu Ayinde being part of it, as many celebrities no longer fix a date for their parties without first consulting the Oluaye of Fuji.

And wait for this! Do you know he doesn’t come cheap? For you to get K1 to consider your request for him to perform at your party you will be talking of N4 million, reveals a source. But he can come down slightly if you are his friend or you come through someone he respects, after so much pleading. That shows you how most sought-after he is.

What happens now is that many celebrities often let K1 give them a date. They will simply give him an idea of their desired month, and he will check is a diary and give them a date that he is free to accommodate their event.

He has also become the artiste that commands high patronage in terms of the huge sums they spray him at parties. On a good day, K1 attracts close to N3 million or more on stage. Once the Big Boys and Babes know that it is K1 on the bandstand they usually storm the party prepared with bulk sums. No Big Boy or Babe steps on stage to spray K1 without having at least 1.5m in his pocket or handbag. That assures you at least 45 minutes of non-stop praise-singing. He is soon to embark on his world tour. All his fans in the US are waiting for him to come over and thrill them this Summer. The tour will start in September.

Whilst other musicians are struggling to cope with the bad economic climate, K1 is smiling to the bank.

Lets also add that there have been times he even plays 2-shows a day. There was a day he played in Ota and left for Lagos immediately to play at Radisson Blu at Ikeja GRA, that evening.

Why is everyone crazy about K1’s music? K1 says it is the Grace of God. “Aanu ni mo rigba”, he once told City People. City People also gathered that it is because of the unique nature of his music. He has over the years transformed his genre of music. Like he himself once sang, he has added a lot of sweetness to the way he sings. His composition also is unique. He takes his time to compose.

What does it take to have K1 at one‘s event? City People investigation reveals that a K1 charge varies from 4 million and above. Do you also know that he sometimes turns down some shows?  He is a massive brand. Some rich elites even have to shift their events to accommodate his tight schedule.

K1 performances for 2020 was over 500 shows. And this is authoritative.

In an interview which was granted by this living legend to Sahara Tv, he reveals that he performs a minimum of 15 shows per month and sometimes it is more than 15 shows. His words were “ I do a minimum of 15 shows a month. Sometimes we perform nonstop. People do all sorts of things, sometimes people call us and say we are doing a private in–house party and we want you to come and perform abroad. Can you give me the time and charges? “I have over 82 albums in the over 40 years of my music career”, he revealed.