MaDailyGistGet the Latest Gist in Town
More
GOSSIPGet Daily Gist
More
Home General News “How I Planned my Wedding with Only 1k in my Account, paid... 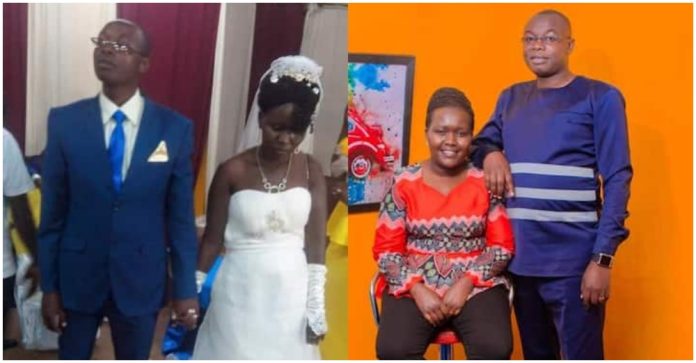 Jorim Okello and Irene Rono, both born-again Christians, have been through a lot in life. Yet, they are a great example of grass to grace. Okello and his beautiful wife have been married for seven years and recently celebrated their seventh marriage anniversary. 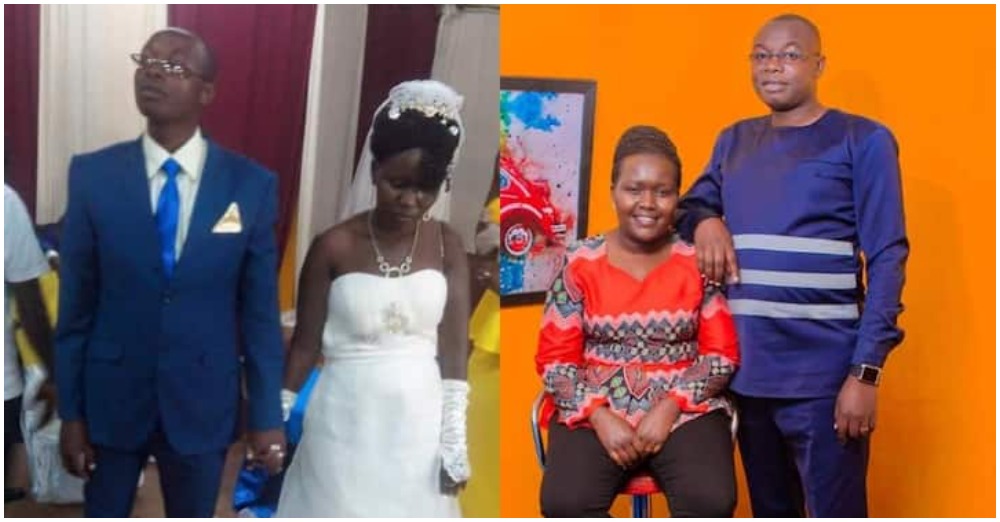 In an exclusive interview with a trusted Kenyan news media Tuko, Okello revealed that he met his wife in 2012 at a church service while studying at Moi University, Kenya.

“I was in a relationship with a lady I wanted to marry but she disappointed me. We continued being friends. She (my ex) invited me to preach at a local church in her hometown. Irene was part of the choir that was invited to sing and when I saw her, I fell in love with her,” he said.

The soft-spoken man said he had prayed for a wife, and immediately after the church service, he approached her and asked her to be his girlfriend, but she refused.

“Irene told me that she had a heart problem which nobody could understand her…I was convinced she was going to be my wife,” he narrated.

The outspoken man was not shy of falling in love with the Form Four leaver. Okello said he pursued Irene for almost a year and in 2013, she accepted to be his girlfriend.

Staying pure before marriage and wedding

Okello and Irene tied the knot on December 5, 2015, in a simple wedding ceremony at an Eastleigh church. He said they were broke at the time they walked down the aisle.

The prayerful man, who has three degrees, revealed that he and his wife stayed pure until marriage.

He said his church members played a major role in their wedding, yet they were broke.

“There was heavy traffic jam and I arrived at the wedding venue at 5:30 pm and the bride arrived at 6pm,” he said.

They exchanged vows at 6pm.

Okello revealed that he paid only one cow for dowry, because he was poor, revealing that soon, he would be visiting his in-laws to pay the bride price again.

“I want to take better dowry after 2022 election and will re-wed my wife in a big ceremony (renew wedding vows) now that God has blessed me,” he said.

“We never went for the honeymoon. We got only KSh 2k (N7,263) from the wedding guests and used it to rent a room in Park Road on our wedding night and went back home the following day.”

The couple got their first child a few months after their wedding and Okello said things changed.

He disclosed that his wife’s heart problem became severe and could even faint for an hour and was always in and out of the hospital.

‘I didn’t have a job and friends helped me settle my wife’s hospital bills,” he recalled.

Okello said he decided to fast for seven days and prayed to God to heal his wife because she was in so much pain.

The 31-year-old man said they used to live in Kayole, Nairobi, and life became unbearable at some point.

“We would go hugry for days and even lacked money to pay rent. The owner of the school where I used to work didn’t pay us for more than four months and later closed it down,” he narrated.

Okello was forced to go to Mandera in 2016, where he worked for three months before returning to Kayole, due to insecurity reasons.

The couple was blessed with a second child three weeks ago and the excited father said:

“We tried getting another child from 2015 and God blessed us with another one recently,” he said.

After they got married, Okello took his wife to school to study in 2017 and she graduated recently with a diploma in human resources. 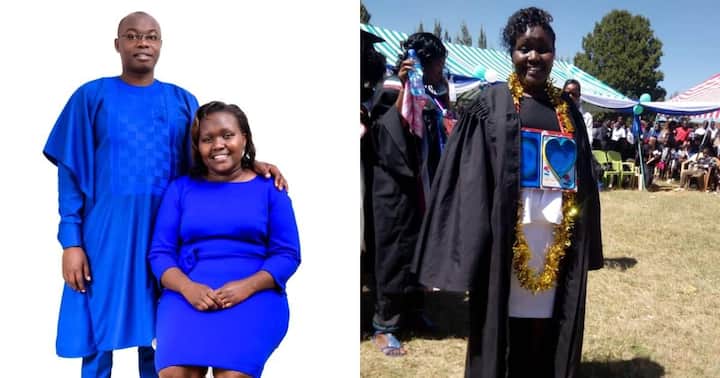 The father of two showered his wife with praises for being patient when life was tough.

“I used to walk from Kayole to Garden Estate to teach three kids at home and would earn KSh 150, which wasn’t even enough for fare,” he recalled.

Today marks 7yrs with my queen since I said "I DO"..It has been a tough journey but today we celebrate…Thanks my love…

In 2017, Okello got a job with IEBC before he was promoted and he moved to Eldoret with his family.

“I see my wife as my mother and best friend. I would choose her (Irene) over anything because she loves me immensly,” he said.

Okello said his wife will be turning 31 in January 2022 and he promised to buy her a car just to show her how much he loves her.

“Love your wives, treat them with respect ,and give them a good environment to live in. Pray and trust in the lord and He will change your lives, mine is a great example,” he said.