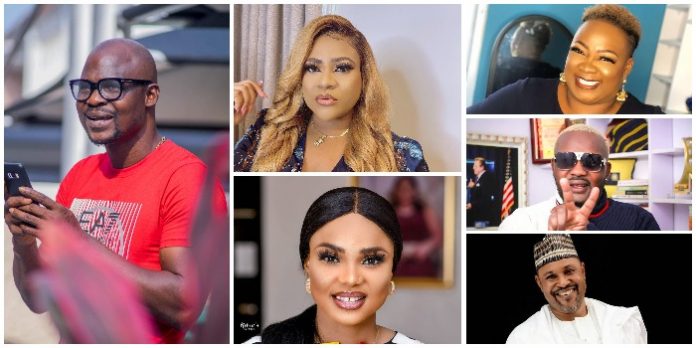 We are yet to see the last of embattled Nigerian actor, Baba Ijesha’s alleged r*pe and molestation case as the issue has slowly degenerated into more serious cases.

Recall that Baba Ijesha made the rounds weeks ago after he was arrested for allegedly r*ping a 7 years old girl under comedian, Princess’ care and was caught on tape molesting the same girl 7 years after.

The case left tongues wagging on the social media space as it generated mixed reactions. With some celebrities pitching their tents with him as they chastised Princess for bringing the issue to social media while others stood strong behind the broken hearted guardian.

A social media user with the handle “strongandbeautiful” commented on a popular social media blog, iterating on the fact that the Baba Ijesha brouhaha has caused many damages in the Nigerian entertainment sphere. he wrote, “This Baba Ijesha head self no good, his crime has lowkey affected a lot of relationships , the father sinneth na the children dey suffer am pass, Lord have mercy .”

It’s worthy to note that the above comment is not far from the truth. relationships, jobs and friendships have been destroyed in the Nigerian entertainment sphere. One of which is that of Iyabo Ojo and Yomi Fabiyi. Yoi Fabiyi stood behind Baba Ijesha while Iyabo Ojo supported Princess.

The past few weeks have seen Iyabo Ojo and Yomi Fabiyi tearing each other on social media. Yomi went as far as accusing Iyabo Ojo of threatening to kill Baba Ijesha. An accusation Iyabo didn’t take lightly that she had to serve him a cease and desist letter from her lawyers.

However, Yomi Fabiyi wasn’t moved by the letter as he continued to troll her. he eventually used the opportunity to beg for funds online in order to shoot his next movie project he titled, “Oko Iyabo”, meaning “Iyabo’s husband” (obviously to spite the mother of two).

Saheed Balogun and Comedian Princess‘ friendship was also affected. This comes after Saheed was accused of being the one who bankrolled the release of Baba Ijesha after he was arrested. This earned him a lot of backlash from Nigerians, as many rained curses on him.

Recall that Baba Ijesha was accused of molesting a 14-year-old foster child of comedienne Damilola Adekoya, popularly known as Princess.

A CCTV footage showing the 48-year-old and the teenager went viral on the internet weeks ago.

Ijesha was granted bail days ago after his Lawyer revealed in a letter he wrote to the commissioner of police that the culprit was very lean and also now limps in police detention.

According to Baba Ijesha’s lawyer, the actor was granted bail due to his health issues.

“He has been granted bail about one hour ago. We are working to perfect the bail. He was granted bail on health grounds. He has not been released. He will be released after his bail conditions have been met” part of his post reads.