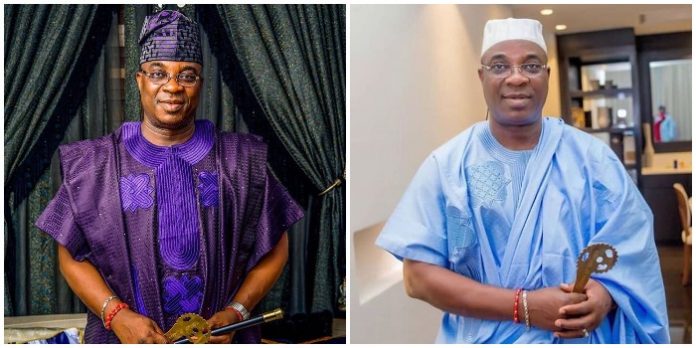 The king of fuji music and the Mayegun of Yorubaland, Wasiu Ayinde Anifowoshe popularly known as Wasiu Ayinde Marshal or K1 De Ultimate is said to have assigned a personal physician to attend to him at all times.

The overwhelming demand on the king of fuji music with his music endeavors and juggling it with his kingship role without adequate rest has paid its toll on his health as he went for a medical check-up.

This prompted K1 De Ultimate to have a doctor monitoring his health at all times. The expert, who is a registered medical doctor, is believed to spend twenty-four hours a day with the 64-year-old veteran musician.

It was learnt that Kwam 1 employed a medical doctor to be with him at all times in place of taking a long break to pay attention to his body to recuperate properly.

We gathered that: “ The demand for his service is too much, rather than take the prolong break Kwam 1 opted to employ a medical doctor who will be on hand all round the clock every day of the week to monitor his health and prevent anything untoward”

In other news, Wasiu Ayinde recently displayed that musicians also have tempers as he walked off the stage during his performance at the 70th birthday party of the wife of the Olubadan of Ibadan, Oba Saliu Olatunji.

The birthday party was thrown at the  Jogor Hall of Grace where dignitaries and important personalities from all over the country thronged to the venue to grace the occasion.

The moment the legendary musician showed his temper was when he was asked by the Master of Ceremony to give K1 a short time to perform. In a fit on rage, he walked off the stage and refused to get back an perform again until the timely intervention of Ibadan high chief, Akinade Fijabi to make his perform again.