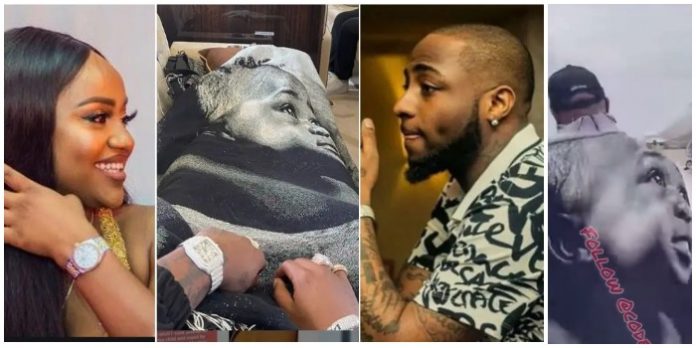 Clearly, the love Nigerian entertainer and music executive, Davido has for his son, Ifeanyi, is arguably the greatest among all his children.

You would recall that a few days ago, Davido shared a stunning photo of Ifeanyi and cited that Ifeanyi is the heir to solidify his place in his life and the photo sparked a massive stir on social media.

In another interesting development to this, the ‘Assurance hitmaker has customized his duvet with the face of Ifeanyi as he was seen with the duvet wrapped around him whilst making his way into his private jet for a trip.

Meanwhile, a few believe that Davido may be stirring unnecessary drama and envy among his baby mamas. See reactions below;

chez_olayemi wrote: He should just be careful and try not to cause unnecessary wahala. How are the others suppose to feel? Number 1 reason we should all avoid polygamy

ella_esther_damian wrote: All I see is father’s love

oluchi.samuel.758 wrote: He really loves his kids so much

i.am.akuchi wrote: This guy still have so much feelings and affection for Chioma