MaDailyGistGet the Latest Gist in Town
More
GOSSIPGet Daily Gist
More
Home General News God Will Expose Any Wickedness Around Me – Davido Reacts after A... 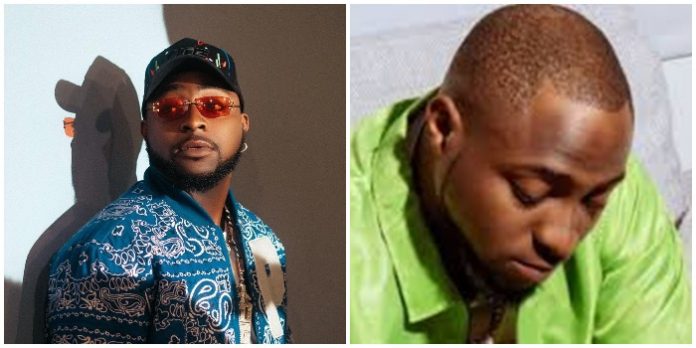 A Nigerian pastor has shockingly prophesied that singer Davido would be poisoned and killed by one of his boys who live in his house.

A Nigerian pastor has issued a stern warning to sensational singer David Adeleke popularly called Davido, to be careful of those he associates with, especially in his house.

In a video making the rounds on social media, the clergyman who obviously was ministering in his church recalled how he told his congregation that something terrible would happen to the singer.

According to the clergy, he has never met the singer or known him in person, adding Davido would be poison through drink, rushed to the hospital, and unconscious.

The pastor said he has been dealing with it in the place of prayers; however, God said it would happen, and the evil act will be carried out by one of the boys staying with Davido in his house.

In his words: I told you about one singer called Davido, they will poison him. I don’t know him, I’ve never seen him in my life, but they will put something inside his drink, he will be rushed to hospital, he will be admitted, he will be unconscious. I’ve been dealing with it in place of prayer, but the Lord said it would happen, and the person that will poison him is sleeping in his house.

Davido is someone who always goes around with his DMW crew to every single place and they sometimes sleep together and here is the case a prophecy has come that one of them who lives in his house is going to poison him.

Some netizens reacting to the prophecy of the pastor asked Davido to sack all the boys who live in his house and also watch out for what he eats and drinks to be able to avert this prophesy and save himself from being killed.

This is going to be a very hard thing for Davido to sack all his boys from his house and watch out for what he eats or drinks around them at any moment if he doesn’t want his life to be cut off by someone he’s helping.

Singer Davido has reacted to the prophesy of being poisoned and killed by one of his boys who lives in his house saying God will expose the person.

Davido reacting to the prophesy said he’s blessed and the Lord will expose and deal with any wickedness around him and far away from him praying for his life so the prophesy from the pastor never come to pass.

Davido with faith in God has revealed that every wickid person around him or near him, or even far from him would be exposed by God and God will deal with such a person so his life isn’t cut of because of their wickedness.

Some netizens reacting to his post asked Davido to cut the number of people surrounding him short and be more vigilant this time around even though he has prayed and have faith that God will deal with the wicked people around him.

Davido is always surrounded with a lot of people therefore if someone wants to harm him through what he drinks or eat is going to be easy therefore it’s up to him to be smart and save his life after praying to God to expose all the wickid people around him.

God will expose and deal with any wickedness around me near or far AMEN ..😇 I’m blessed