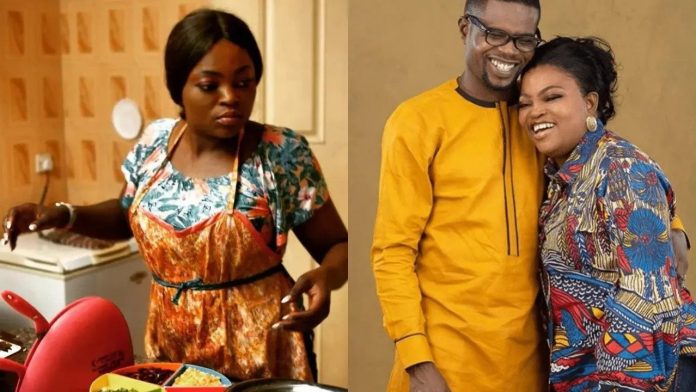 Nollywood actress, Funke Akindele’s husband, JJC has revealed what happened the very first time she cooked for him.

This comes after the mother of two shared a video of herself doing some cooking in her kitchen.

Reacting to this, her husband, JJC wrote in the comment section;

“From the first time you came to my place to cook. It was game over my chef for life”

Meanwhile, Funke Akindele has been listed on Forbes ‘100 Icons from Africa and in reaction, she announced that her time is here.

Sharing the News on Instagram moments ago, Funke Akindele wrote “Been filming and writing back to back and then @swankyjerry sent this to me like “Sis, you never see?” Thanks swanky. I’m so honored. Thanks @forbesafrica#hardworkpays#keepmoving#yourtimeishere#dontgiveup” 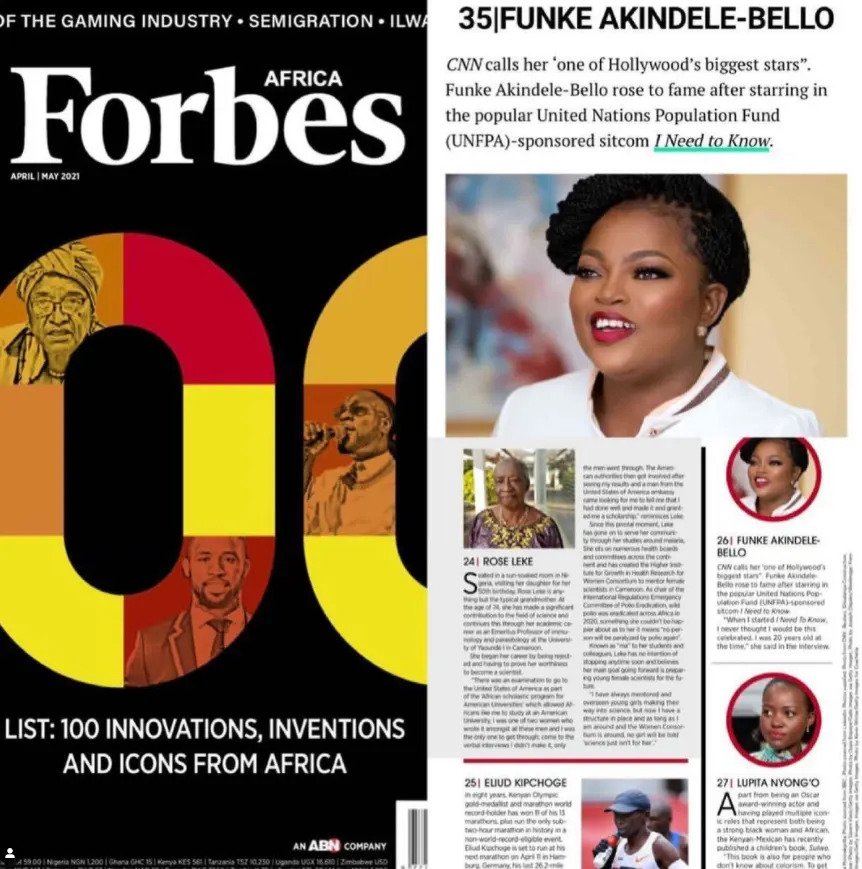 According to Forbes, the list was curated from Hollywood exports and Grammy artists to award-winning ideas that can save the world.

It also stated that the list is a way of “celebrating those whose ideas, inventions, and influential role models have aided Africa’s growth over the last decade.”

Forbes on its official Twitter handle, @Forbesafrica, alongside the list wrote, “This is a way of celebrating those also with the award-winning ideas that had defined the African continent and influential role models that have spelt Africa’s growth over the last decade.”

Forbes described Burna Boy in the publication as one of the biggest and most successful African artists on this continent. While Genevieve was described as the trailblazer of Nollywood.

In reaction to the news, JJC gushed about his talented wife, revealing how super proud he is about her latest achievement.

Sharing the photo of his wife enlisted as Forbes 100 Icons, he wrote;

”I’m so excited ? Congratulations my love @funkejenifaakindele Thanks to @forbesafrica for the recognition. Hard work pays. #wemove #proudhusband #bellos”

@iambimbothomas wrote “You’re worth even more, hard worker aiye. May God continue to strengthen you. And us all”

@zubbymichael wrote “Ahead ahead… General mama”

@swankyjerry wrote “Congratulations biggest African star in Hollywood … it’s plenty …. you deserve this and more … you are a whole ICON”