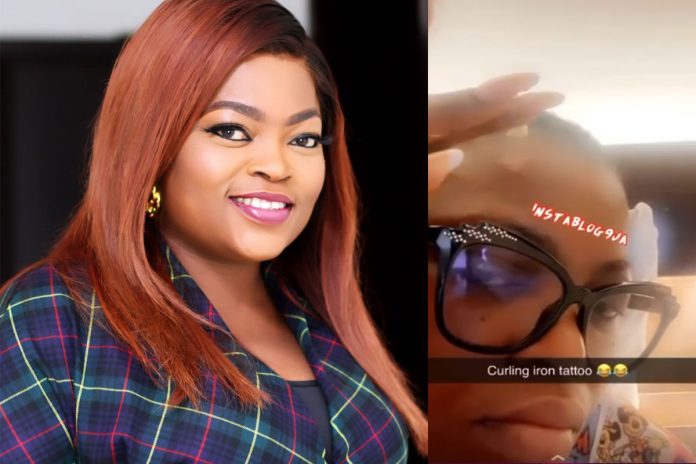 Nollywood actress and producer, Funke Akindele has suffered head injuries due to domestic accident during a beauty session.

Funke Akindele who raise to fame with her viral television series, ‘Jenifa’s Diary’ shared a video of her treating an injury she suffered on her forehead due to the accident.

Sharing the video, she captioned as ‘curling iron tattoo’ and fans, after watching the video has sent their well-wishes to her via Instagram.

@folagade_banks: Awww Sorry lefty… One of the most hardworking women of Nollywood 🙌🙌 .. Our best !

@julyprince_: There is nothing u people won’t carry and go and post. Even she wouldn’t believe this will worth being picked by blogs

COWS DON’T GIVE MILK
A peasant used to say to his children when they were young: —. One day when the oldest turned 12, he anxiously asked his father what was the secret of life. So the father explained.

They have been accustomed to getting whatever they want the easy way…But No, life is not a matter of wishing, asking and obtaining. The things that one receives are the effort of what one does. Happiness is the result of effort. Lack of effort creates frustration.
So, remember to share with your children, from a young age, the secret of life. So they don’t grow up with the mentality that the government, their parents, or their cute little faces is going to give them everything they need in life.
Remember “Cows don’t give milk. You have to work for it” have a lovely day. 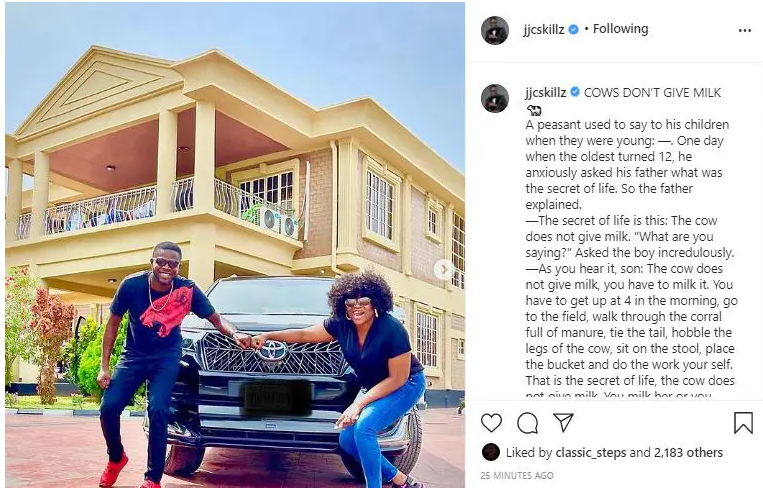