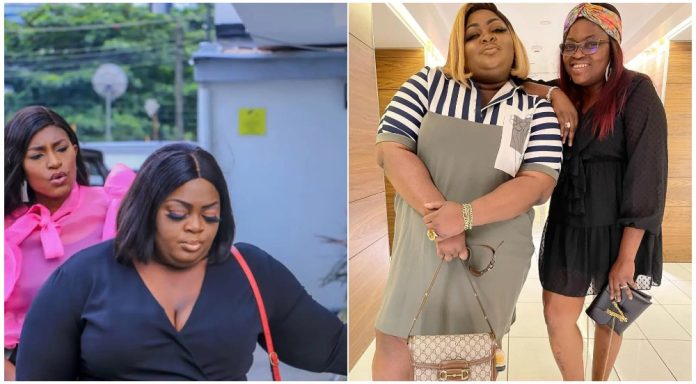 Nollywood actress Eniola Badmus has cried out about being called a fake friend by her colleague and best friend, Funke Akindele.

In what appears to be a joke, Eniola Badmus shared on her Instagram page said Funke Akindele cannot fight her now, especially as she is preparing for her 20 years in Nollywood celebration.

Eniola Badmus said Funke Akindele called her a fake friend, and she needs someone who will help her plead with the actress not to fight with her until she finished her 20 years on-stage party. 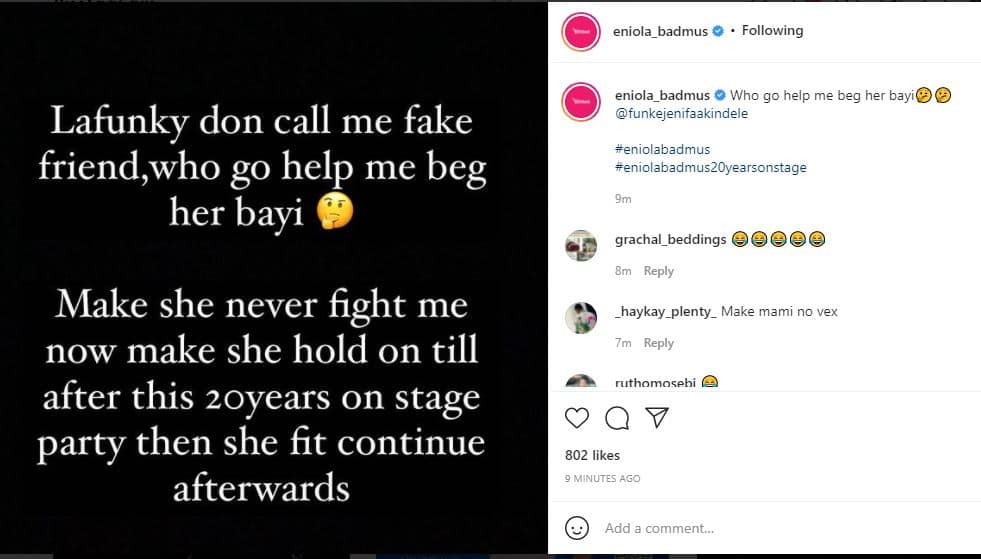 Recall Funke Akindele reacted after Eniola Badmus revealed that popular fuji musician Kwam1 would be playing at her 20 years celebration in the movie industry.

In a post shared on her Instagram page, the chubby actress revealed she paid a courtesy to his royal majesty Oba Elegush to discuss her 20 years celebration in Nollywood.

Eniola Badmus further disclosed that Kwam1 would be performing at the event, and she is sure the celebration will be memorable.

Reacting to the post, Funke Akindele, who always joke about her friend at every opportunity, said Eniola Badmus is eager about people spraying her money at the event and why she is hosting Kwam1.