MaDailyGistGet the Latest Gist in Town
More
GOSSIPGet Daily Gist
More
Home Celebrity/Entertainment Did You Know Bobrisky Had A Song? – Check Out What She... 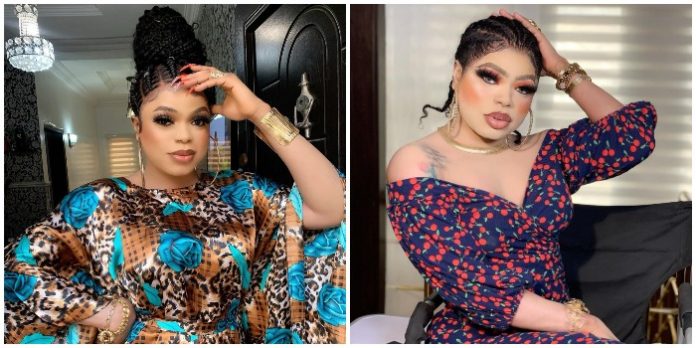 Guess most people never knew Bobrisky had a song and a video of her singing has shocked a lot of us as we wonder when she released it.

The video shows Bobrisky singing as an artist alongside some Nigerian artists and that has got fans rolling on the floor because she was funny.

It appeared Bobrisky only appeared in the song just for fame because her voice wasn’t suitable for what she was singing and that made fans laugh.

She was compared to DJ Cuppy by some netizens as they say Bobrisky is the male version of DJ Cuppy as they both can’t sing to suit the ears.

Meanwhile, Nigerian crossdresser, Michelle Page has fired back at colleague, Bobrisky after the latter mocked him over his dressing.

Some days back, the controversial male barbie shared a photo of Michelle on his page and dragged him to filth over his dressing.

“What is this? is this not someone father trying to hustle by wearing wig and painting face. Let advice dis person to change his phone first. Now let talk about his wig, who is the hair vendor? What happen to his man lip. Lastly from those big finger you will know he’s an old man.” Bobrisky captioned Michelle’s photo. 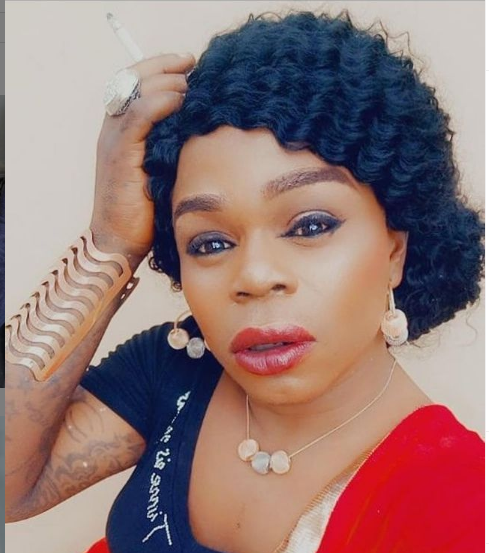 In response, Michelle page who averred that Rome wasn’t built in a day, and that his crossdressing can only get better, shared an old photo of Bobrisky, where he used sachet water to make up for his breast and in turn dragged Bob to pieces.

“Ha ha ha aseni sera e, thanks bob for the publicity i gained a few followers, I don’t have your time yet, ill be posting one of ur old pic where u used pure water as breast maybe u wl understand the word “rome wasn’t built in a day” over 100 cross dressers that are your mate are still gonna call you out until u change your evil ways. Live and lets live. Bobrisky the bully.” He wrote. 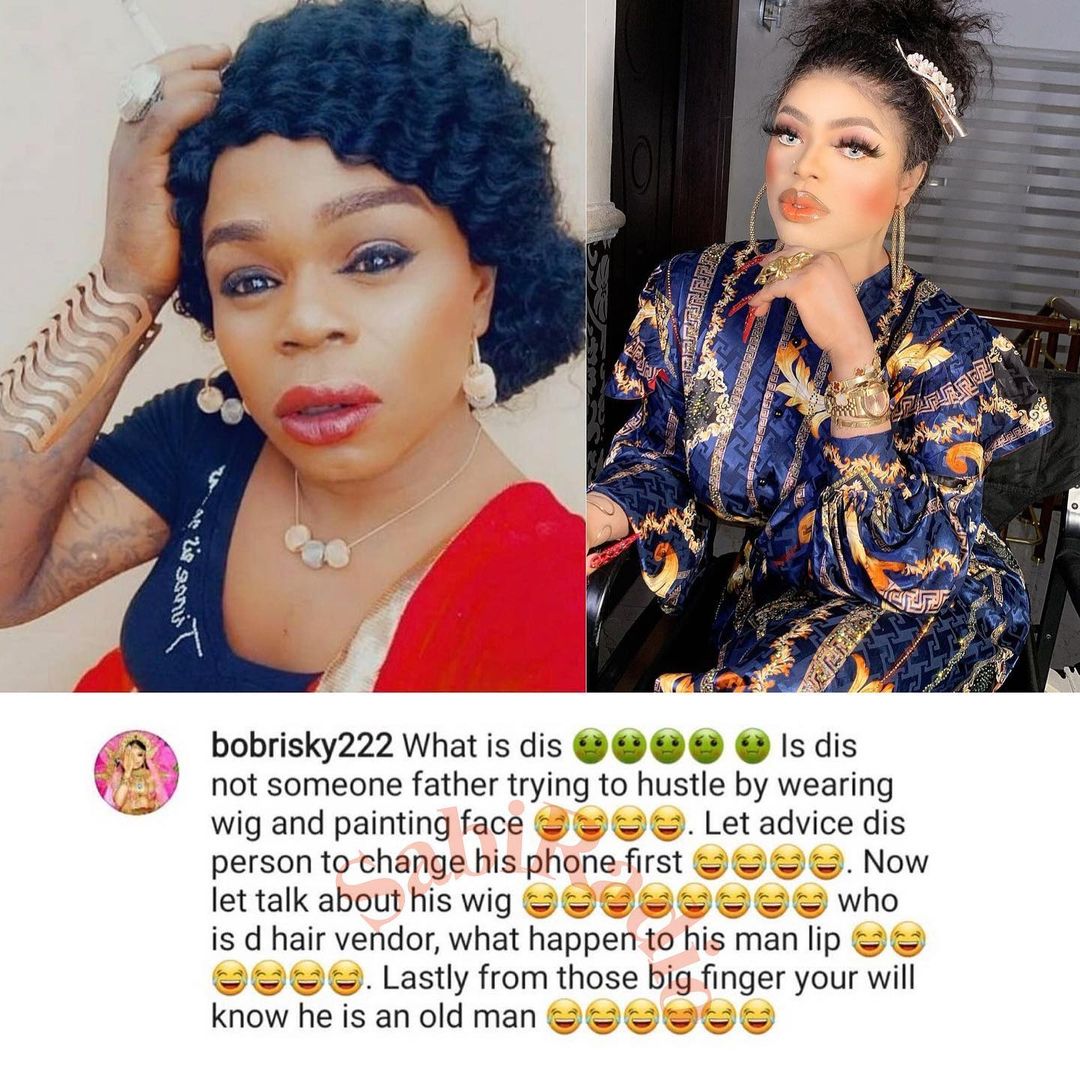 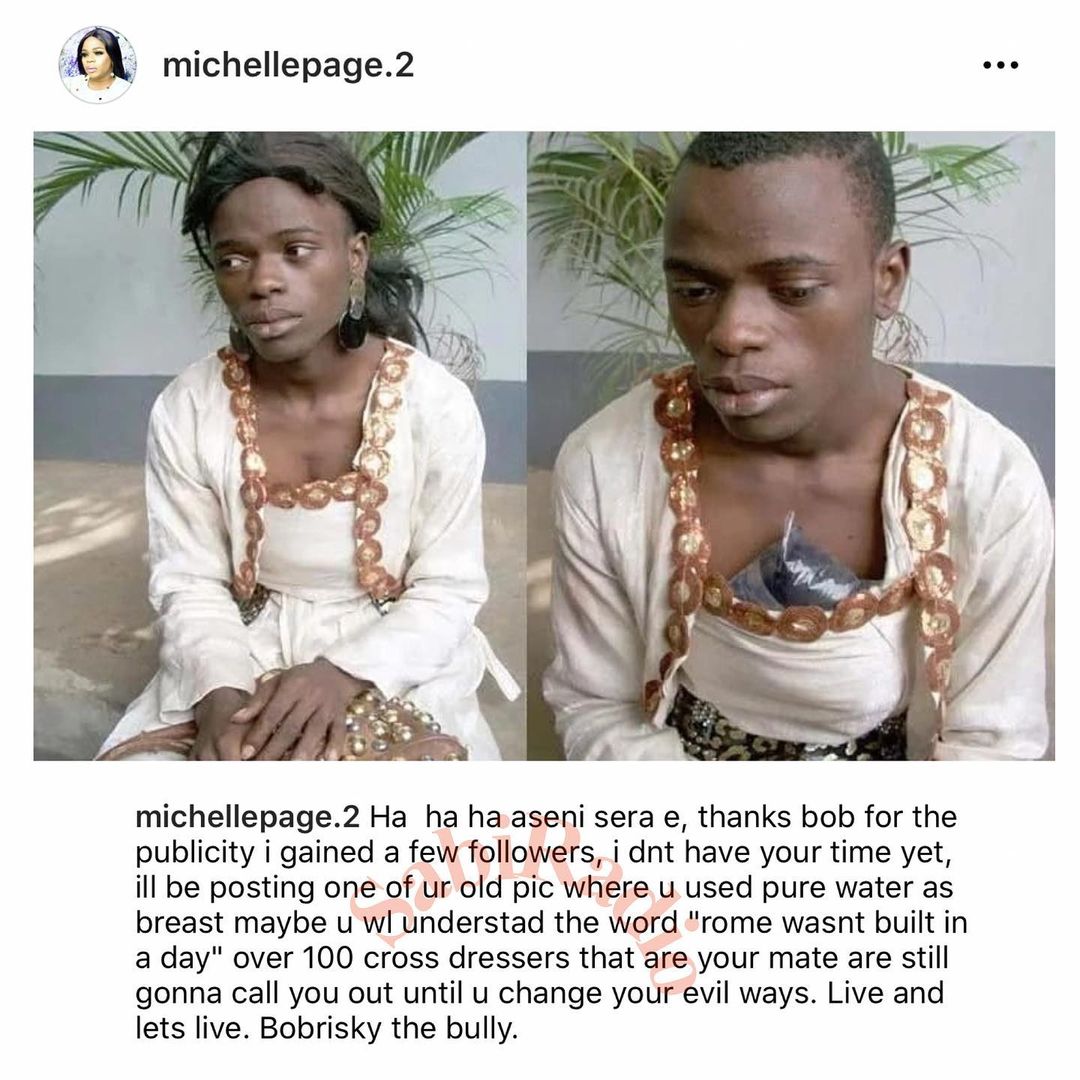