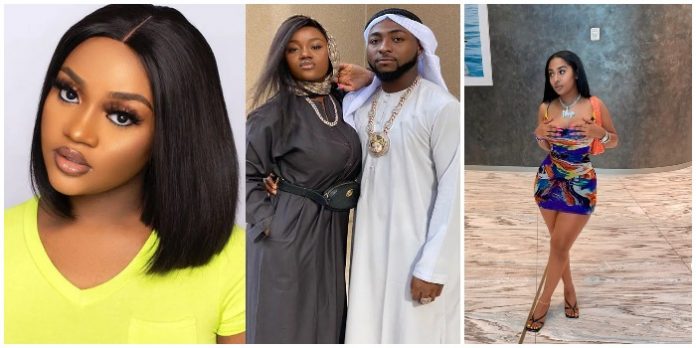 Mya Yafai, model and alleged new girlfriend of popular Nigerian singer, Davido has warned that she’s overprotective of anything that she loves.

Mya who is reportedly in a romantic relationship with the super star singer took to her Instagram stories moment ago to reveal that she can go to any length to protect whatever or whoever she’s in love with. 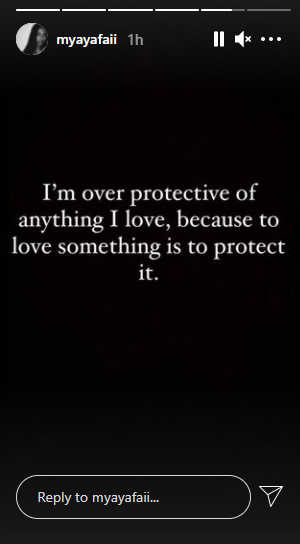 This is coming after Mya’s super star alleged lover, Davido declared his son with his estranged fiancée, Chioma as his heir apparent.

Meanwhile, The first baby mama of singer Davido, Sohpia has shared a cryptic message of not fitting in just a few moments after Davido confirmed Ifeanyi as his heir.

Davido shared a photo of Ifeanyi, his son with Chioma confirmed him as his heir apparent which means he takes over his 30BG empire and all that is in his name, and just a few moments after that his baby mama Sophia Momodu has shared a cryptic message.