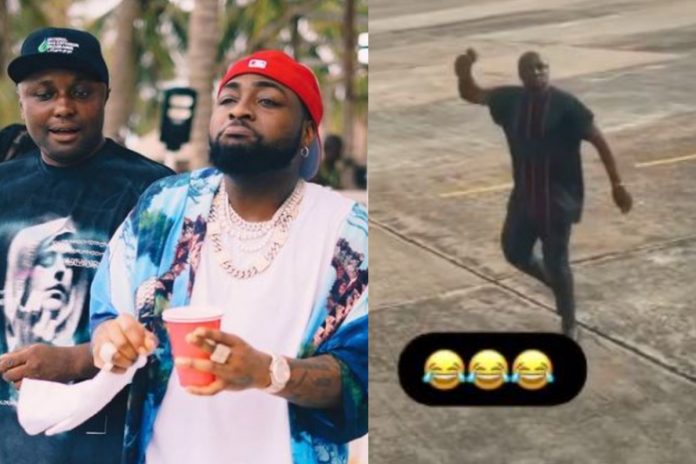 Davido‘s logistics manager Isreal DMW has come for those asking him to stop respecting and worshipping Davido because he’s older than him asking them to do that to their bosses.

Isreal DMW is part of the few DMW crew who follow Davido and hails him so much for things he does for them and some netizens seem not to like how Isreal has been respecting and worshipping Davido hence has asked him to stop.
Isreal DMW replying to them said they should always insult their superior bosses at their workplace and tell them they are mad because they are senior to them by age but as for him, he will worship his own just the way he has been doing.

According to Isreal DMW, he knows where he’s coming from and for that reason, he isn’t going to disrespect his boss just because he’s older than him and he will continue to worship him to have his daily meal saying Ogun will kill all those talking rubbish to him.

To Isreal DMW, respecting and worshipping Davido despite the age difference is no issue for him just as some of those complainings also respect and worship their superior bosses who they are older than and that is never going to change with him for any reason.

Davido, on the other hand, treats all his crew members as brothers, therefore, none of them has a reason to disrespect him and Isreal DMW holds him in high esteem because of what he has done and is still doing for him hence there’s no way he will disrespect him. 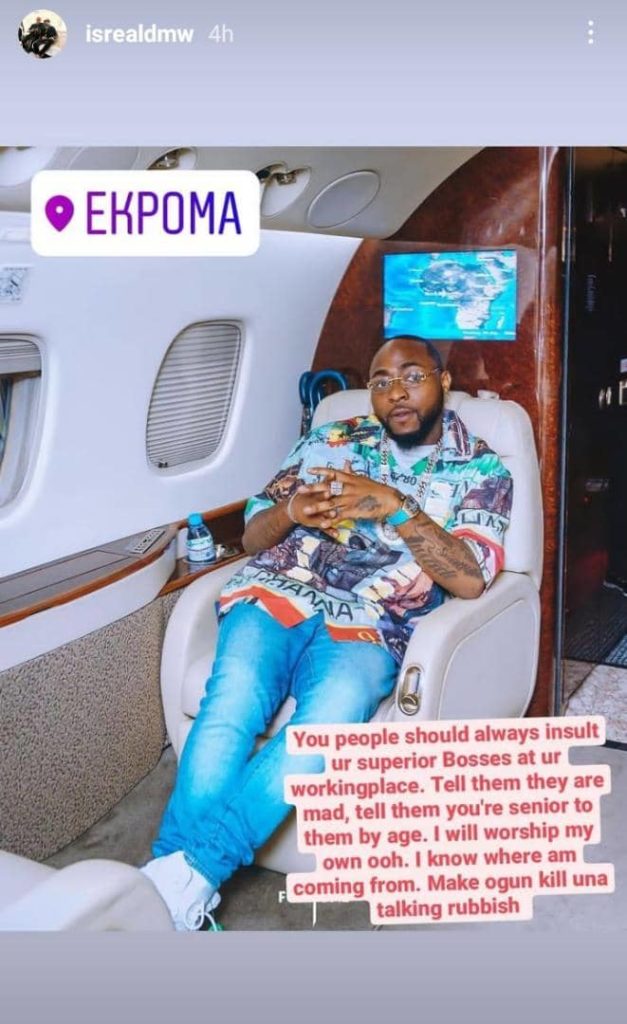