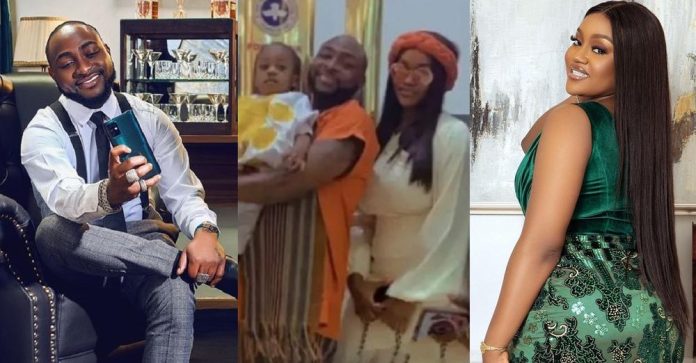 The duo were engaged to be married in 2020, but sadly their relationship went south and it was alleged that they had broken up. However, neither of them came out to debunk or validate the allegation.

Few months ago, Davido was spotted with American model, Mya Yafai, and it further fueld reports that the singer had moved on from the mother of his only son. But there is still no proof to solidify claims of their separation.

The ex-couple’s son, Ifeanyi, turned one recently and they threw a party to celebrate his new age. To the surprise of many, Davido was present at the event and he took pictures with Chef Chi and their son.

Some netizens opined that the duo still had ‘chemistry’ because a video which went viral shows Chioma ‘touching’ the singer’s shoulder.

The ex-celebrity couple also attended church service together in what was said to be a thanksgiving service for their son’s birthday.

In a new development, attention has been drawn to the fact that the duo are now following each other on Instagram again. 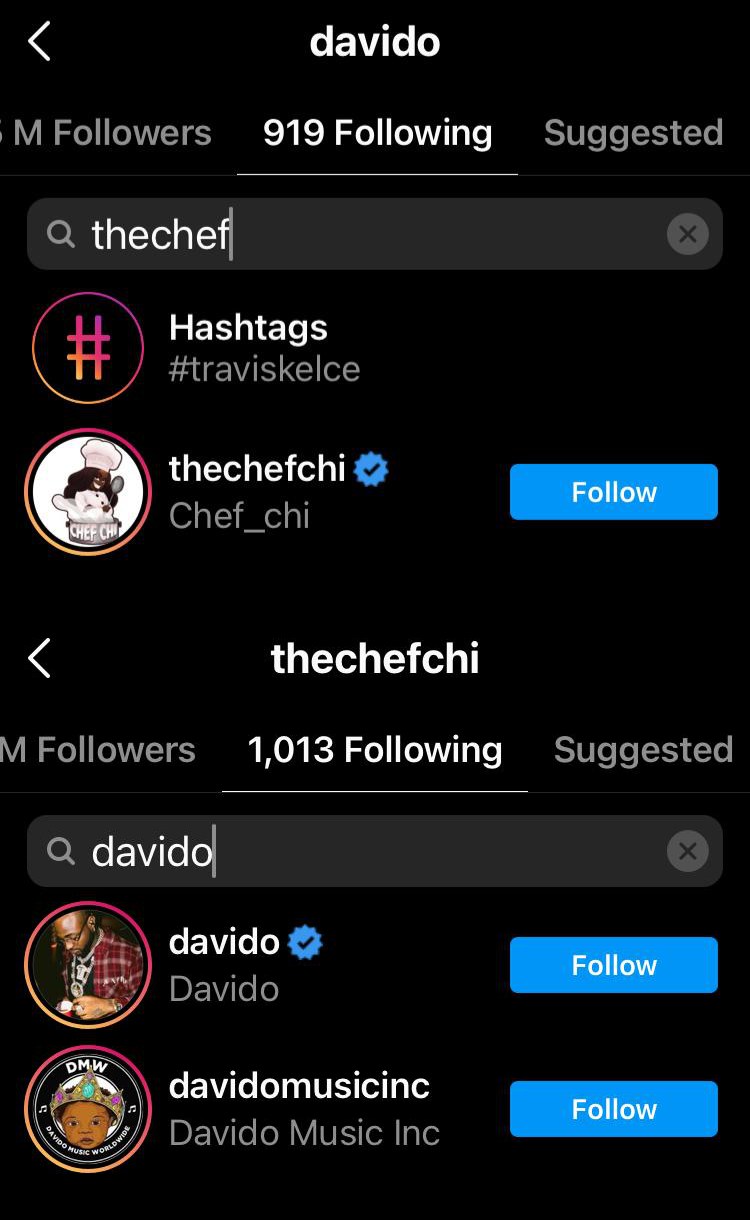 This is coming after the duo were recently spotted for the first time since their rumoured split. They were seen together at their son, Ifeanyi’s second birthday party, and also attended Church service together with Ifeanyi, a day after his birthday.

In a video that found it’s way to the internet Chioma could be seen walking into what seemed to be a branch of the Redeemed Christian Church of God (RCCG).

In the video that served online Davido and Chioma captivated hearts with their matching colors, as the singer’s Dashiki matched with his baby mama’s orange scarf.