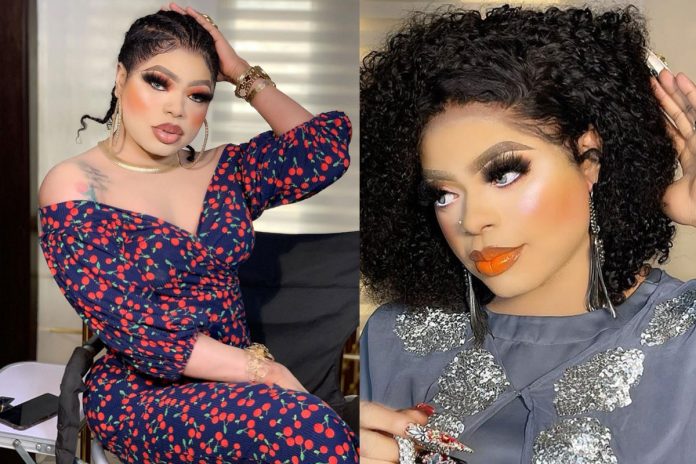 Bobrisky shared a video of a young man and claimed he is his son and this was made know after a following mistook the young man for his Personal assistant as the man could be seen in the video helping him remove his shoes.

Sharing the video, the controversial brand influencer and bleaching expert showered praises on the young man for treating him like a queen.

However, concerned fan after seeing the circumstances he went through with his former PA Oye Kyme, who called her out and made wild allegations at him registered their displeasure over the choice to bring another stranger into his house, but he allayed their fears claiming that the young man is his son. 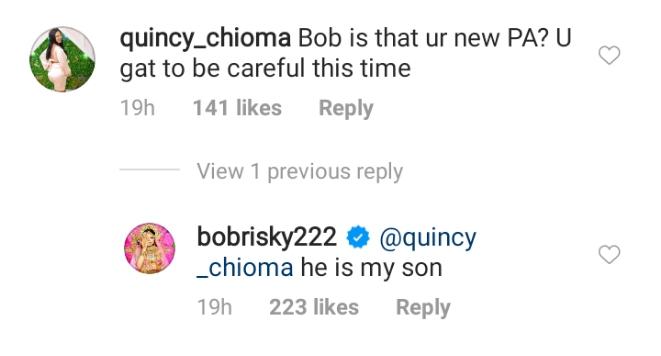 Bobrisky has once denied in an interview that he’s gay claiming he’s still into women even though he’s dressing as a woman but his former P.A. Oye has claimed that he’s gay and is sleeping with some married male celebrities.

Meanwhile, Bobrisky’s PA Oye Kyme alleged that Bobrisky has been sleeping with some married male celebrities and that he is gay although the latter debunked the notion some weeks ago.

Most of the Nigerian celebrity that you guys are seeing are gay I just can’t believe what my eyes see, I wish I can wipe all these memories but I can’. Many of Nigerian celebrities will lose there fans if I start mentioning names.

There married but still fvckin man I stay 3 months with Bob and a lot was happening, I we better move on because if italk now people will still say am lying 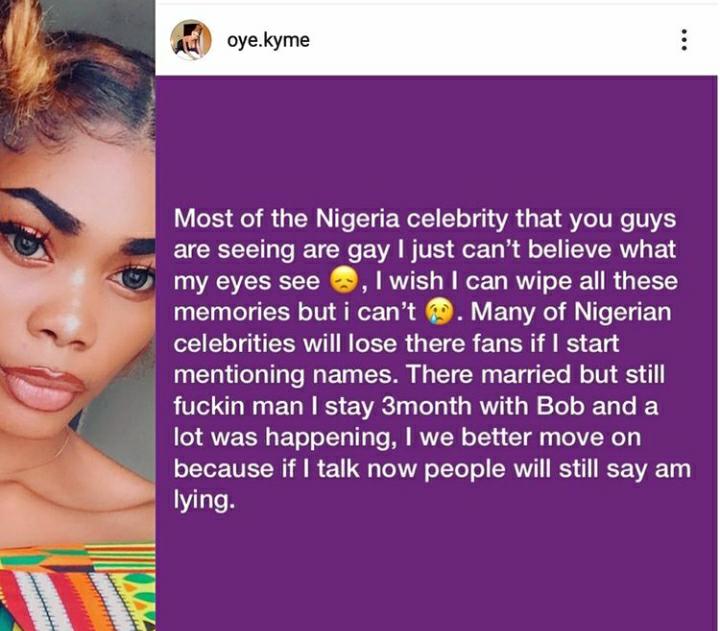