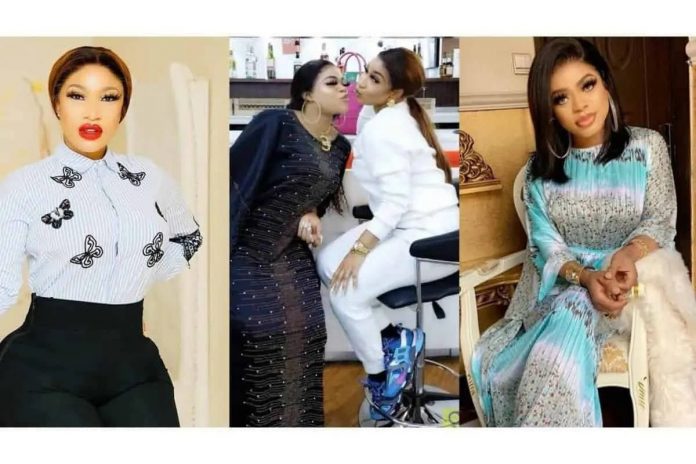 Bobrisky has finally opened up on his ongoing fight with Tonto Dikeh and why they unfollowed each other. Bobrisky confirmed he and Tonto Dikeh are no longer friends. 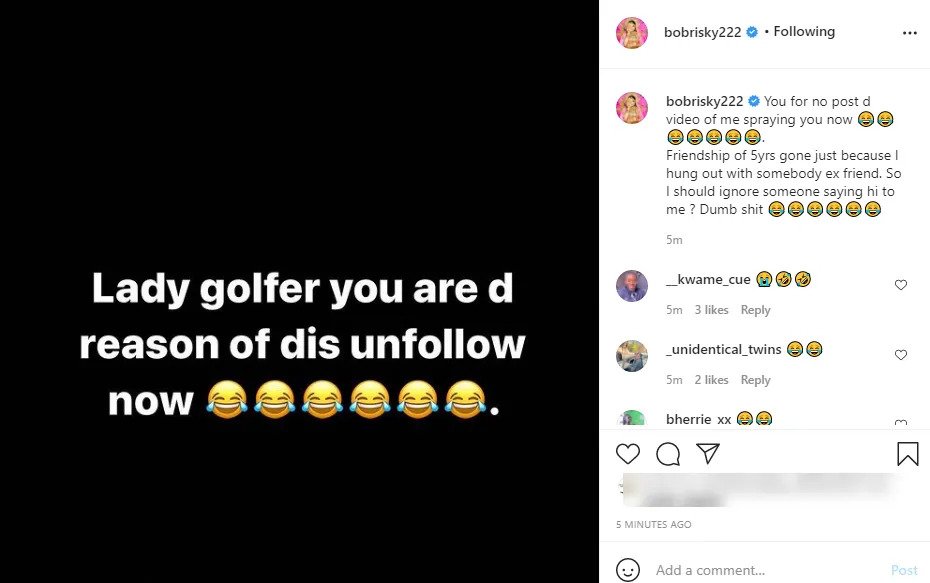 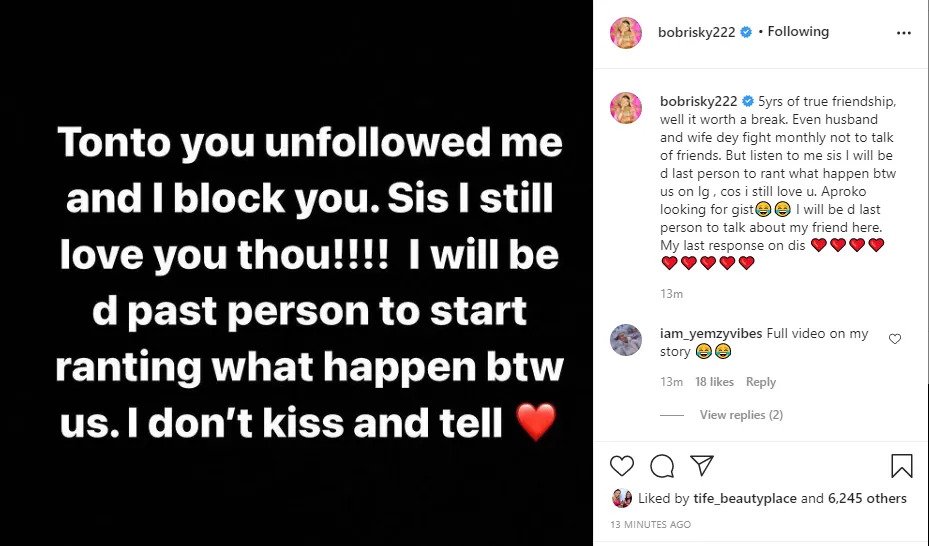 Reacting to the reason Bobrisky gave,

@thefiercequeen_ wrote “Befriend Bob at your own risk”