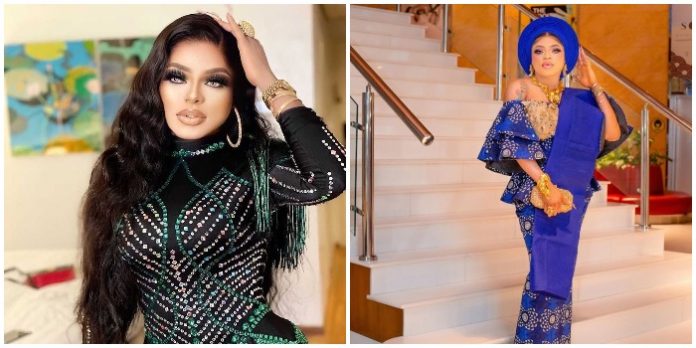 Bobrisky has allegedly wanted to flee the country but he was stopped right on his track after he was subjected to intense interrogation by US Embassy.

This wild allegation was shared by Gistlovers, the anonymous blogger who has been tormenting celebs for some time now on Instagram.

The source claimed Bobrisky was questioned on his source of income and revealed he has been selling skincare products for the past eight years.

Gistlovers further added that Bobrisky was spotted at the US embassy in a red dress while advising those having a business with Bobrisky to collect their money before he escaped.

“Hello tueh tueh, Biko o I no fit settle fight o, if Idris is owing you please get your money before he run comot o, information reaching vawulence headquarters now be say Bob was sighted at the US embassy this morning. Them reject am.

“Him say he get costmetic line say him dey sell hair join. Say him dey do skin care business for the past 8 years too. According to our source, he was wearing a red bubu, collect your money o Bobo wan raun o, I come in peace. Make Una collect Una money o,Igi Ewedu oni wo pawa o.” Previously, Oye Kyme, the former personal assistant to Nigerian controversial crossdresser Bobrisky took to social media to render her profound apology to whoever she might have offended after her explosive revelation that she was pregnant,

Her post generated much buzz online as Bobrisky’s name was smeared all over her disclosure which greatly inconvenienced Bob and his fans.

In the post she shared, the young woman said she was never pregnant and everything she did was a prank for a business deal and now that the business has ended, she is resorting back to ‘default settings’. She posted;

Her alleged boyfriend also simultaneously had this to say about the whole brouhaha.

“I would like to state that I am not responsible for Oye’s pregnancy. It was all a business deal and I apologize to family and friends who did not understand it this way I want to disassociate myself from the story and debunk any rumours flying around now or in the future. My sincere apologies to everyone for me thinking this was a great idea” 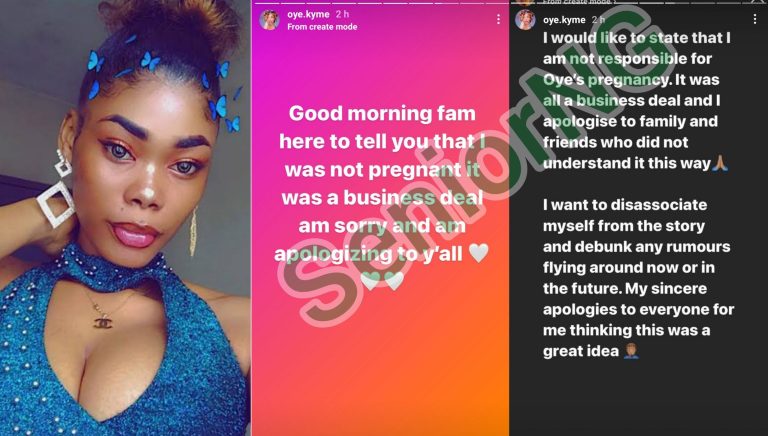