Recall that the 21-year-old writer, while introducing herself to her fellow housemates in the BBNaija house disclosed that she lost her first boyfriend when she was 19. According to her, she has not had time for love since he died, however, she did not reveal how he died.

Well, the Akwa-Ibom born housemate held a Question and Answer session on her Instagram page recently and gave her followers the unreserved opportunity to ask any question they’ve always wanted to ask her.

A curious fan grabbed the opportunity and asked how her boyfriend died. In response, Angel revealed that he slept and never woke up again. 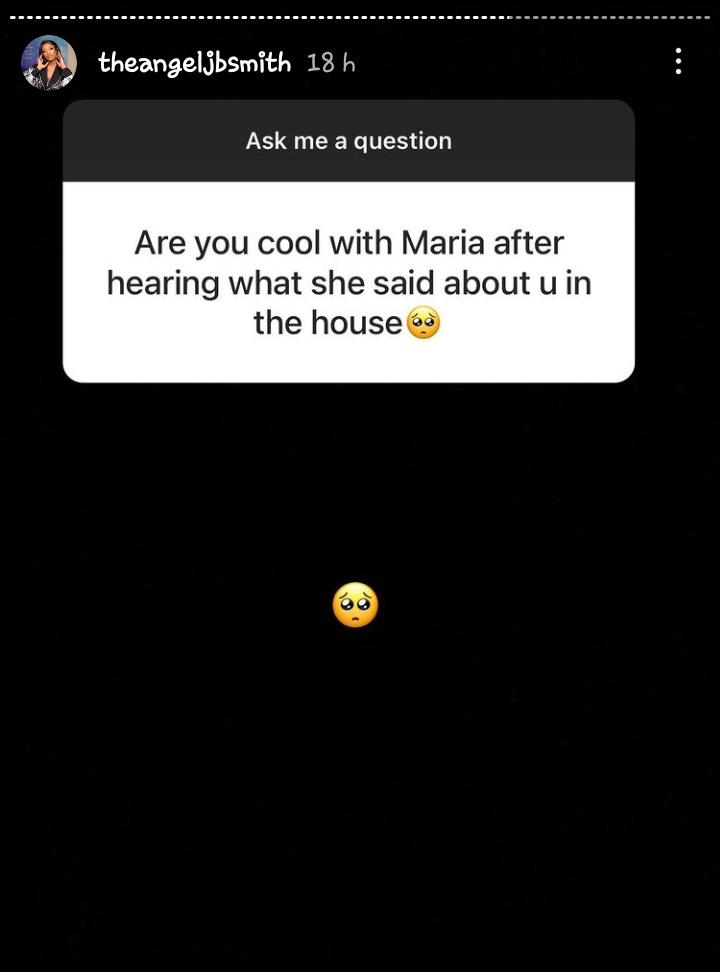 Another fan also asked if she has forgiven her co-housemate, Maria, for slut-shaming her while they were in the house. However, Angel did not give a direct response. 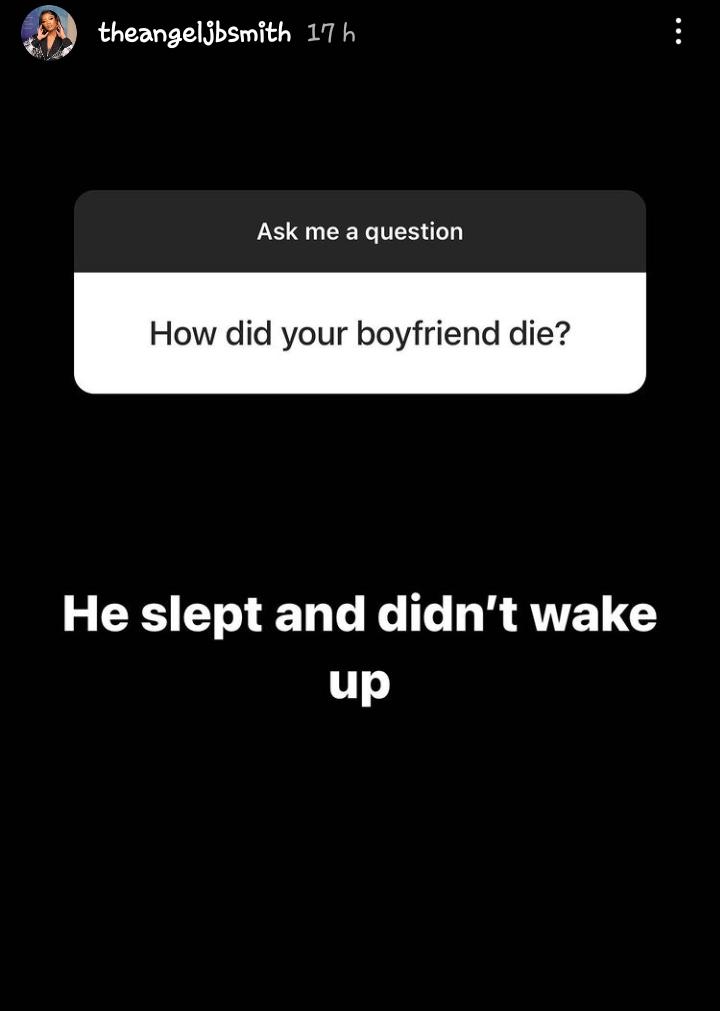 Taking to her Twitter page, Angel disclosed she just acquired a 4 bedroom rented apartment as she shared the amazing news with her fans online.

Being skeptical about the time of the announcement, the reality star revealed to her fans if she broke the news in a good time as she shared the win online.

Idk if now is a good time but I wanted to share my win with y’all and tell y’all that I just paid rent for my first permanent apartment.

And it’s a 4 bedroom apartment y’all. I have my own space.

Many netizens have attacked the star as they find the announcement unnecessary at a time where the youths are fighting against police brutality, while some had congratulated her on the achievement. @jumanjistores wrote: Ok no problem. Let me know when you buy fridge and gas cooker ok.

@arinolaa wrote: I can understand how she feels … Super great💕