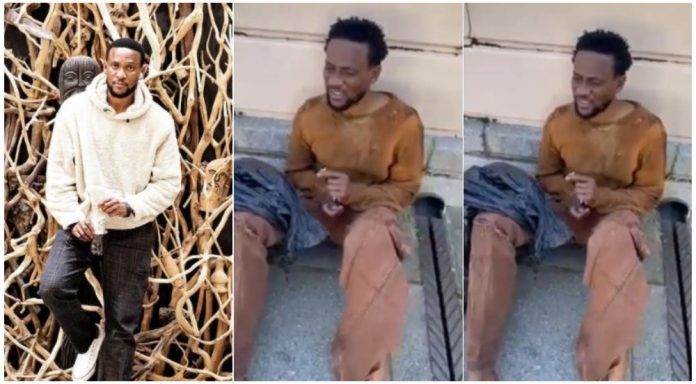 Ike Onyema posted a disturbing video of Omashola sitting in the middle of the street, untidy.

This comes a few days after Omoshola, in a post shared on his Instagram page, cried out to fans that he is lonely and depressed.

We earlier reported that the reality star seems to be having a tough time as he revealed his present condition while sharing a photo of a paper soaked in tears.

Omashola said he is lonely even in the world surrounded by people, stating that he has been faced with so much pressure from his mates even though he had always believed in himself to make things work.

Omashola stated he is slowly getting to his breakpoint even though he is trying to keep calm and feel unbothered about it.

However, a video of him looking unkempt has generated several reactions and worries among his colleagues and fans on social media.

Ike Oyema, who shared the video, said he was worried about Omashola after seeing his last post about being depressed.

Ike Oyema added that he hopes the recent video of Omashola is a skit adding that he has been away from social media since his last post.

He wrote: I just hope this is some sort of skit or movie @sholzy23 After seeing your last post, should I be worried? You haven’t been active on social media since your last post…call me! Instagram users reacted, informing Ike that he made a mistake by posting the video without first seeking Omashola’s permission. 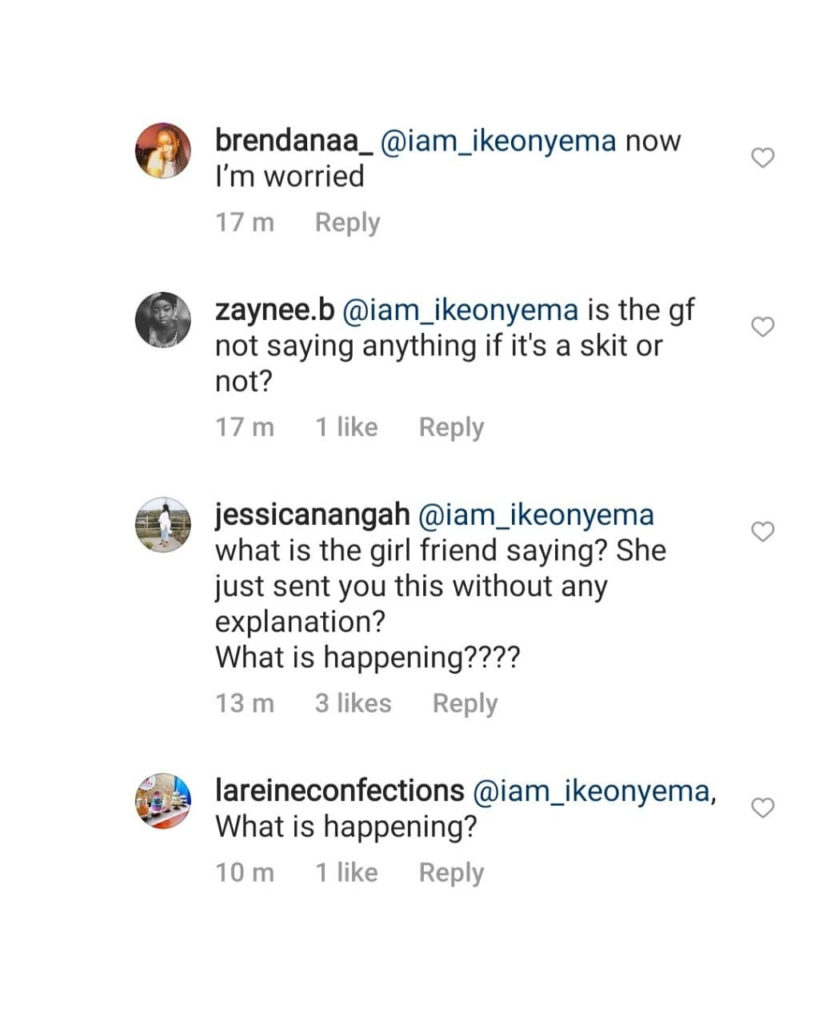 See how netizens reacted to the video;

sennaa313 wrote: Nawao some people don’t read and understand, he said his been calling and Omoshola is not picking…

holasteve1 wrote; My own problem is with the person that designed the Nigerian coat of arm.
He saw Eagle and Horses fighting, instead of him to separate them, he went and wrote peace and unity. Na where the problem of this Country start.

atse___ wrote; He did the right thing by posting it cuz social media is a huge platform for people to reach out to him easily…. Also he called countless times and he didn’t pick up so watin una want make he do ? Nor be he go post am make he colleagues and family quick see am

minacherry wrote: If he is worried he shouldn’t have posted this. Silly humans with fake friendship