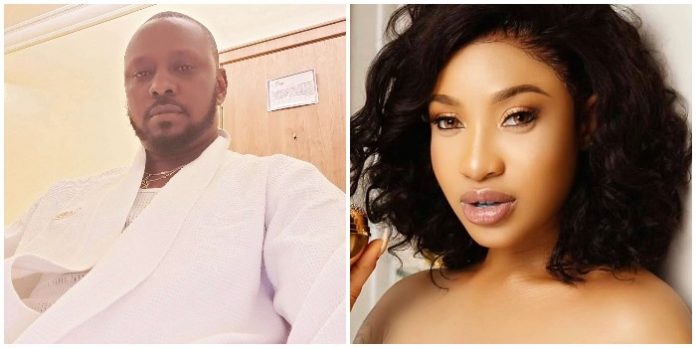 In the newest update regarding the separation of Nollywood actress, Tonto Dikeh and her former politician beau, Prince Kpokpogri, the latter has taken to social media to call her out.

In a post on his Insta stories, he asks that rather ranting, the actress should present receipts with her full chest before proceeding to hail her ex-husband and father of her son, Olakunle Churchill. 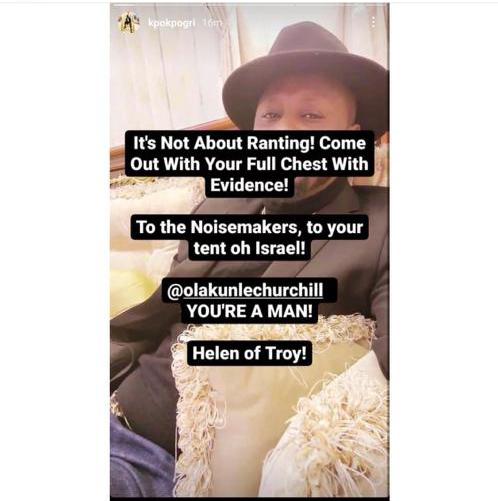 For context, the breakup reports of Prince Kpokpogri and Tonto Dikeh became viral on social media after a leaked audio conversation between Prince and his alleged pimp made its way to social media.

While the politician has since denied being the voice behind the conversation, his relationship with the actress has however gone south which is potentially what led to their breakup and they unfollowing each other on social media.

Things have further taken an interesting turn as Kpokpogri recently liked the picture of Bobrisky’s cake on Instagram. 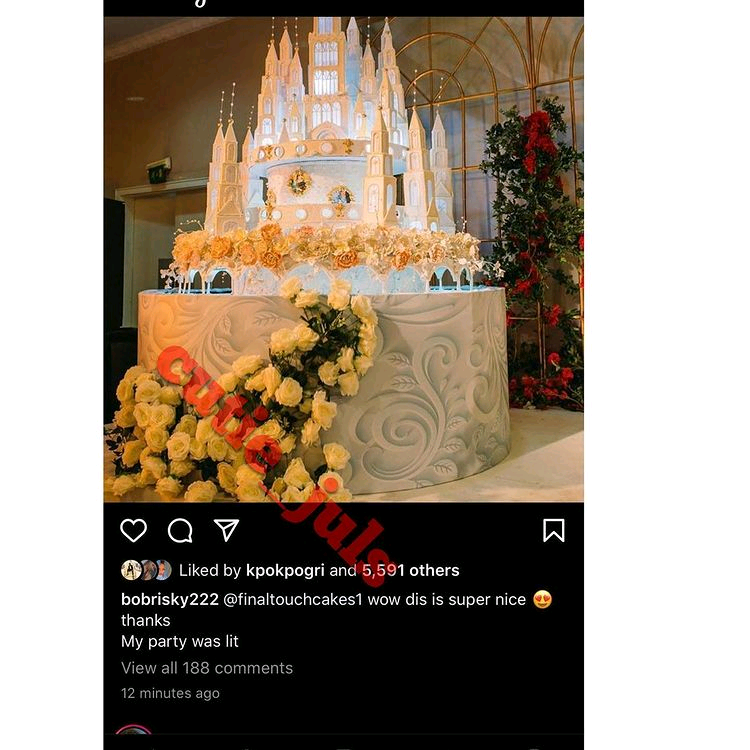 He did not stop there as he clicked on the follow button of the crossdresser’s page. Bobrisky has also returned the gesture. 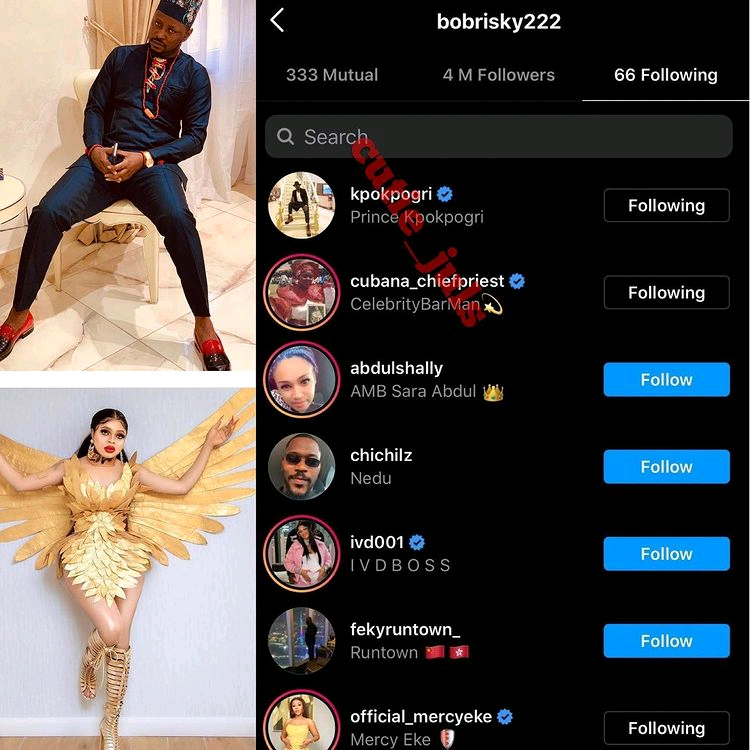 Meanwhile, reacting to the breakup, Tonto Dikeh, in a post shared on her Instagram page, said she is not perfect and working to become the best version of herself.

Tonto Dikeh added that she is not the person people think she is or wants to be like but just a simple old version of herself.

She wrote: I AM ME.I AM not perfect, But I’m working on myself. Working to become the best version of myself. I AM working on myself to continue to expand my own self, through my work and in my own way. 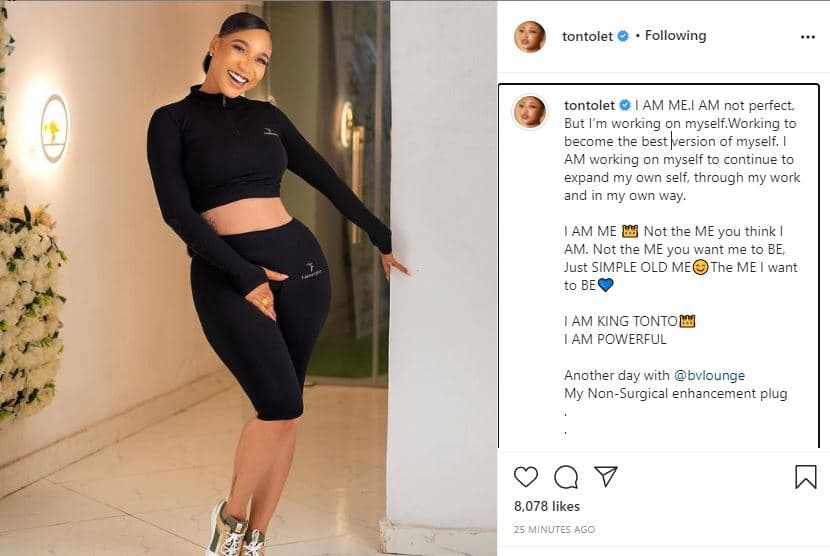 Although the two love birds never clarified the issue till date and it’s surprising to see that Tonto Dikeh has blocked Prince Kpokpogri on Instagram.

Often, unfollowing and blocking one’s spouse on social media are always rumoured to be an element of trouble in a relationship or relationship break up.